------------------------------------------------------
Yesterday's Blog
The cunning plan was to compose the blog on the train returning south from Doncaster. So fbb charged up his dongle, always an infuriating and frustrating process and set to work upon leaving Bradway Tunnel, south of Sheffield. Owing to an appallingly bad 3G signal it took the chubby one until Cheltenham to upload three pictures and write a few snippets of text. The train was so full that it was impossible to plug in the laptop.

Then, just after Bristol both the mouse and the scratch pad stopped working.

Things were a little better at Exeter St Davids with a good signal and the return of the scratch pad. So fbb set to work with at least 25 minutes before departing, possibly once again into Devon's dongle deprived darkness "where be dragons".

Almost immediately the laptop ran out of battery charge and switched itself off! 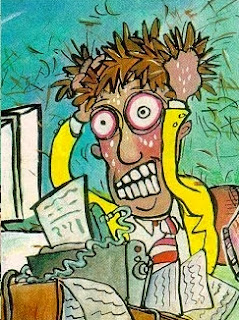 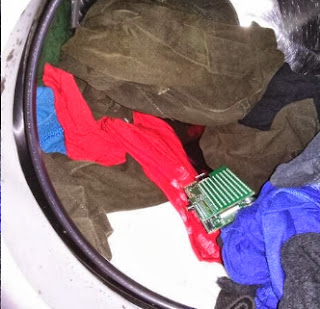 We have been overwhelmed with news to report this week. Starting with the most important, you'll be glad to know that Ben's computer did, in fact, survive the washing machine. After drying it out for two days in a tub of rice, he booted it successfully. Great to know that the machine can stand being submerged in 40° water for a couple of hours.

One of the essential but oft-ignored mantras of information delivery is, "Do not let the technology tail wag the infomation dog." fbb preached this incessantly in the early days of Traveline and was totally ignored. A comment from "dwarfer1979" on last Wednesday's blog (read again) vindicates the fbb homily!

"Given that Traveline appears to be demanding about 60-days notice of service levels for Christmas (that is whether we are running weekday, Saturday etc service on each day), and yes, that does mean we effectively have to tell Traveline at the same time as we would for a standard registration; the Traffic Commissioners only require notification 21-days prior for changes etc for the Christmas or Easter periods, meaning Traveline needs to know a month before we legally have to decide. So, I am not surprised they seem so incapable of dealing with a significant but relatively short closure and diversion like that at Newton Poppleford."

Because we can have journey planners, these have usurped the supremacy of the printed timetable (and, in many cases, on-line ditto!). Because we can have an over-engineered database cursed with the complexities of NaPTAN, we can use it to delver lots of splendid stuff. 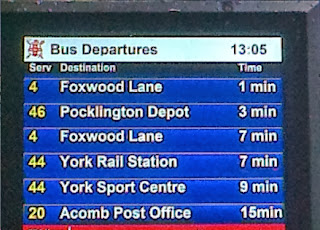 York City is proud of its screens and promises many more in 2014. The example above is at Heslington Hall but ...

How long would you have to wait for a bus to Acomb? Answer, one minute; thats where the service 4 terminates. The 20 is almost an outer circular taking several weeks to get there!

How long would you have to wait for a bus to Pocklington (assuming Pockligton depot is somewhere useful in the town). Answer, for ever. The 46 (and the 44 to York Sport Centre) stop on the other side of the road and there is nothing on the screen or the stop to tell you.

This is Wetherby bus station ... 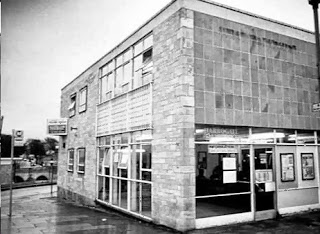 ... long since sold off  for flats and shops. This is one of the two stops which replaces it ... 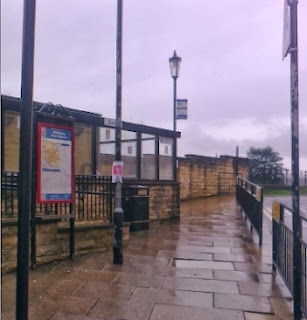 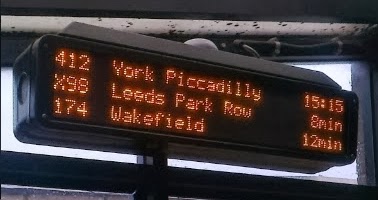 This is the stop for other services ... 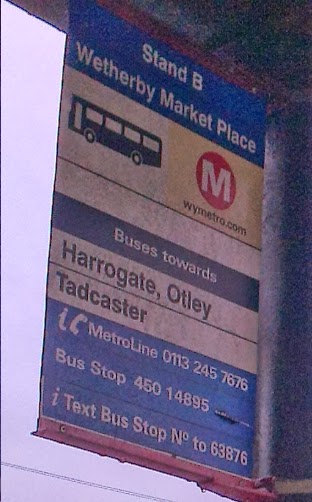 ... complete with scruffy timetable frame; impossible to read as rain dribbles down the frame and fbb! 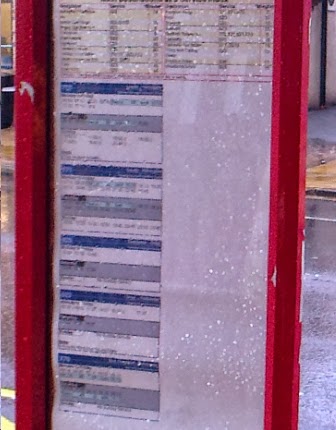 Amazingly, however, the "iText" service does work!

Next we go to Watford (Herts) where super new screens have been added to town centre stops. 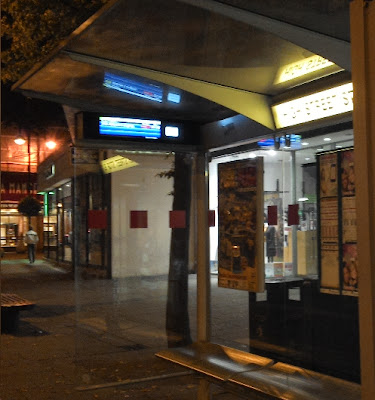 They are long thin video screens, not dot matrix ... 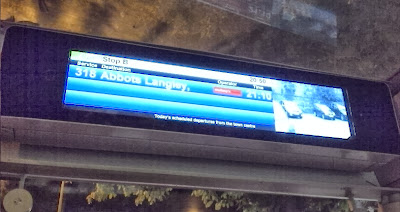 ... with a panel at the right hand end broadcasting Hertfordshire County Council propoganda. Impressive when they are working ...

... which they weren't a couple of Sundays ago; a day when paucity of buses means that such (working) screens are very helpful. The QR code (square of mysterious dots) on the right ... 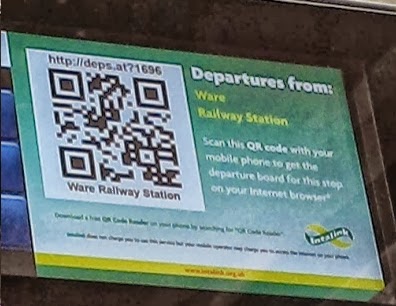 ... allows you to stand on the portable step ladder you keep in your breast pocket and scan the code into your phone to get details of bus departures from Ware Station. Hugely helpful in Watford town centre! 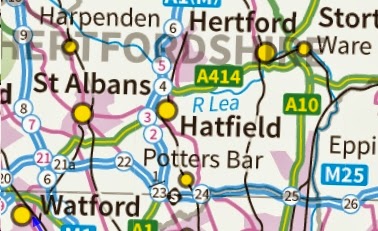 Presumably the techie that fettles up the system doesn't work at weekends.

Technology needs to be relevant and useful
It needs to be simple to manage
It needs people with good understanding of the information content
Motto: keep it simple, stoopid!

Which is why fbb  has just bought a new confuser! The first such device el chubbo owned was a Sinclair ZX81 ... 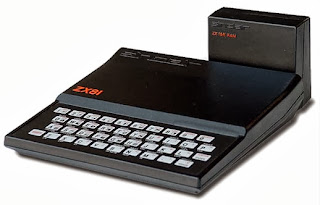 ... not much more than an interesting toy. Then along came the BBC model "B" 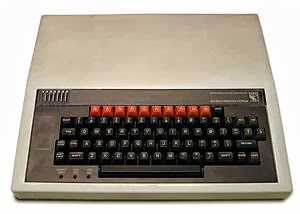 fbb remained loyal to the successors thereof and most of the core work for the Great Britain Bus Timetable and other such products was done on so-called RiscOS machines. But, sadly, a combination of old age and the move to Seaton led to an erratic failure of his Iyonix machine, irreplaceable and difficult to repair. What was to happen to his thousands of timetable files and hundreds of maps?

The answer, amazingly,  was a raspberry pie! 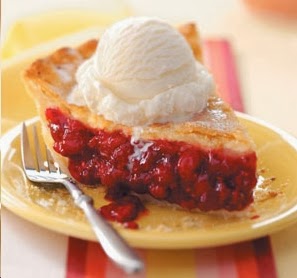 No, a Raspberry Pi without the "e". 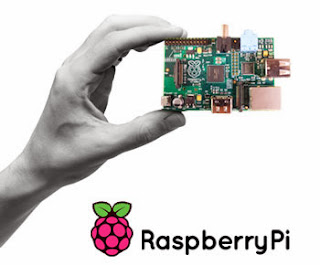 The base computer costs £30 to £40 and can be washed at 40° with comparative impunity; but best not try that at home. It comes with nothing added! What you see above is what you get! Some blog readers will have spotted a recent news item to the effect that the millionth UK manufactured Pi has just been sold (the first 750,000 were made in China). Designed to encourage young people to learn about computers instead of learning how to use Microslop Software, the core Pi can be adapted to reproduce many software systems including those RiscOS protocols that are the descendants of the original BBC model B.

So all of fbb's "stuff" is safe and working again. For the record, fbb bought a RaspberryRO (raspberry row, as in rowing boat) in a box, including an appropriate operating system plus keyboard, mouse, extra memory and four slice toaster. 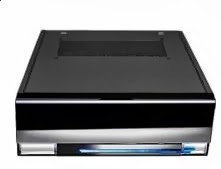 Keep it simple stoopid! (The toaster bit was a joke!)

There's nothing new to learn; it all works splendidly straight out of the box thanks to the support and expertise of Chris Evans.

No, not that one.

Or that one. But this one:- 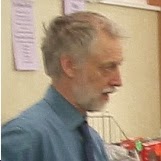 This Chris Evans is the boss of ... 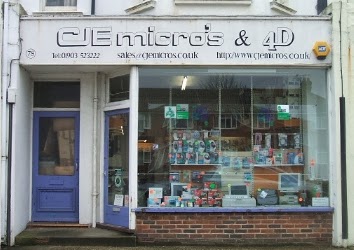 ... CJEMicro's of Worthing, by appointment supplier of computers (and user of ungrammatical company names) to fbb; and a thoroughly good egg to boot! The company web site is (here). 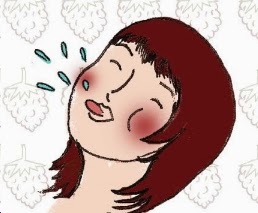 Don't blow a raspberry at anything other than Windslow software, buy one! 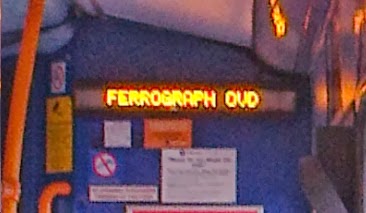