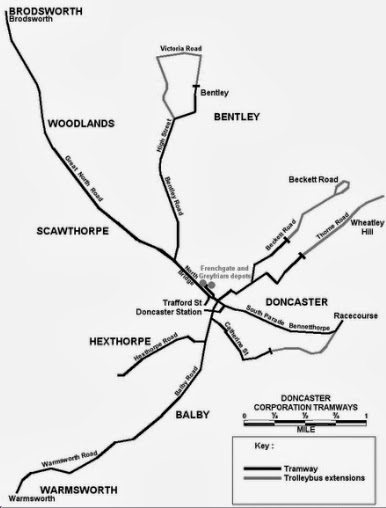 ... including the route to Brodsworth which ran way out into open country. 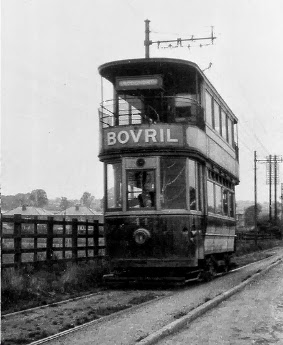 Doncaster Corporation Tramways was a network serving the entire Doncaster district, linking the town centre to Old Hexthorpe, Balby and Warmsworth, Oxford Street, Hyde Park, the Racecourse, Avenue Road, Beckett Road, Bentley and Brodsworth. From York Bar to Brodsworth, the tramway ran on a three-mile-long reserved track past Scawthorpe and Woodlands. One unusual feature of the Doncaster network was the track was centre grooved. Instead of the wheels having a flange on the inside it was in the centre to line up with the groove.

From 1925 to 1935 trams were replaced by trolleybuses taking the opportunity to extend some of the original routes. 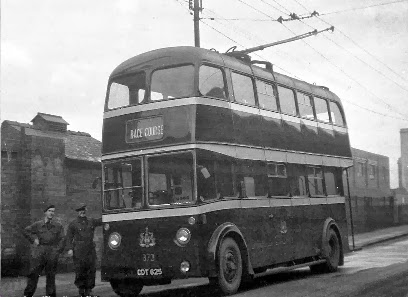 The trolleybi were withdrawn in 1963 but lived on in part as some bodies were recycled on motorbuses. They could be recognised by the wider pillar behind the front top-deck side window (as above). 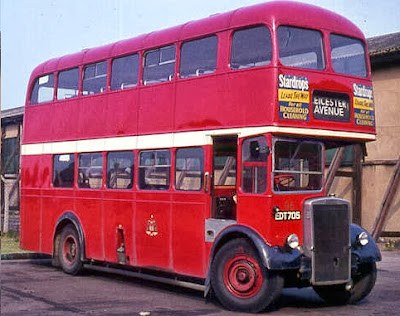 This pillar was where the electric cables were routed from the trolley poles to the motors.

In 1922 Doncaster Corporation received powers to operate motorbuses and 6 Bristol buses were ordered. In October 1922, the first motorbus route, to Skellow, was opened, followed in November by routes to Rossington and to Hatfield via Stainforth. In 1923 another route commenced to Edlington.

Corporation vehicles did not show route numbers or the name of the operator; the longest lasting paint scheme was plain red enhanced by a cream stripe. Then came revolution! The Doncaster superstripe was born in purple with white edging. The name "Doncaster Transport", also in white, adorned the stripe. 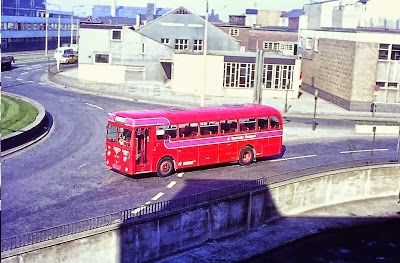 Sheffield celebrated the 100th anniversary of its first motorbus back in February ... 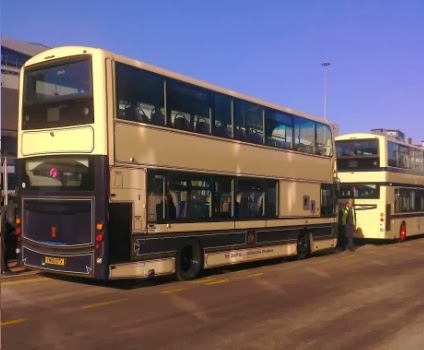 ... with two magnificently reliveried vehicles. In July we celebrated Rotherham's 100th in a similar way. 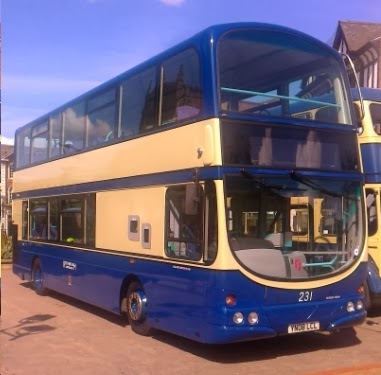 These three magnificences were a tribute to the First Bus staff at Rotherham.

In the end it was decided to have an unbirthday! 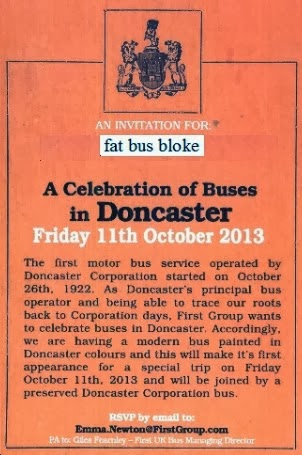 Oh dear, not another excuse for fbb to exercise his poetic muse?

No, you're right, he doesn't deliver anything poetic; just a dollop of Doncaster doggerel derived from the doyenne of Eng Lit (?) Lewis Carroll.

fbb hopes to bring a report of today's festivities either tomorrow or Sunday.It all depends on technology on the train back south later today! But a sneak preview is just about in order. At 1030 today the Doncaster liveried bus will be/has been (depending on when you read this blog) revealed to an eager public. 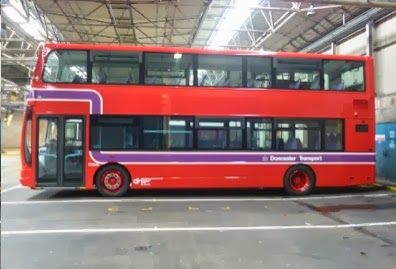 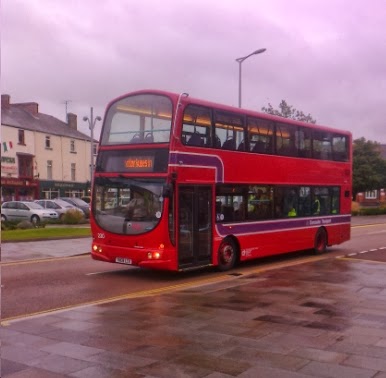 In a continued drive to help more of its customers to better fare deals, from 13 October First is extending its age range for child fares. From this date, anyone aged between 5 and 19 can travel for a child fare, whereas previously children could only travel at child fare until the day before their 16th birthday. This initiative is available to anyone travelling within the Plymouth and Plus zones, which now includes Horrabridge and Tavistock.
---------------------------------------------
Next Bus Blog : Saturday 12th October
Posted by fatbusbloke at 02:00