And all over Bristol! 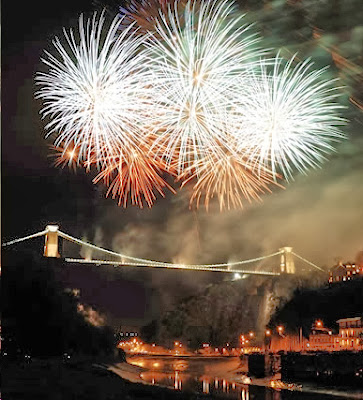 There have been very few "fares revolutions" in the 60 or so years that fbb has been interested in public transport. Few will remember the Sunderland "flat-fare by token" scheme of 1966 which (if fbb's memory is correct) only lasted for two years. 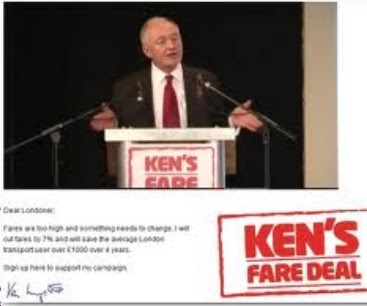 Red Ken's 1981 London scheme fell foul of Blue Thatcher's political ethos, but it did introduce some longer term benefits although not necessarily at Ken's prices! 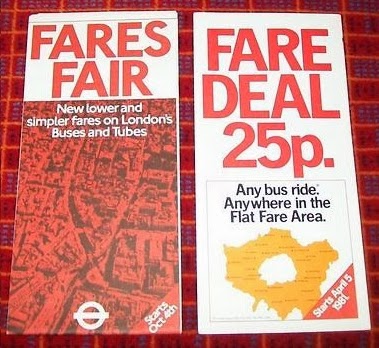 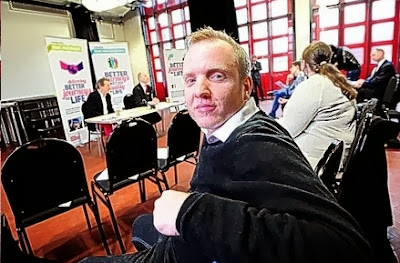 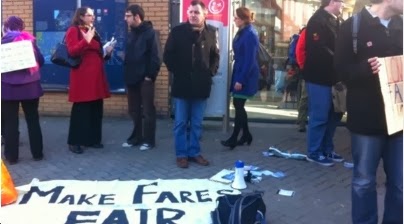 ... littered with factual inaccuracies, little did he expect to see such a dramatic result. Even red-trousered cycling Mayor Ferguson ... 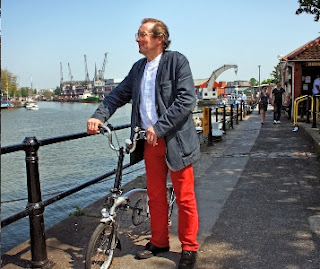 ... was suspicious of First's "consultation" process. Many thought it would be just a PR exercise and little would change.

First's promotional activity blows fbb's elderly mind! This is what they say they're doing:-

Bus adverts on over 100 buses in Bristol 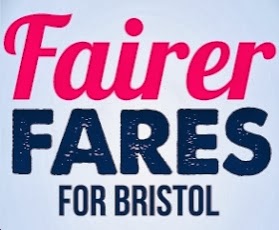 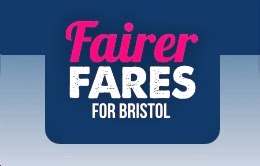 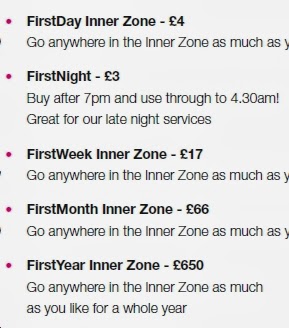 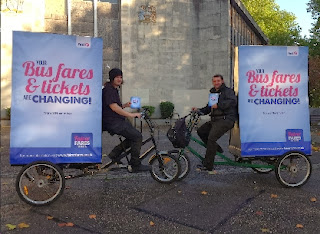 7 Customer roadshows [but only six on the poster?] 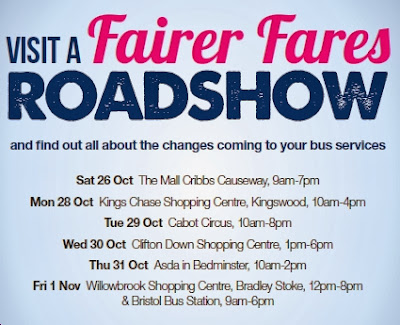 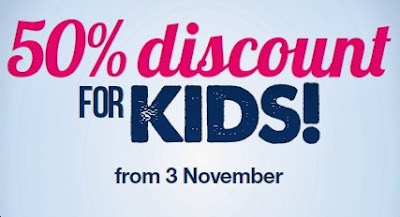 10,000 customer guides to what’s changing and why; to be given out at customer roadshows and at travel shops 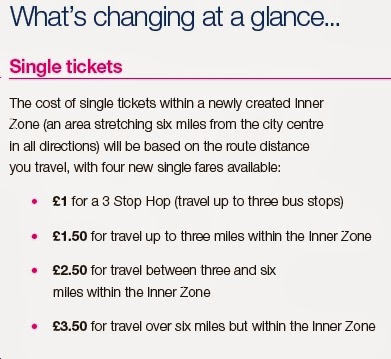 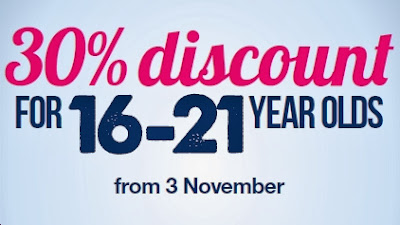 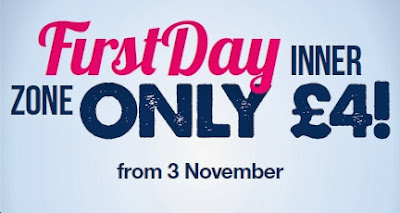 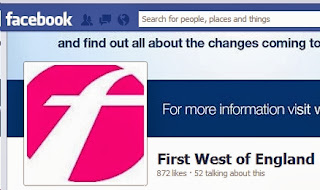 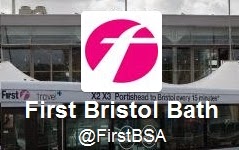 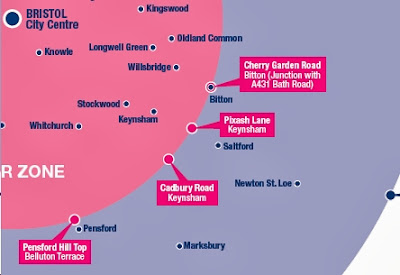 ... and key points of change to be distributed on bus, at roadshows, in travel shops and via the ad bikes. [too big to blog in full but the "outer" one extends to Bath, dot, far right] 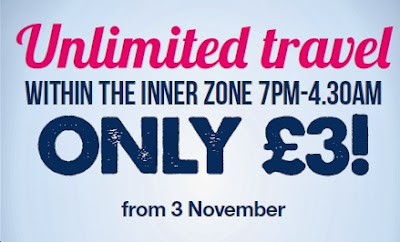 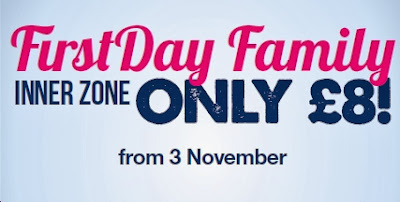 It all leaves fbb breathless! But two questions remain:-

Will it work for Bristolians? Will Brizzle locals feel more positive about their oft-maligned bus company?

Will it work for FirstBus? Hopefully the company's Bristol bean counters will have done their homework and the plan is for these changes to be at the very least "revenue neutral"; eventually! Even better, there must be an aim for growth in ridership and revenue.

And one final point:- let's hope there won't be fireworks in the morning peak on Monday 4th (or Tuesday 5th!) A tough job for First's well-briefed staff? 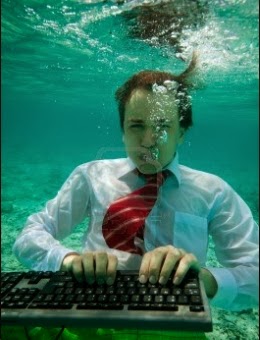 Is this a picture of fbb hard at work yesterday; preparing today's blog? NO! Apart from high winds in the night, Seaton escaped the ravages of the predicted cataclysm; the sea did not deposit even one leaf of seaweed on the Esplanade. The only concession to inclemency yesterday morning was a single deck on the 0733 X53 to Exeter. 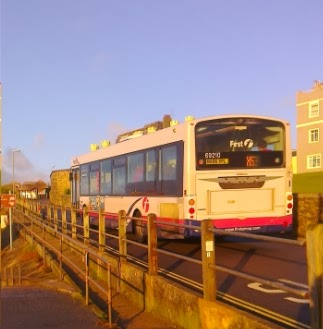