Not Passing through Newton Poppleford [2]

A few memories of a childhood holiday at Colyton 60 years ago do sometimes well up through the coal measures of fbb's grey matter. One such is being lost, looking for Musbury and driving along a steeply-banked Devon lane following a panicking pig that could not escape. The more the pig squealed, the more mother sank into one of her nervous "turns".

The other powerful memory, oddly, is of the Newton Poppleford camping coach.

Camping coaches were offered by many railway companies in the United Kingdom as accommodation for holiday makers in rural or coastal areas. The coaches were old passenger vehicles no longer suitable for use in trains, which were converted to provide basic sleeping and living space at static locations. 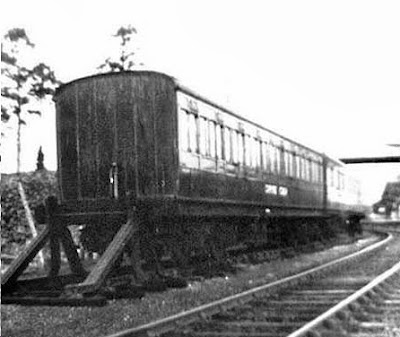 The fbb family car (Austin FBM 770) was chugging to Exeter and, on descending the hill into the village, a childhood fbb spotted this gorgeously green and weirdly old-fashioned museum piece of a coach. It looked so intriguing and inviting! In fact, that year (1953) was its last. 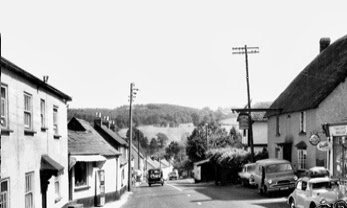 It is this main road (seen here in the 60s) that is being closed to allow a frail old water main to be replaced. So fbb is "out and about" observing how the bus operators cope with the closure of their main artery.

During the closure buses will be subject to lengthy diversions, with journeys between Exeter and Sidmouth and Seaton taking an additional 25 minutes and journeys between Exmouth and Sidmouth taking an additional 16 minutes. Shuttle buses will maintain connections to as many key locations as possible on the missing sections of route, albeit at a lower frequency.

fbb will, therefore, take a look at each feature of the special arrangements in turn, starting with the "main line" routes via Sidmouth, 52A to Seaton and 52B to Honiton. 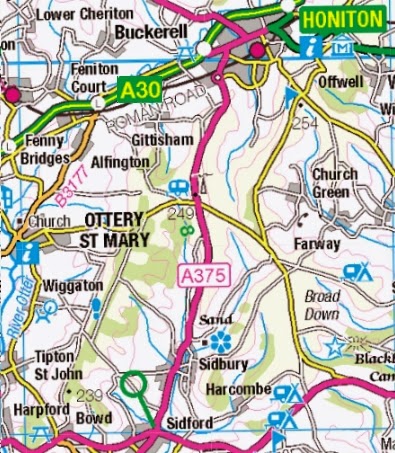 Newton Poppleford is just off the map, bottom right.

Routes 52A and 52B will be diverted via Honiton and the A30, with a special timetable to account for the difference in journey times. 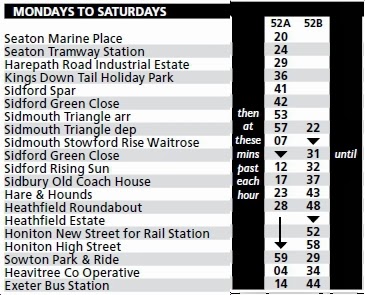 The 52A continues as normal from Seaton to Sidmouth and Stowford Waitrose, then turns back to Sidford before running via the outskirts of Honiton (Heathfield) and fast via the A30 to Exeter. 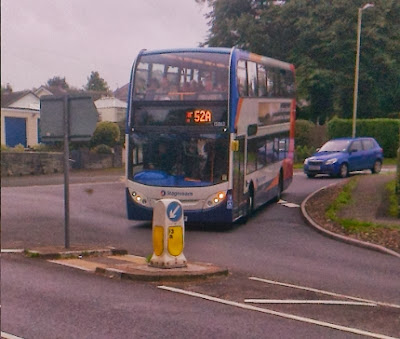 Honiton centre is some way off to the left.

From Exeter the 52B zooms via the A30, Honiton High Street, then the station and continues to Sidford where it runs direct to Sidmouth. 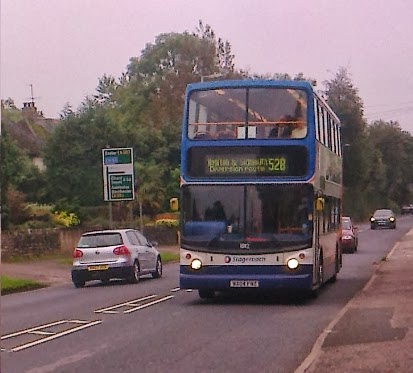 Note the helpful blind setting which shows "diversion route". The bus has just left the "new" A30 to join the old A30 and is making its way to Honiton centre. 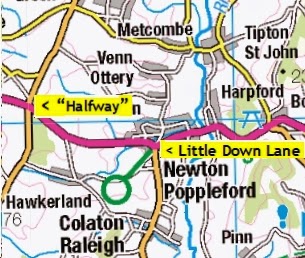 Route 157 will alternate between either finishing at Otterton or diverting via Tipton St John through to Sidmouth, with a special timetable. 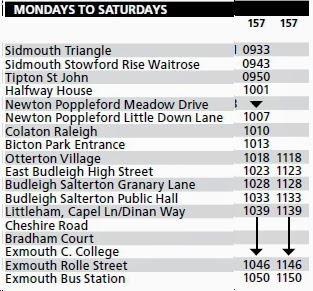 This reduces the normal hourly 157 service to every two hours from Sidmouth via Newton Poppleford to Exmouth. But this revision does, at least, allow time for the "full-route" 157 to divert significantly via Tipton St John (where there isn't a lot of room) ... 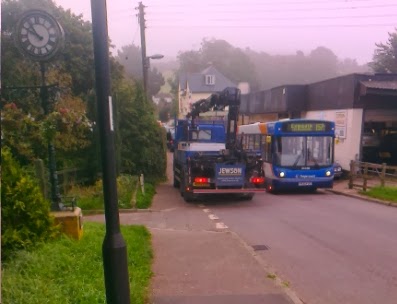 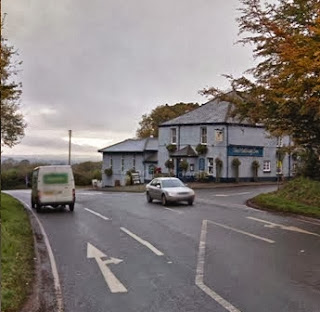 ... before turning back in an easterly direction to the western end of the works at Little Down Lane. 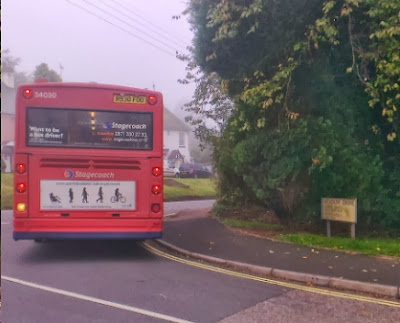 ... back to Meadow Drive. It shuttles back to Sidmouth to form the next 157 back to Exmouth. 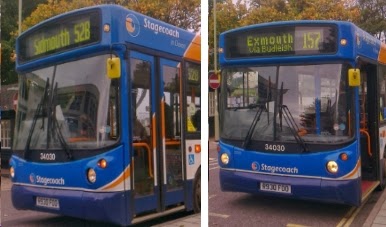 Thus the 52S runs every two hours. Well is would be a 52S if the blind had been programed properly but 52B is a good try under the circumstances!

The Exeter shuttle operates every 90 minutes (with some extras), probably on a "one bus in steam" basis, terminating at Little Down Lane, the western end of the blockage. 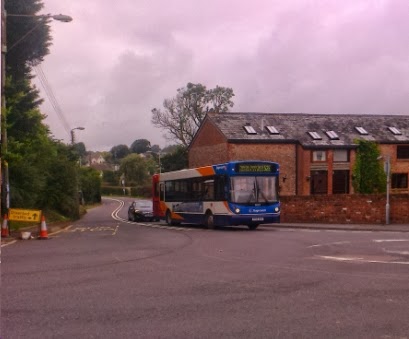 The two shuttle buses are being funded by South West Water.

So that's what's happening. Tomorrow we look more closely at the publicity; and the judge's scores are as follows:-

A very mixed bag of results as we shall see.

P.S. First Bus X53 (also diverted via Honiton and A30 but with no alternative arrangements) ... 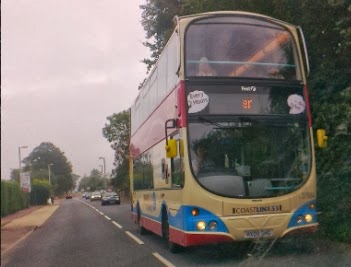 ... seen here leaving Honiton on its non-stop trajectory via the A30 to Exeter.

Luton Busway report is
postponed to next week

Next Bus Bog : Wednesday 9th October
Posted by fatbusbloke at 02:00