Dunstable is one of the largest towns in England without a railway station. ADAPT (Association of Dunstable Area Trains) had been campaigning for more than a decade for the disused railway track between Luton and Dunstable to be reopened, as part of the Thameslink service. This would have allowed Dunstable residents to arrive at St Pancras within 45 minutes. If the line had been extended westwards from Dunstable it would link up to the West Coast Main Line, providing a valuable East-West link.

In 2004 Laing Rail, owners of Chiltern Railways, produced plans for a low-cost railway operating from Dunstable, It would have required a cross-platform change at Luton.

But Luton Borough Council with support from the Government has built a guided busway along the route. Construction costs were reported to have risen £4 million over budget in May 2013 but Luton Borough Council has said the project is within budget. The Government has given £80 million of taxpayers' money to this ill-conceived and backward-looking project.

Railfuture believes that the rail option would have been preferable.

So Railfuture wasn't/isn't keen, then. When fbb was "out and about" on the newly-opened busway a week and a bit ago, one (mature) lady summarised the views of the "not 'appy 'ere" brigade. "We didn't want it; but now we've got it I suppose we'd better use it." Certainly the Luton Busway has been greeted with less enthusiasm in the local media than the earlier Cambridge effort. 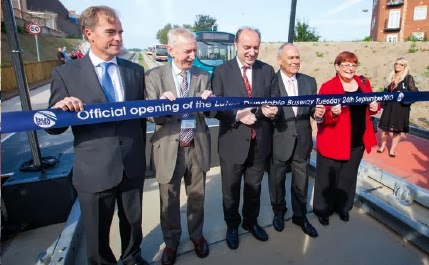 But the Minister likes it (he's paid to like it) and the Councillors like it (but they chose to build it in the first place)! There is a video (here) of the big day. [Sorry about the advert; fbb can't get rid of it!] It was published on-line by the local paper; but perhaps positively provided by the "line's" proponents - there's barely a whisper of "anti".

In 1858, the Luton, Dunstable and Welwyn Junction Railway opened from Luton to Dunstable where it joined the ten-year-old branch from Leighton Buzzard at Dunstable North. In 1860 the line reached Welwyn. Between Luton nd Dunstable there was one short-lived intermediate stop at Chaul End. 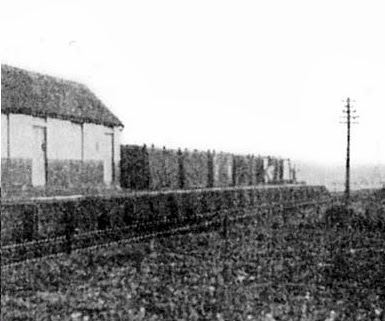 This grainy photo is the only one to commemorate this halt, opened in 1915 to serve a First World War munitions factory. It closed after the war and was soon demolished, leaving just a signal box and level crossing as a reminder. 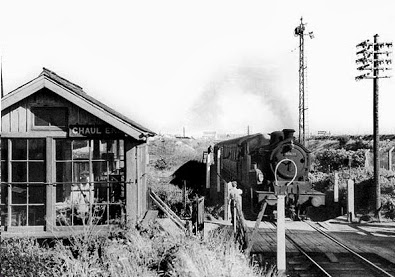 Those with an interest in motor vehicles may recognise the name as the site of Vauxhall's vehicle testing station. 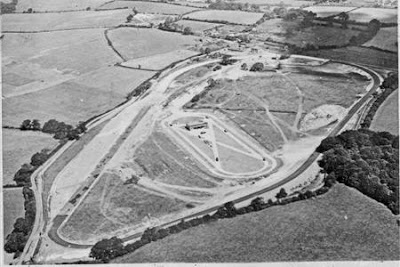 The road network in the area was much changed with the building of Hatters Way ... 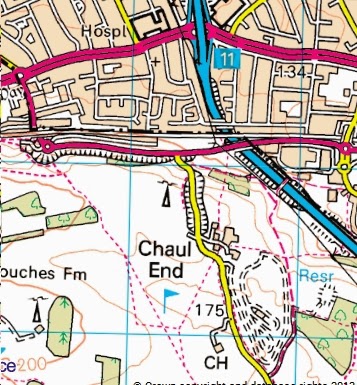 The station was next to the lower roundabout (top and left); the now-closed test track was south of the modest and eponymous hamlet.

In Luton, the station (named Bute Street) was alongside the Midland Railway premises ... 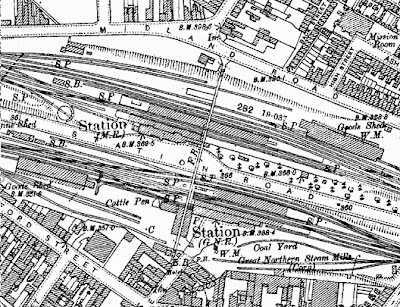 ... kept apart by Station Road and linked by a massively long footbridge  a route which still remains today but is significantly curtailed.

The bridge ran from town (white building, left), across the disused Bute Street, across Station Road (see bus) and in to Midland Station (far right). Click on the picture to enlarge. 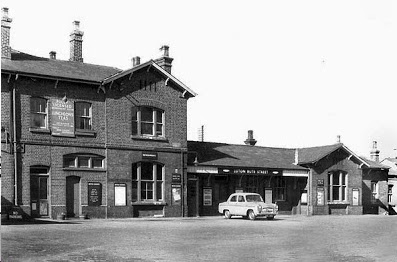 Amazingly, the building on the left of Bute Street's entrance offered "fully licensed luncheons and teas", no doubt essential before a journey to the wilds of Leighton Buzzard! 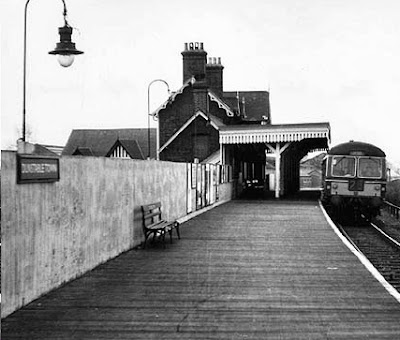 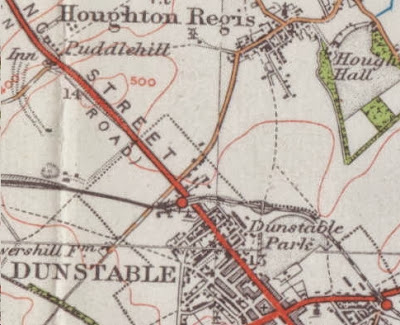 Town station bottom right, North on the old A5

Passenger services ceased in stages in the mid to late 1960s but the track remained in place until about 1990 and was used occasionally for freight. It was the longevity of the tracks that encouraged many locals to campaign long and hard for a re-opened "proper" rail branch.

But they got a guided busway on the old trackbed; which fbb visited on Saturday 5th October. 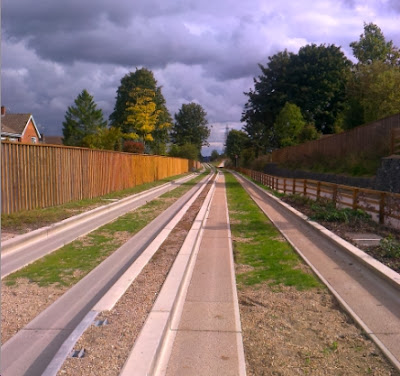 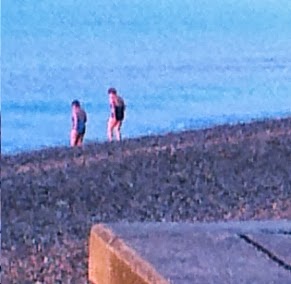