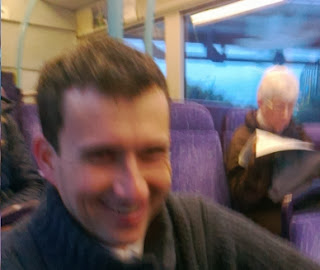 He used to reside on the Isle of Wight where his family lived near to, and were friends with, the fbbs. Ben now lives in Sheffield.

The overnight stay was in the Travelodge Richmond, Sheffield and so fbb travelled in to the city on route 22 to connect with a train to Donny. On Maltravers Road, Ben got on fbb's bus!

Approx 600,000 folk live in Greater Sheffield so what are the chances? And Ben was only using the bus because his car's MOT had run out! Spooky!

Anyway, on to Doncaster for, firstly, coffee and a bacon and sausage roll (Greggs, Frenchgate Centre, £2 special offer, bargain!) ... 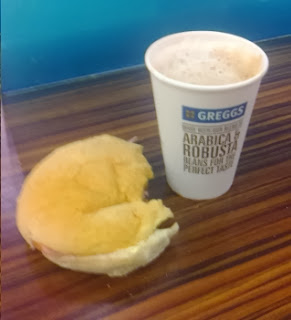 ... then the un-birthday. No one seemed to know where the Civic Hall was as it is very new; fbb was directed to the Mansion House ... 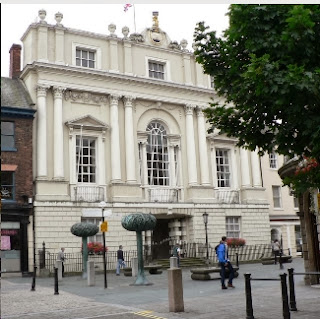 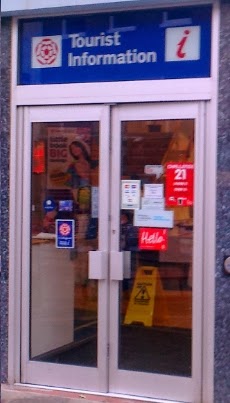 ... offered solace, rang First and directed fbb to the right place. As an aside the TiC is in premises called "The Blue Building." 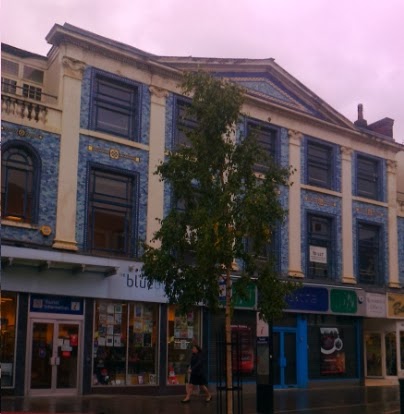 We wonder why it's called that?

The first bus to arrive for the "do" was preserved Doncaster 22 ... 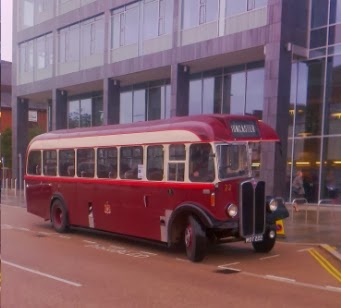 ... brought in from Sandtoft Museum. 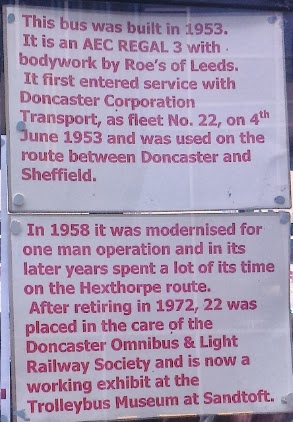 Adapted for one man operation in 1958, hence the rather odd slanting window ... 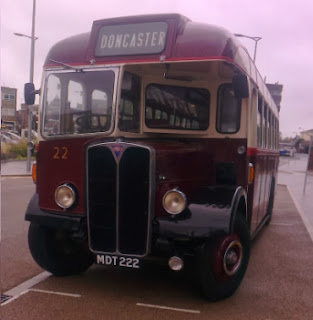 This, the superstripe double decker and a Streetlite pinched from Sheffield conveyed the admiring crowds ... 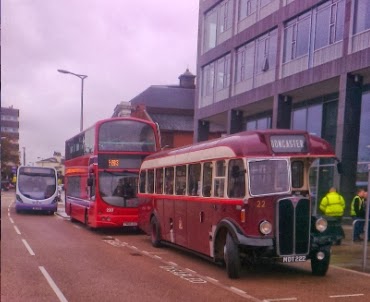 ... from the Civic buildings to the very first Donny bus terminus at Skellow. 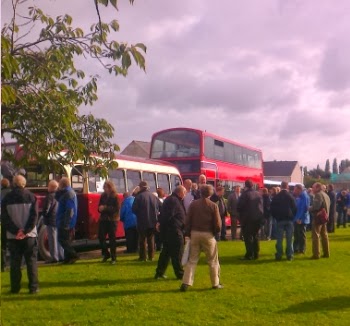 Then it was back to Doncaster Racecourse ... 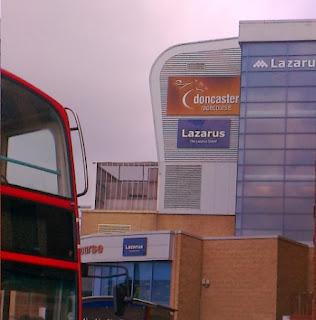 ... for a buffet lunch and the inevitable speeches; all taking place in the Royal Box. Sadly nothing that smacked of royalty was in residence.  Giles Fearnley said a few kind words. Mrs Mayor of Doncaster hadn't quite grasped the demographic mix of the congregation and heartily thanked all present for their contribution to public transport in the town! 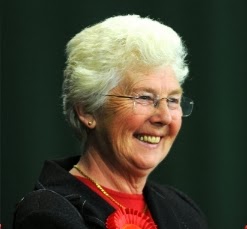 All too soon, the un-birthday was over and it was time to go. Sadly, no goody bag of sweets, toys and party hats (why not?) but a Doncaster edition of the commemorative brochure. 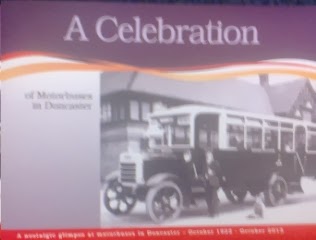 Once again a superb day, well managed by First South Yorkshire. The three festivities (Sheffield, Rotherham and now Doncaster) will culminate in all four special liveried vehicles being used on the X78, linking the three communities.

And there might be more to come. In May 2014 there is a big "Open Day" at Rotherham depot. This will (give or take a month or so) be 40 years since the formation of South Yorkshire PTE. There is a rumour (which cannot, as they say in news bulletins, be verified) that a fifth "special" vehicle, this time in PTE coffee and cream, will appear. 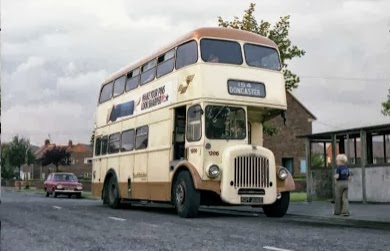 This is an ex Donny bus so adorned, photographed back in the mid 70s.

P.S. The fbb blog office has just heard that the Doncaster special bus will be used locally in the town for the time being. The assemblage of all four on the X78 may well be when the four becomes five in May 2014 (see above).

Next Bus Blog : Sunday 13th October
Posted by fatbusbloke at 02:00