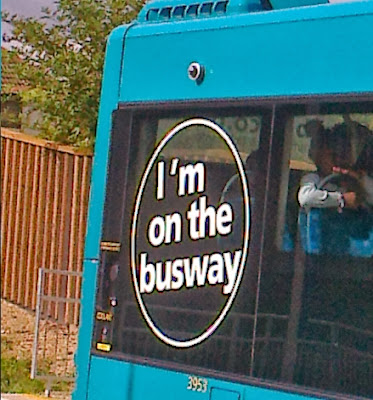 This is the highest profile route, run by Arriva, every 15 minutes (Monday to Saturday) from Airport via Luton and Dunstable to Houghton Regis.

The section between plane terminal and the interchange is on ordinary roads, one of which is buses only but not guided. 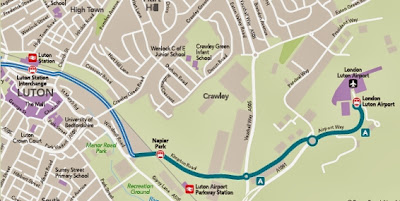 The map above is not entirely accurate; the buses stop additionally on Airport Way to serve some of the hotels ... 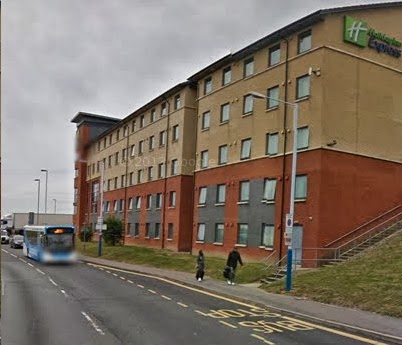 ... a useful stop which does not appear on the map. Likewise the stop for the Parkway Station is not at the station ... 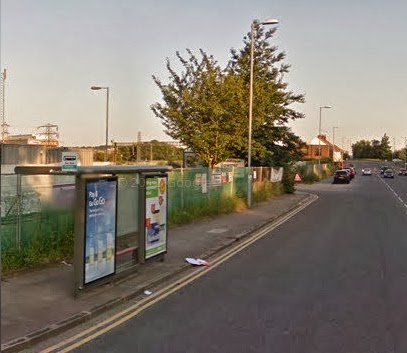 ... but a hefty hike away with enjoyable views of an industrial estate. Not nice and not where the stop is shown on the map. 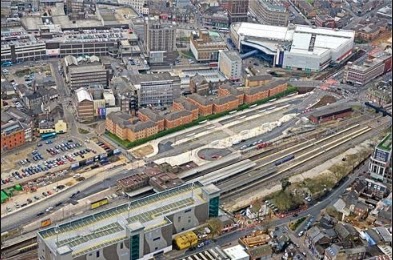 The new Interchange is built on former railway land, somewhat north of the old Bute Street Station and, similarly, north of the now-demolished bus station. 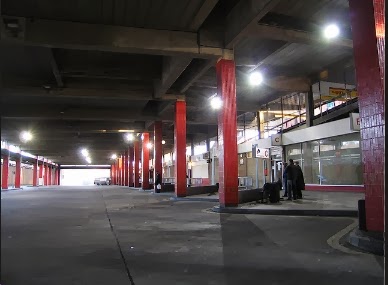 These old premises had gained a bad reputation, a nasty smell and a lot of empty bus stands so succumbed to the demolishers big ball.

After a short wiggle, the busway itself (seen here under construction) starts:- 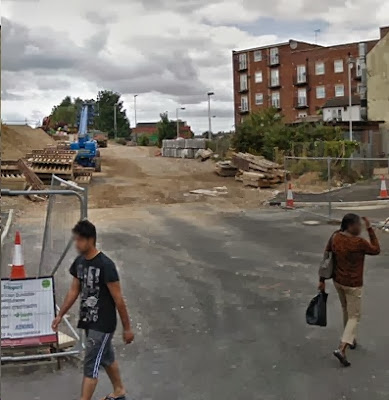 The route along the trackbed of the former railway is simply underwhelming. The ride is quiet and dead smooth with occasional slowing when footpaths and tracks cross the line, as they do at stations. There are only two intermediate stops, one (sort of) suitable for the footy ground, one nominally for the hospital, seen here about 700 yards away. 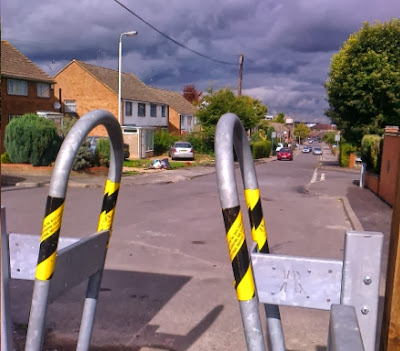 A worthless prize is offered for anyone who can spot the hospital!

The bus then leaves the track for a one way loop via Dunstable centre, not the most beautiful town in the home counties! (in the whole of UK? : in the Universe?). There are stops at ASDA ... 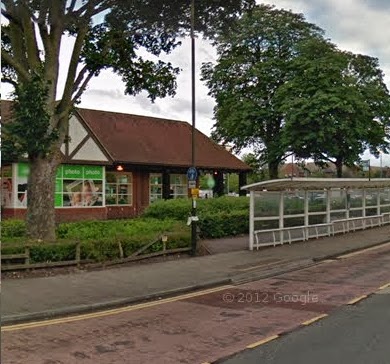 ... and the rather "tired" traditional shopping centre. 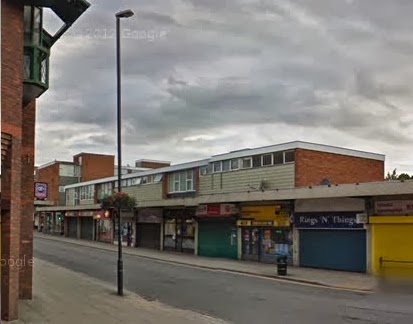 Somewhere in the precinct is the Dunstable "Travel Choices Hub". 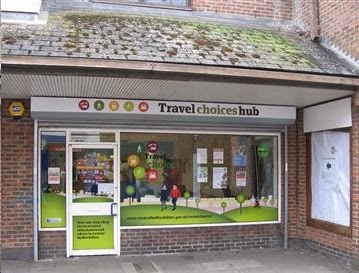 Sadly, fbb did not discover the existence of this facility until just before he left Luton for home; but, suffice it to say, that it is the ONLY location anywhere near the busway where you can find a real person to answer multi-operator enquiries. That's a bonus point for South Bedfordshire and a big raspberry for Luton; but more of this problem in a later blog.

According to one of the trade mags, Arriva has opened an office in the big shopping centre in Luton but doubtless other busway operators' information will not be on display there. Again there was no indication that this facility existed on any of the busway publicity, hard copy or on-line. So fbb failed to enjoy! 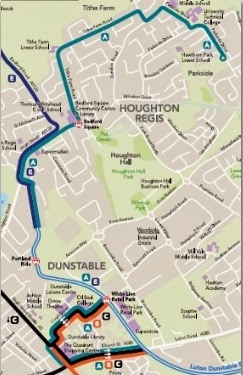 Route A completes its one-way loop through Dunstable, then there is a bit of unguided busway round the edge of Dog Kennel Down, a small patch of open space ... 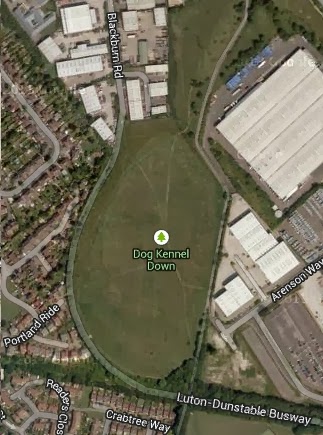 ... before joining Blackburn Road, a former cul-de-sac road via an industrial estate. 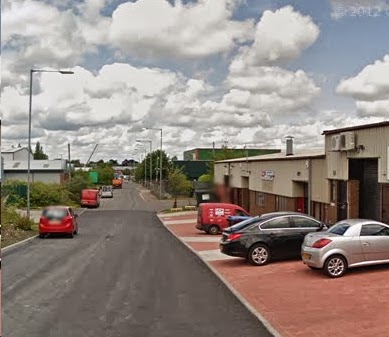 This "cunning plan" gives the busway service a short cut through to Houghton Regis High Street where it becomes a bog-standard bus route via housing estates to a terminus at Parkside. That, in essence, is the Luton and Dunstable busway; all £91 millions worth. Three other routes use the guided infrastructure but whizz off to different bits of South Bedfordshire. In theory that will give 8 buses an hour Monday to Saturday daytimes but the key test is to see how publicity and frequency combine to provide an attractive service, or otherwise.

Therefore we look deeper in the next busway blog, due on Monday.

Next Bus Blog : Sunday 20th October
Posted by fatbusbloke at 02:00