A Wee Hurl to West Hayling [3]

A Bit of Bother with the Bridge


The London, Brighton and South Coast Railway had intended to save some of the costs of expensive land purchase and build their line to Hayling on an embankment in the tidal mudflats of Langstone (Langston?) Harbour. 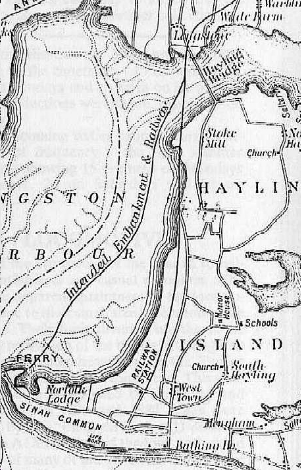 The map above shows the proposed and soggy route! But the flow of water washed away the trackbed, so a conventional route by land was eventually constructed. The bridge from Langstone to North Hayling was built of timber and with lightweight use in mind. 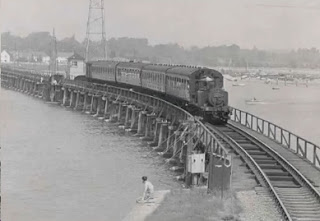 This view looking north also illustrates a further problem. The grandiose plans for a canal via Chichester and Arundel all the way to London eventually collapsed leaving a waterway for ships of up to 100 tons into the centre of Chichester itself. The railway was required to provide an opening span for the proposed traffic.
The box behind the train above controlled this swing span. It was opened rarely, if at all, and required the operator to walk out along the bridge. Only the bases for the timberwork remain today, plus a more substantial chunk of foundation for the swing section. 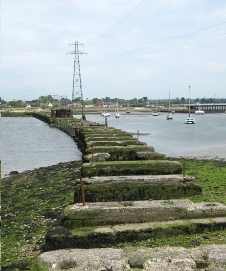 But one lovely "dinosaur" still remains and was clearly visible when fbb journeyed that way earlier in January 2012. The signal post protecting the swing bridge still stands on the southern bank 49 years after the line closed! 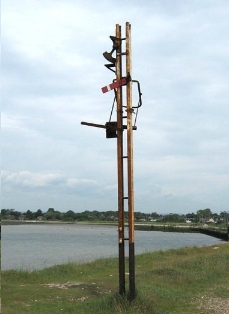 Southbound trains then arrived at the lavish North Hayling Station ... 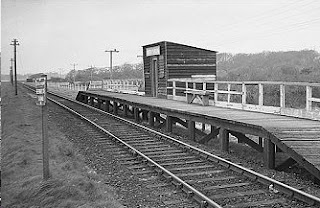 ... which, as its name suggests, served the community of Stoke. North Hayling is off over fields to the east with no direct link to its eponymous station. 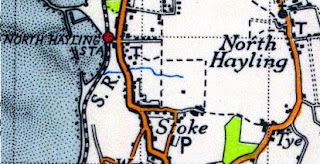 The site is now a car park for those using the former line as a path or cycleway. There is also access to the beach and mudflats for bird-watchers. 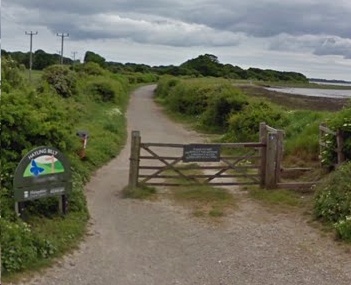 The line continued south through open country until the terminus at Hayling was reached. 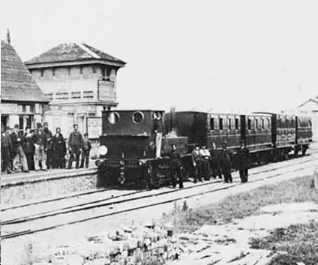 As one might expect from its "shoestring" construction, the station was some way from any potential beach facilities and somewhat further from the main Island appurtenances at Mengham.
From the very early days, the bridge restricted the line to small tank engines; becoming the preserve of Brighton "Terriers"  for most of the line's life. The service was never very frequent as this extract from the 1923 ABC timetable guide indicates. All trains involved a first change at Havant and possibly a further change depending on which London terminus was the required destination..

Nothing remains of the station at Hayling ... 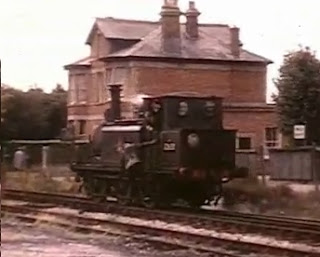 ... or the impressive housing nearby. But the good shed still stands, seen here in use ... 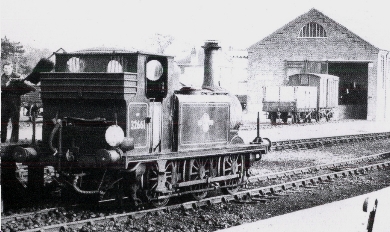 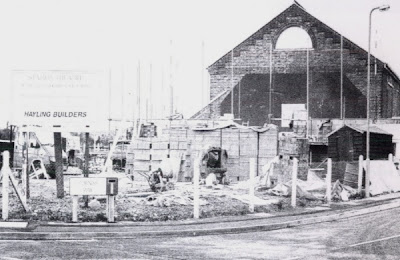 ... and now, much extended, as the HQ of Hayling's thriving Theatre group. 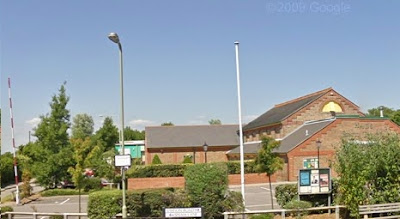 It was inevitable that, with the financial pressures on the railways in the 60s, the potential cost of maintaining the bridge, and the inevitable short-termism of the politics of the day, the line would close in 1963. There was an abortive attempt to re-open the branch as a private venture and to this end, a withdrawn Blackpool tram lay forlorn in Havant goods yard for a while. 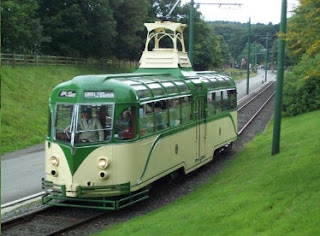 The project never took off, and former Blackpool Tram No. 11 now resides at the East Anglia Transport Museum at Carlton Colville, near Lowestoft.

Sigh! What might have been ...
So today, travel to Hayling Island is by bus ...

Next Blog : due Monday January 30th
Posted by fatbusbloke at 00:39