Is your journey information really necessary? 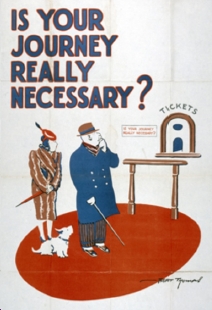 We have been exploring the complexities of NaPTAN (The National Public Transport Access Nodes) database and "user guide" and it all seems very complicated and over-engineered. That is not to say that managing data for all bus stops and stations in GB doesn't present problems. It ain't easy!

See "NaPTAN Necessitous National Naming [2]" (read  again).
BUT...
Plotting the location of a bus stop is easy peasy lemon sqeezy. The standard Ordnance Survey six figure grid reference plus the two letter code will identify a location down to 100 metre detail. So, thinking of yesterday's blog about stops in Little Billing, the stop at the crossroads near the church would be:-
SP 805 618
That is unique. Those eight characters refer to just one location in GB and no other. The system allows you to use eight digits plus two letters and thus specify down to 10 metres. A code of of ten digits plus two letters allows you to locate an indivdual bus stop pole. So, this stop pole ... 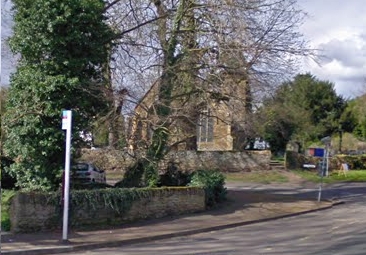 SP 80548 61823
fbb doesn't have a map of a sufficiently large scale in order to get this exactly right, but you'll get the idea. Nothing more is needed; that tells you all you need to know to direct you to the pole: in a very thick fog, in a blizzard, in the dark, with dark glasses on and in a power cut. All you would have to carry is a little squeaky box which guided you with bleepy noises until you were up the pole. Or walked into it. DONG! Ouch!
So we know where the stop is; all we need to do is give it a name. Modern computing systems can match any number of names to one grid reference. The possibilities are limitless.
Little Billing Church
= Little Billing Manorfield Road
= Little Billing Orchard Hill
= Little Billing Church Lane
= Little Billing Home Farm
= Little Billing The Priory
= Little Billing where fbb caught his bus to school
or any other combination suited to local or national needs.


Two small tweaks are needed to tidy the system up. Firstly we need to choose an "official" name to go on maps; and secondly we may need, say, a county or district name to avoid our intrepid travellers' inadvertently planning their journey to ...
Little Billing, The Lees, Boughton Lees, Ashford, TN25 4HH 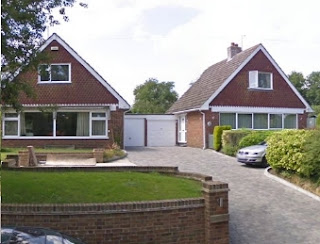 It's the name of one of these two houses; the only other identifiable "Little Billing" in the whole universe! Mind you, if Stephen Hawking's theory - that we are just a quantum bubble in an infinite multiverse - turn out to be true, (not the faintest idea) then who knows how many Little Billings will have to be listed in IGTAN [Inter Galactic Transport Access Nodes]? Doubtless the Depratment [freudian slip? no, leave it in!] for Transport boffins are setting up the database structure right now, version 3.5!
In the meantime, why does NaPTAN need all this?

Incidentally, the six figure plus two letter OS reference gets you down to a detail of 10 centimetres or about four inches. Why that level of detail is necessary is a complete mystery. Also in the above chart the two letter part of the code [SK] is omitted despite its being essential for "uniqueness". 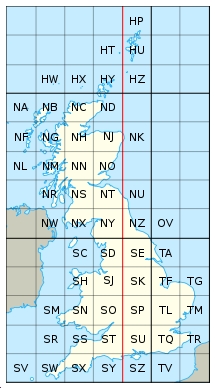 For those who have forgotten their GCSE Geography, please remember that grid reference numbers repeat every 100 kilometres so a two letter code is necessary to identify the specific "big square". There aren't many land-based locations in "big square" OV!

Everything, except the very useful "StopType" type codes (?), can be electronically, mathematically and automatically derived from the grid reference and the one chosen name. Maybe the system could miss out details of the colour of the pole and the name of the man who planted it?
I am sure blog readers like Ken Traveline-Dorset will rush to the defence of the system and tell us that absolutely every jot and tittle** of the prescription is totally and undeniably essential.
But it has always seemed to the fat one that the whole journey planner thing was, in the very early days, hijacked by politicians and computer database geeks. The needs of the bus companies and (heaven forfend) the desire to help the passenger came very low down the list.

Tomorrow we sample some of the consequences of this complexity ...

** jot and tittle. For those unfamiliar with Hebrew script, "jots and tittles" are minuscule marks that formed essential parts of the written and printed letters. Here is a Hebrew letter fully "jotted and tittled" according to its position in a sentence! And yew thought English spelling was a pane?

Next Blog : due Thursday January 12th
Posted by fatbusbloke at 02:00