And a tragic loss of life.


Many of our blog readers will never have visited a deep coal mine. It is an impressive yet terrifying experience. Many (many!) years ago fbb was privileged to visit Harworth colliery near Doncaster. 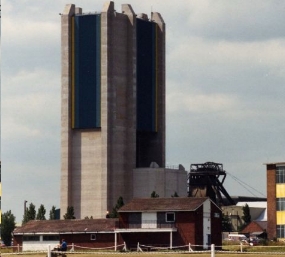 The coal face was a long way down (there's a clue in the "deep" descriptor) at 2782 feet (or 848 metres in the new money) and the working coal face can be a long way from the bottom of the shaft. So you travel by train. At Silverwood, the first stage of this journey was by rope hauled train ... 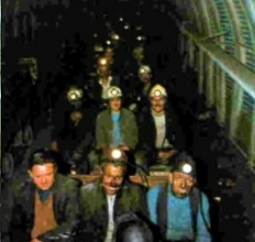 ... because of steep gradients. Then diesel hauled trucks took over. Other systems used battery power or even overhead electric cable like a tram. 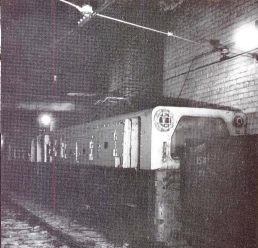 fbb's ride at Harworth was an experience not to miss but not to be repeated. The sides of the "road" seemed perilously close and the ceiling frighteningly low. The track was not quite up to Network Rail's Inter City Standard!
Incidentally, the spookiest part of fbb's visit was when the guide turned off all the lights, and asked everyone to turn off their helmet lamps.  Total darkness is very rare in most people's lives and, literally, you could not see your hand in front of your face. 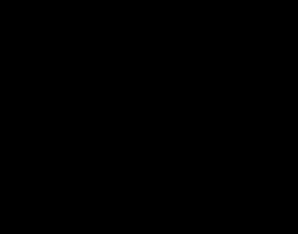 fbb at the coal face at Harworth - only joking!
Back st Silverwood, and very much "no joke" ... 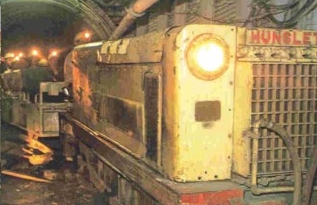 
The shift started as normal as forty Miners boarded the Paddy Train (known as the "passenger" train). The journey to the work area was mainly a downhill run. Shortly after the passenger train departed a second train (known as the Mail train), which carried equipment, followed. The Mail train suddenly went out of control picking up speed, until it caught up with the train in front smashing into the rear end. Nine men died instantly, one man survived a further three days in hospital, and 30 miners were injured.
Rotherham's former Mayor (twice) and MP was Stan Crowther. 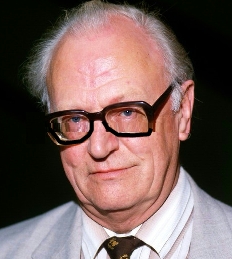 He was an great folk music enthusiast and, although not directly involved in Silverwood Pit, he was sufficiently challenged by the 1966 disaster that he composed this very moving song:-
At Silverwood one Thursday morning, half a mile below the ground,
Forty miners rode the paddy, on the day shift they were bound,
When a diesel locomotive, rushing up beyond control,
Crashed into that crowded paddy, and it took a dreadful toll.
Men who live with danger daily do not cry for fear or pain,
Calmly did the injured lie there, waiting till assistance came.
To that scene of devastation came a nurse, an angel fair,
Bringing to those stricken men a women's kind and tender care.
Gently did their comrades lift them and to safety quickly bore,
But nine brave men died in the wreckage, one lived on for three days more.
Danger lurks in every coal mine. Ever since man first began,
Taking coal from earths deep bowels earth has wreaked revenge on man.
Ten more deaths to swell the total, ten more names upon the roll,
Ten more names to be remembered when we count the cost of coal,
Miners bodies maimed and broken, orphaned children, widowed wives,
The price England pays for coal is measured in her miners lives.
The accident was one and a half miles from the bottom of the shaft!

One of the heroes on the day was Sister Adshead, who was part of the rescue team. The following day all the national papers carried her picture on their front pages. One caption I remember seeing was "The Angel with the dirty face", of course she must have been down the pit before to minister medical aid, but this was an incident where people saw her as an heroine, most of the country must have been very surprised that a Woman would actually go down a pit. 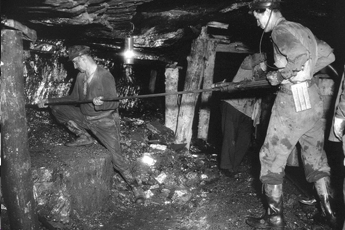 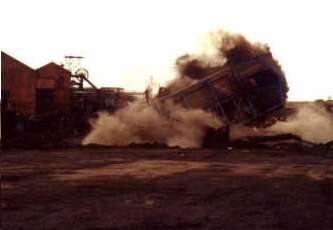 Silverwood - The End
Back to our core mystery tomorrow ...