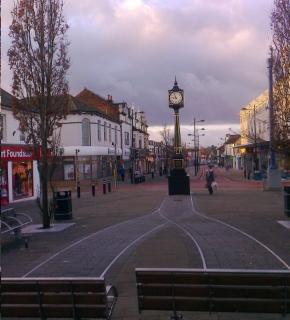 This is the present-day crossroads that mark the centre of Waterlooville, Hampshire, a village developed after (and deriving its name from) Wellington's defeat of Napoleon just outside Brussels. 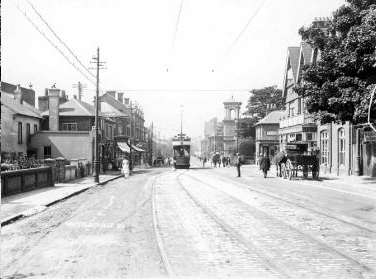 And this is the scene about 100 years ago with the premises to the left of the tram being all that remains today. Most of the older structures in Waterlooville have been swept away by bland and unimposing sixties slabs.
The Portsdown and Horndean Light Railway (please don't call it a tram; it was operated under a "Light Railway Order" by the Provincial company) operated from 1903 to 1935. Its southern terminus was Cosham where connection could be made with Portsmouth trams. This picture shows trams (single car "trains"?) beginning the climb up the bank to cross the bridge over the railway. 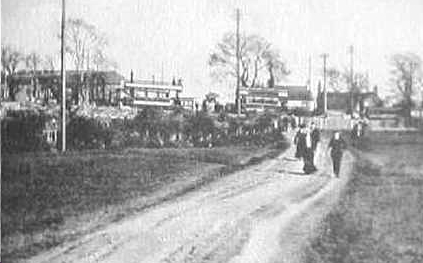 There was "reserved" track through Cosham, running parallel to the High Street, but leaving very little trace today. 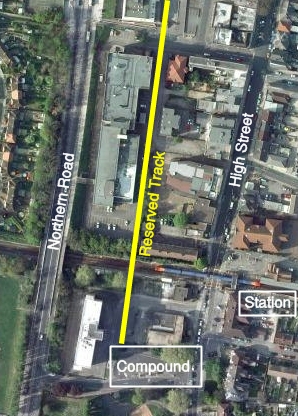 The "Compund" is the traditional name for what is now designated as "Cosham Interchange". 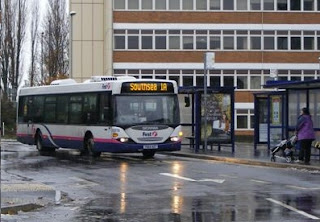 The line crossed the present Wayte Street and Spur Road on the level, then followed the line of this little piece of otherwise unexplained footpath ... 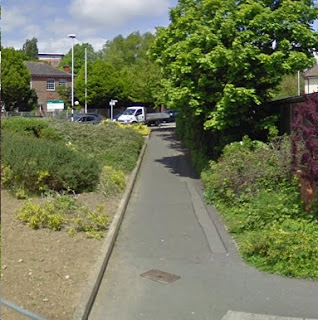 ... to veer over London Road and climb another bank and take its place on more reserved track at a higher level than the road. 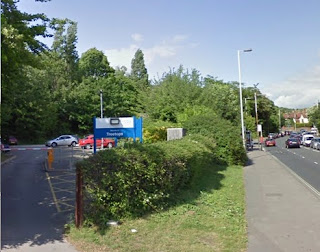 The entrance shown on the left above is roughly where the tracks started climbing, marked today by a chunk of recycled tram rail now used as a rudimentary gatepost. Beyond the trees on the left is the huge Queen Alexandra Hospital campus.
A significant engineering feature was the bridge over Southwick Hill Road ... 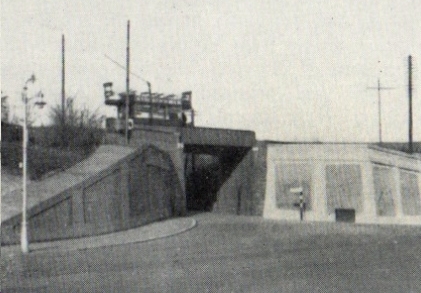 ... where part of the left hand abutment remains as a minimal memory of the line. 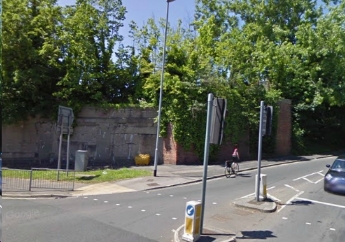 The line remained on its own private track until the summit of Portsdown Hill, where, at the George Inn, 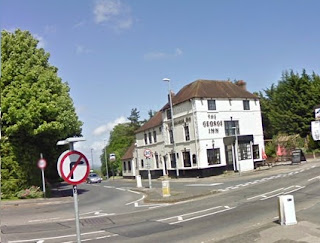 the rails took up position in the main carriageway. 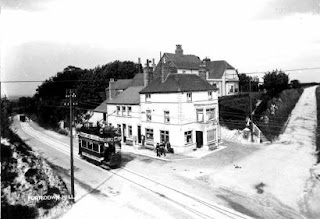 Before we conclude our retrospective journey on this little-known line, it may be helpful to check the route on a map extract from about 1930. 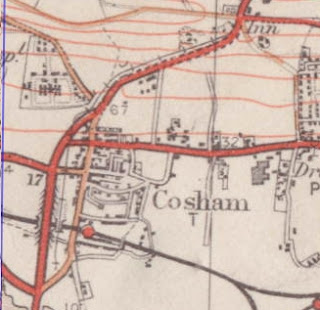 The line of fir trees running south from today's Cosham Interchange [The Compound] marks the line of the tracks which then joined the Portsmouth tramway just short of Portsbridge (the creamy coloured road). 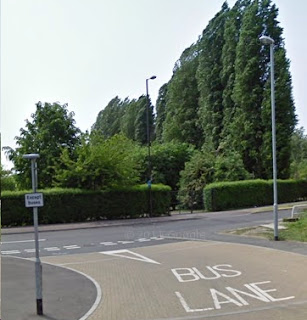 It is hard to imagine, as you travel the same route by Zip 41 today, that you are riding the direct successor of this little-known but, locally at least, much loved light railway. 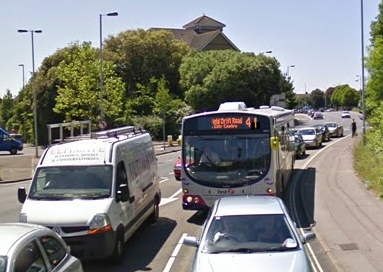 Tomorrow, we complete our journey to Horndean, then return to Portsdown Hill for "all the fun of the fair".

P.S. In c. 1963 student fbb rode the Tramway Vicinal from Bruxelles (Brussels) to Waterloo and back. Trams were single-deck metre gauge and ran, like the "Portsdown and Horndean", on a mixture of reserved roadside track and middle of the street. 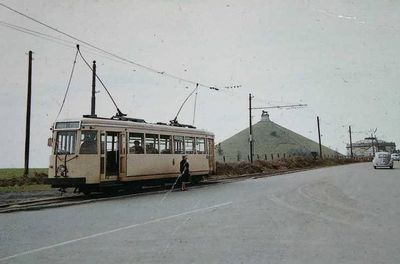 A tram on service "W" is seen here with the Waterloo battle monument in the background. Thanks to "Frédéric" in Belgium for providing the picture. The last "Vicinal" tram ran from Bruxelles to Leerbeek in 1972.

Next Blog : due Thursday January 19th
Posted by fatbusbloke at 01:59