fbb apologise for lengthy blog but ...
Mrs fbb travels to London today, 7th January. So on Wednesday, fbb checked the dreaded interwebnet; well, Southwest Trains [SWT] bit of it; to see if there were any engineering implications. Imagine his surprise to read about an "emergency incident" already reported, in advance.
Incident reported for 07 January 2012
A prophecy. Some signals at Waterloo were busted at morning peak on Wednesday 4th January; SWT visionary customer services official, O.T.Jeremiah by name, can only foresee doom and despondency until at least Saturday 7th.  This was what SWT's web site said at 0900 on Wednesday, last.

Delays between Wimbledon and London Waterloo until further notice 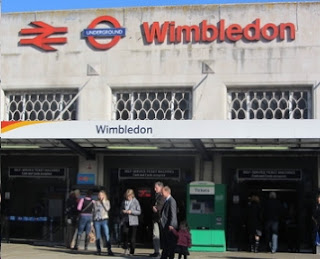 Description
A signalling problem is causing disruption at London Waterloo. 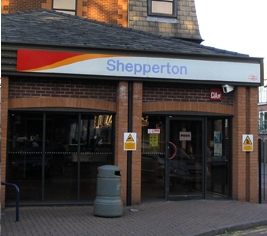 Now, hang on. Is the shuttle between Waterloo and Kingston OR between Shepperton and Kingston? fbb thinks he can guess; but it ought to be explained correctly.

Passengers are advised to to travel on the London Waterloo to London Waterloo which depart at 27 and 57 past each hour and change at Kingston for stations to Shepperton. 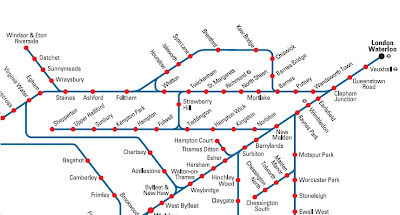 Click on the map to view a larger version
Perhaps if SWT spent less time running trains from Waterloo to nowhere and back ... ? O.K., fbb knows that there are Hounslow and Kingston "circulars". But is the notice (above) helpful?

Passengers may use London Buses on the following routes: K1, 57, 131, 213 between Raynes Park and Kingston. 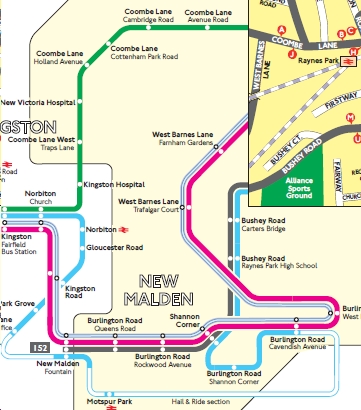 K5 blue : 57 green : 131 pink
BUT, and it is a rather big but, the K1 and the 213 don't run between Raynes Park and Kingston. Presumably this actually means that rail tickets to and from Kingston will be accepted on services K5, 57 and 131, although the K5 and the 131 are not what you would call direct. Will this be quicker?

For the record, boring though it be, the K1 and the 213 run from New Malden to Kingston, NOT from Raynes Park. Helpful advice, yet again, from Southwest Trains.
To find out whether this will impact your journey and to get alternative options planned for you, please use the National Rail Enquiries real-time Journey Planner, or call TrainTracker on 0871 200 49 50.
Real time Journey Planner? Since when? fbb looked up Mrs fbb's Saturday train to London (see above "trains between Wimbledon and Waterloo delayed by up to 20 minutes". See below "all routes between Wimbledon and Waterloo affected"). No change.

Even better (worse), fbb looked at trains to Shepperton; which, as we had already been informed, were not running through from Waterloo. And this is what the "real time" journey planner link gave on Wednesday morning ...

For the latest rail travel news, why not follow National Rail Enquiries on Twitter, or find us on Facebook.
Had a peek at Twitter. Hooray, at first attempt it just sent me back to another page saying the same thing.

So here are extracts from version 2

Owing to signalling problems at London Waterloo:
Impact:
Train services running through this station ...
Impact? There's a good word. If trains try to run through Waterloo there will be an almighty impact. Someone should tell Southwest Trains that their bit of Waterloo is a terminus

... may be cancelled, delayed by up to 20 mins or revised at short notice. An estimate for the resumption of normal services will be provided as soon as the problem has been fully assessed.
Customer Advice:
South West trains will be operating a train Shuttle from Kingston (blah blah  blah, again!) 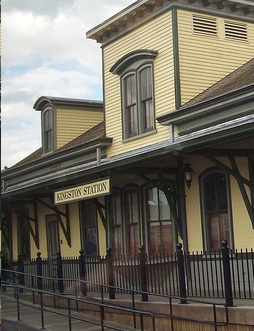 Now what about "Additional" information?

Additional Information:
Due to signalling problems at London Waterloo, Platforms 1 and 2 and Platform 8 are closed until further notice. 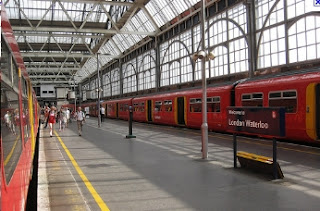 Engineers are working to rectify the problem and they will reassess the signalling problem affecting Platforms 1, 2 and Platform 8 after the morning peak.
Waiting with bated breath.
So would Mrs fbb be all right on Saturday 7th or not?  On Wednesday 4th, fbb doesn't have a clue. 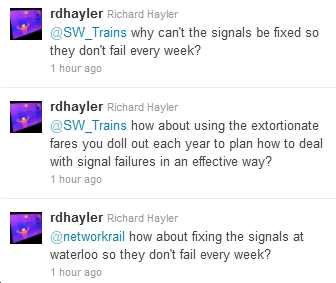 Now there's a good set of questions. And sitting in a secret bunker at Waterloo is a person (people) paid to type twits all day. And here's SWT's chief twit's answers ...

So that's sorted, then.
fbb is left with the feeling that (a) no-one REALLY cares, (b) no-one actually understands what they are writing, typing or twittering and (c) a "person" who knows about stuff would be a better way of handling problems rather than a computer.
Or, dear reader, you could click on some of these.

Whatever they are, they were updated at 0857. Enjoy!

Of  course, by Thursday 5th all this misleading  nonsense had disappeared and the prophecies of pathing problems had, presumably passed into some king of ferro-equinological limbo; only to re-appear from the swirling mists of techno-speak when someone else trips a fuse at Waterloo. 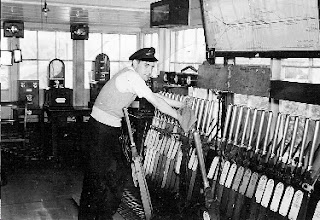 Now when a muscular he-man used a set of big levers to pull nice red and white signal arms into the off position ... 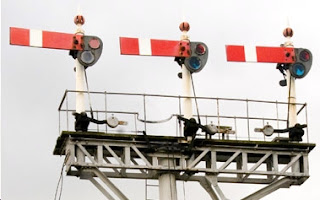 Notwork Rail is proposing to run all the nation's signals from just 14 signalboxes, sorry "signalling centres". Just think of the mayhem that can be created when a fuse blows in one of those!

Next Blog : due Sunday January 8th
Posted by fatbusbloke at 04:08