fbb has resided on the Isle of Wight since 1984 but, confession time again, had never visited a neighbouring sea surrounded locality, namely Hayling Island. So, it was a week or so ago that, with Mrs fbb off for as trip to London, the chubby one paid his first ever visit.

There were three (now only two) means of public transport to the Island; possibly the oldest being the Hayling ferry that runs from Ferry Point near the Ferry Boat Inn on Hayling Island to Eastney Beach, Portsmouth, across the mouth of Langstone Harbour. 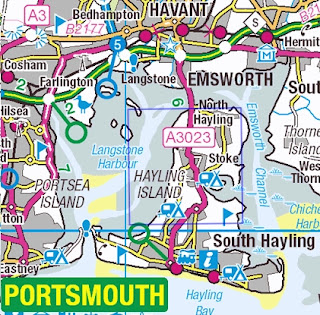 The rights to run a ferry belonged to the Lord of the Manor of Hayling Island, the Dukes of Norfolk, to whom the land had passed on the dissolution of the monasteries. Rowing boats were used until 1901 when the the ferry rights were bought by the Hayling Island Steam Ferry Company, who constructed pontoons, made up the road on the Hayling side, and acquired a small steamer. The service was soon abandoned due to the unsuitability of the steamer. The pontoons survived, and eventually a motor boat service was operated by G.O.Spraggs and his sons Cecil, George and Jack. Post-war boats were the 'Sinah', 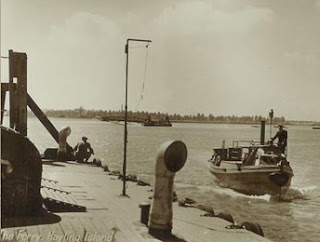 
In 1961 Portsmouth City Council took the ferry over. 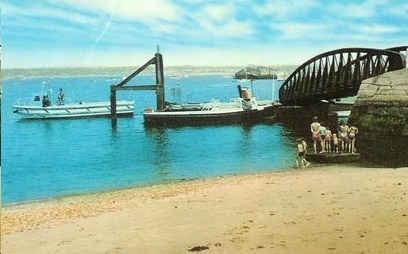 By the late 1970s they ran the 'Iris' of 1968, which carried 55 passengers. She was joined by the 'Irene' of 1976. Portsmouth City Council operated the ferry until April 1981, when it closed, no other operator having been found.


The pontoons were in poor condition by this time, and the Eastney pontoon was removed (and is believed to be in use near Warsash). However Hampshire County Council soon found a company who would take over the service, with subsidy for unprofitable periods.


Dutfield and Edwards started the new service, initially using the 'Hayling Enterprise' and running onto the beach at Portsmouth until a new pontoon was built (the Hayling pontoon has also been replaced). 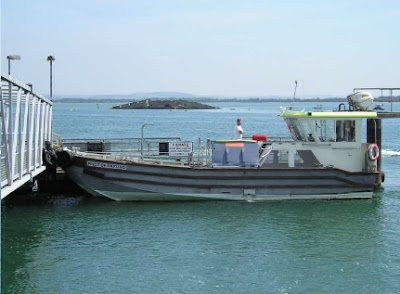 The current boat is the 'Pride of Hayling'. The service runs 360 days a year, with a break over Christmas/New Year, and carries commuters and school children, plus tourists in summer.

But using this route to get from Portsmouth to the main settlements on Hayling Island (and vice-versa) presents a snag. First Bus, successors to Portsmouth Corporation run the hourly service 15 to the pontoon at Eastney. 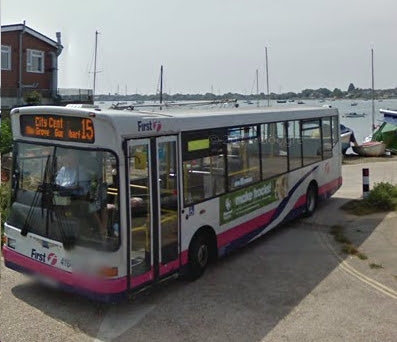 The Hayling side offers the Ferryboat Inn ... 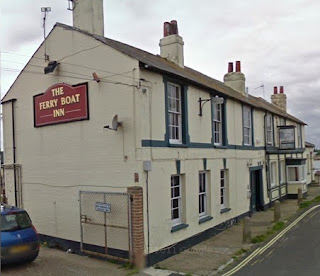 ... and a lovely turning circle and bus shelter ... 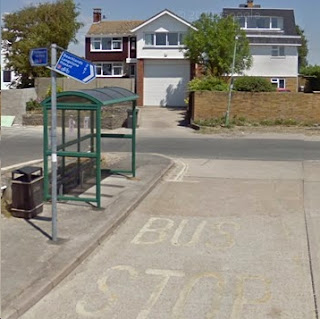 ... but no buses! Once upon a time you could take a lovely summer ride from the ferry to Sandy Point by open top bus. 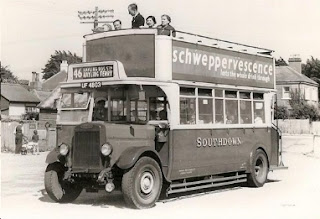 Winter services to the ferry were decidedly sparse. In the late 70s and early 80s there were frequent changes to Southdown timetables and services; the open top route gradually faded and disappeared. Now there is nothing to take you from the pontoon to the built-up areas of Hayling.

Morning "peak", then hourly; winter ferry times.
A brisk mile-and-a-quarter walk takes you to the end of Staunton Avenue South Hayling to pick up a Stagecoach Bus on route 30 ... 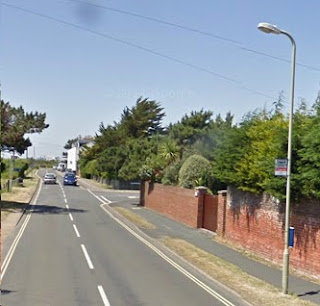 ... at the stop here, on the right. Once you're safely seated on the Stagecoach steed, the journey to Mengham (the "capital" on Hayling Island) is still circuitous, involving a ride via the aforementioned Sandy Point at the far eastern end of the Island before doubling back to the main street. 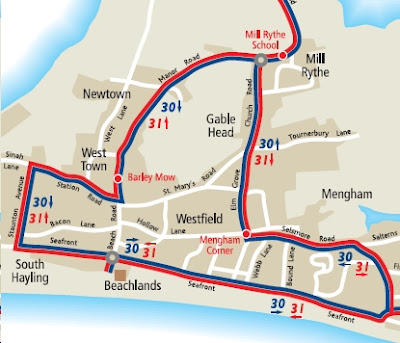 Sandy Point is about a mile further west, to the bottom right of the map above. 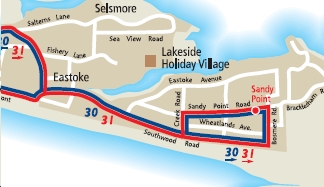 Not surpisingly the number of passenger has declined in recent years; the loading consisting mainly of cyclists and car-borne commuters from the Hayling side; supplemented by energetic tourists in the opposite direction in the summer. Perhaps the various parties should look again at relaunching the "through" service; it could be much quicker than plodding pedestrianly by public transport via Havant. The ferry owners appear to have only one boat, so mechanical failure can lead to cancellations. Windy weather is also unwelcome!


But it is still a particularly pleasant experience in summer sun!

The next public transport arrival on Hayling Island was the train.

Meanwhile, a thought for a Hayling and Portsea Island expert. Was it ever possible to travel by open top bus from the centre of Portsmouth to the Hayling Ferry, as here ... 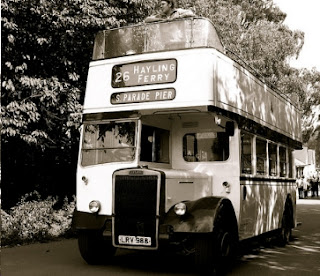 ... then by boat for transfer to the Hayling open topper on the other side? That would have been something very special!

** "A wee hurl", a phrase as used by Scottish Mrs fbb. It means "a short trip"; "an outing" but with connotations of a certain amount of speed!

Next Blog : due Saturday January 28th