Hurrying on to Horndean 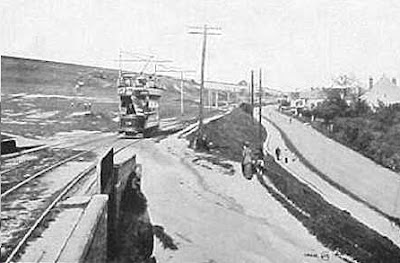 The Portsdown and Horndean Light Railway, which ran from 1903 to 1935, operated from Cosham then up the spectacular Portsdown Hill, with its stunning views back over Portsmouth Harbour, ... 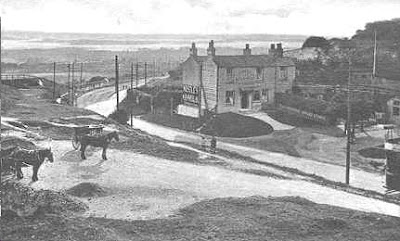 ... to the George Inn at its summit. Here it moved from private track to the centre of the carriageway where it remained until the village of Waterlooville. 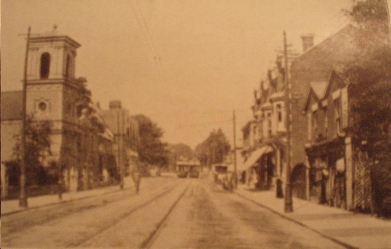 North of here, the track moved over to the eastern verge of the London Road until the terminus at Horndean was reached. 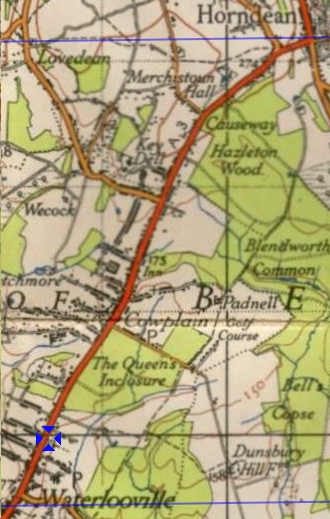 The railway's depot was at Cowplain ... 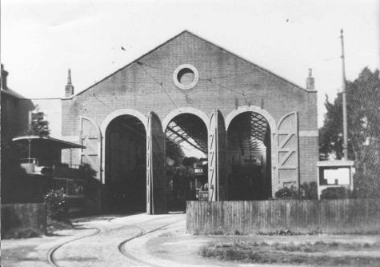 ... on the western side of London Road. The depot found on-going use after the closure as a Foden garage. 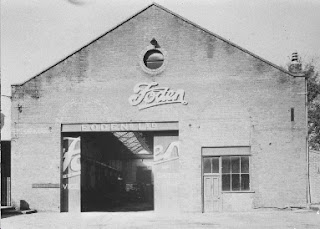 Sadly, this splendid building succumbed to 1960s development and the site is now unrecognisable as an architecturally uninspiring Lidl supermarket! 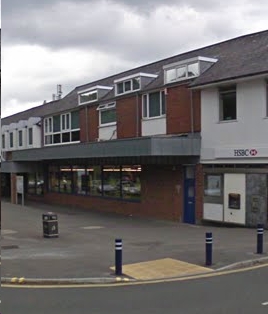 Of course, in 1903, the London Road served only the occasional hamlet and the Light Railway contributed massively to the growth of the roadside villages. It offered cheap and speedy travel to Portsmouth for work, shopping or leisure and connected with railway services at Cosham ... 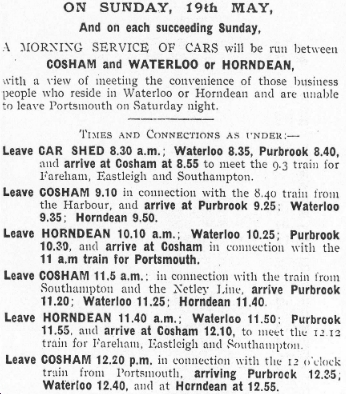 The line did not quite reach the village of Horndean but stopped at the top of the hill. 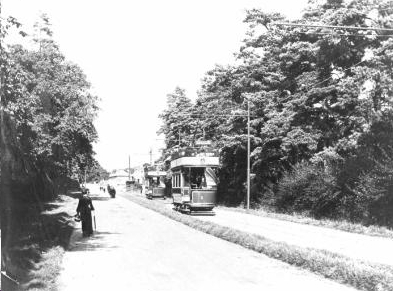 The present-day view, with the A3M scarring the approaches, is quite different. Road widening has obliterated any sign of the former tram track. 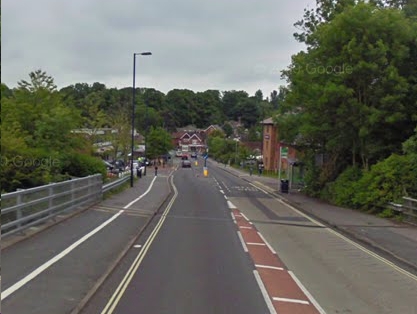 There is just one intriguing, but undocumented, possibility. Just before the motorway bridge, this little building, extended but now in a dilapidated state ... 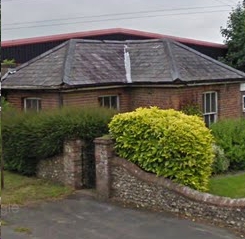 ... stands near the terminus. Was it a tramway waiting room? 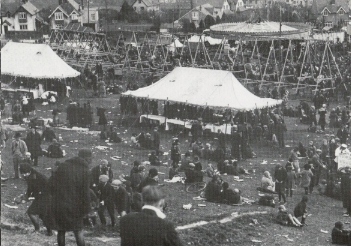 ... providing standing load custom for the trams. So lucratuive was the trade that Portsmouth Corporation trams held "running powers" authorising them to extend from Cosham to "Point A", a stop at the end of Widley Road. 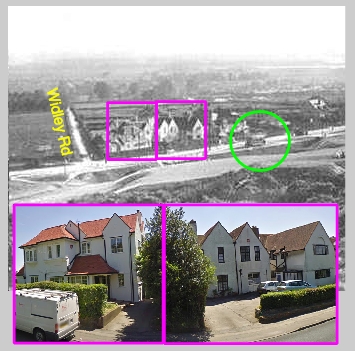 This montage shows the "empty" nature of the area back in the early 1900s, but with the original properties still in place today. All that remains of the location is ... 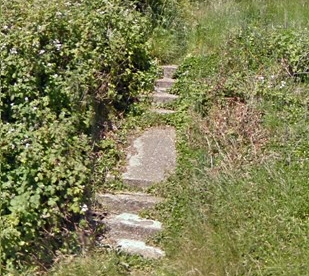 ... an overgrown flight of steps that led up to the tramstop and exuberant jollification of faiground fun.

It is worth repeating that today's "Zip" service 41 follows the railway route between Cosham and Horndean. See  "fbb's Zip Trip in 2012" (read again). 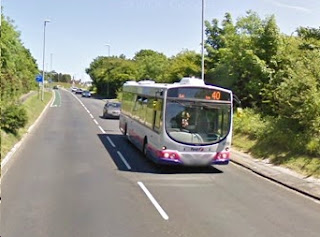 Here a service 40 (non-Zip) from Wecock Farm via Waterlooville begins its descent of a much more wooded Portsdown Hill.

P.S. Another picture from Frédéric in Belgium. This time a steam tram which ran between Bruxelles (Brussels) and Waterloo (not -ville!) in the early 1900s. Merveilleux! Merci beacoup. 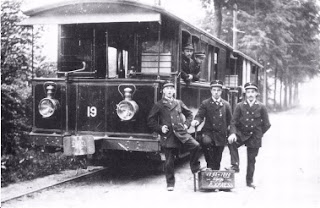 Next Blog : due Friday January 20th
Posted by fatbusbloke at 05:12