Getting Liverish about Livery

FirstGroup’s UK bus division had launched ‘Better Journeys for Life’, a new brand promise which sets out the group’s aims and plans, which will involve working more closely with all stakeholders including customers, staff and external partners. One of the first visible signs will be a new ‘refreshed’ livery which is being rolled out on First bus fleet across the UK (excluding London) in the next few weeks. This is the first stage in the company’s fleet modernization programme which gains momentum in 2012/13. 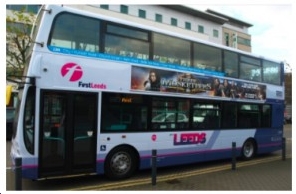 The new livery will have a standard template, however, there will be flexibility for local teams to customize certain areas of the vehicle’s exterior to prominently show town and city names or route specific identities ; fitting in with the group’s desire to provide local services for local communities. 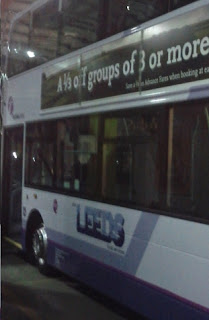 the bland leading the bland?
wishy-washy and wejected (thankfully!)

New vehicles coming into the fleet in 2012/13 will feature not only the new livery but a range of internal changes, including redesigned interiors and leather seats.

The new livery has, it must be said, gone down like the proverbial lead balloon on the blogosphere. Typical are the comments that were attracted by the "Omnibuses" blogs a couple of days ago. (read here and here)

Badgerline based in Bristol was merged with Grampian ex Aberdeen Corporation to form First Bus. The yellow and green badger was distinctive and fresh; it would still look good today, even if the name was (and is) meaningless! 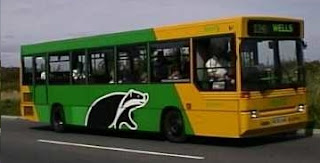 But the later all-green badger was poor by comparison. 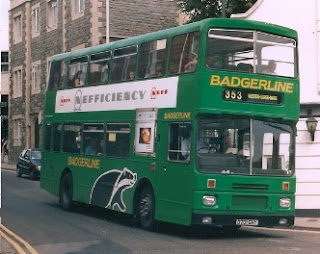 Harsh economics (and a lack of varnish!) may prevent a return to the care and cleanliness of, say, Southdown in its heyday ... 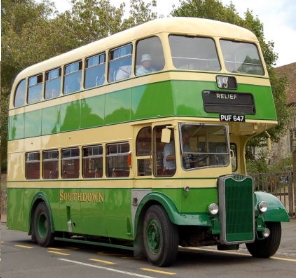 ... but, surely, a livery should enhance the image of the company and the vehicle and suggest to the customer that quality and reliability are pre-eminent. First vehicles become "tired" in appearance far too quickly and it is largely the lack of colour that creates this impression. 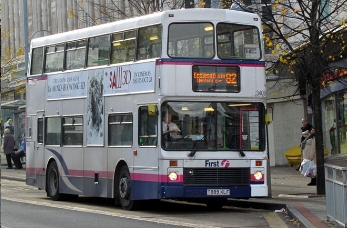 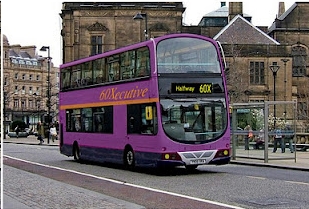 Any colour as long as it isn't white!

"Livery"
a distinctive colour scheme on a vehicle indicating its owner
(Shorter Oxford English Dictionary)
There's a clue there, somewhere. 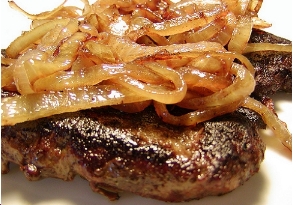 liver and onions : nicer than First's new liver(y)
Next Blog : due Tuesday January 31st
Posted by fatbusbloke at 07:13