... and our fathers that begat us.
The Lord hath wrought great glory by them
through his great power from the beginning.
Such as did bear rule in their kingdoms,
men renowned for their power,
giving counsel by their understanding,
and declaring prophecies:
Leaders of the people by their counsels,
and by their knowledge of learning meet for the people,
wise and eloquent are their instructions:
Such as found out musical tunes,
and recited verses in writing:
Rich men furnished with ability,
living peaceably in their habitations:
All these were honoured in their generations,
and were the glory of their times.
There be of them, that have left a name behind them,
that their praises might be reported.

This passage is an extract from the book of Ecclesiaticus, from the Apocrypha in the Bible. 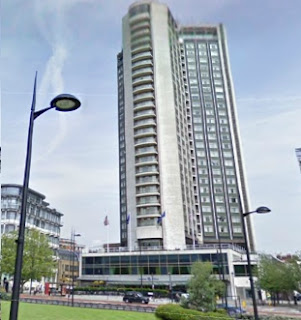 It was in 2006 that fbb was greatly privileged to be invited to collect a trophy at the UK Bus Awards.

It was on behalf of the xephos team and the chunk of engraved plastic was solemnly handed over by Steve Norris at a huge beano at the Hilton Hotel. 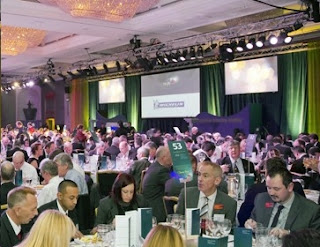 The award was for Technical Development and the citation extolled the merits of the system, its superiority over what was currently available and the cash savings that its adoption would bring to the industry. "It should be developed to provide the national enquiry service," thundered the documentation. And was it? 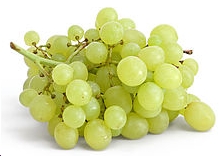 My these grapes taste sour! 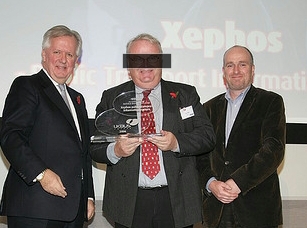 But  it was a post prandial event that introduces the more serious purpose of this blog. Gaggles of senior bus men and women left the Hilton Hotel to pick up their cars, hail taxis etc to return to their executive desks whilst fbb, clutching the award in his sweaty hand, queued up for a bus! 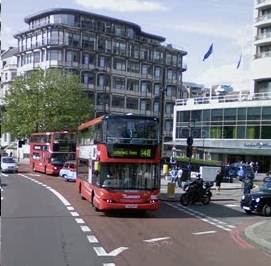 This took him to Victoria for a cup of tea with friends, then another bus thence to Waterloo for his train home. fbb spotted no other Awards Lunch guests tendering their travelcards for a homeward journey.
But this man would have done just that. 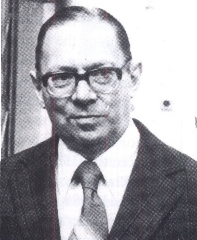 He is (nay, was) Philip D Baggaley who had held the post of Operating Superintendent at Sheffield Transport since the 1960s ... 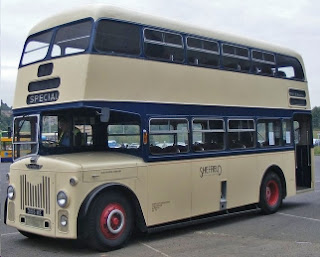 ... and continued to serve the City's travelling public through into the aegis of South Yorkshire Passenger Transport Executive. 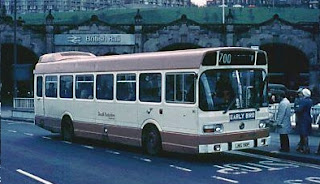 He knew where all the buses ran.
He would walk the new roads in any housing development and work our where buses and stops should go. The principle was to get a bus route running as soon as possible so that people would have a "service" as they moved in. If there was a problem, "PDB" would be out on the buses to see what it was and what could be done.
He and his staff kept a "running list" of "things to do"; a sort of box of delights to improve the performance of the Department and encourage bus use throughout the City.

In the late 60s, when harsh economics forced significant route cut-backs, the Department strove successfully to ensure that all districts retained at least some level of service. No area became busless.
He did not drive! Family holidays were always by public transport. He travelled to work by bus, eschewing the offer of even occasional use of a departmental car.
What he didn't know about the network simply wasn't worth knowing. 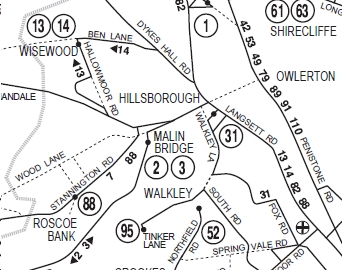 In 1980, whilst still working for the PTE, "PDB" collapsed and died on Doncaster Station and the industry was robbed of one of its great men. His funeral was attended by localpoliticians, managers, platform staff and engineering staff in huge numbers; indicative of the level of respect in which he was held. They don't make many bus men like "PDB" today and the industry is poorer for it. 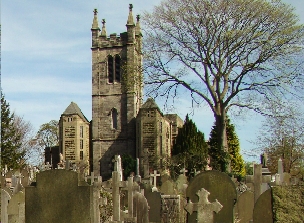 He is buried at Christ Church Fulwood, Sheffield.

On the bus between Victoria and Waterloo (see above) the award fell to bits, prophetically presaging the ultimate commercial failure of xephos, no doubt. And, à propos of nothing much, fbb's oldest boy's head teacher at infant school was PDB's sister-in-law.