It has to begin with Dr Who! 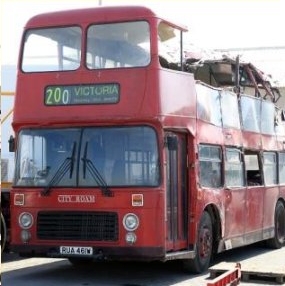 So a VR was sent out to Dubai for the Easter 2009 "special", but a container was dropped on it in the docks! James Strong, a member of the Production Team, recalls:-

One morning in the first week of February, I was leaving my flat when Julie Gardner [series producer] phoned. She said, "there's been a little accident with the bus ... it's a disaster; the bus is [expletive deleted!]." When I got into the office, I was handed a photograph—and my initial reaction was absolute horror.We had bought an identical London bus to film on in Cardiff, so could we send that out to Dubai? But [writer] Russell Davies' response was "Okay, let's embrace it. Let's say that the bus was damaged on its way to the alien planet. He wove it into the narrative. We're not trying to hide the damage at all. In fact, we show it off, enhancing it with special effects, smoke and sparks. It works rather marvellously. That London bus, damaged and smoking, in the middle of the desert—yeah, it looks incredible, especially in gorgeous hi-def."
London bus? Well, it was red. And so was this one ... 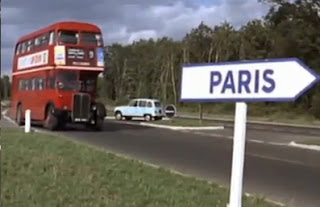 ... with a very un-London type-face on the blind, seen here approaching "Paris" and here "driven" by Cliff Richard as he and the gang set off on their Summer Holiday. O, the joys of back projection! 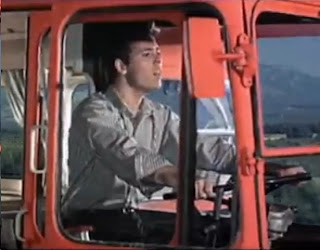 And Cliff hasn't aged a bit???
The long-closed station at Monkton Combe (near Bath) was the star of the iconic 1953 Comedy, "The Titfield Thunderbolt". 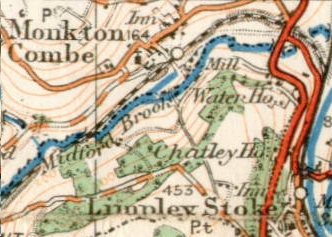 Other scenes were shot at Limpley Stoke and the junction station, Mallingford, was filmed at Bristol Temple Meads. Monkton Combe station was on the Cam valley line which had opened in 1910 and closed in 1951. But, conveniently, the rudimentary station buildings remained in place. 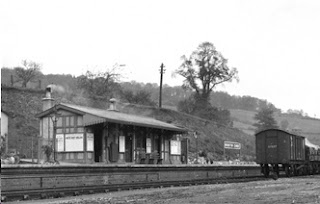 The film chronicles the hilarious but ultimately successful attempt by the village residents to run the route, closed by British Railways, as a private venture. Such a scheme was unknown in 1953, apart from the Talyllyn line in North Wales from which the The Titfield Thundebolt's author got his idea.

Part of the plot involved "bustitution", whereby the local hauliers, Pearce and Crump, had purchased a nice shiny Bedford OB to make their millions running the rail replacement service. So one thread of the story was a "race" between bus and "preserved" train. 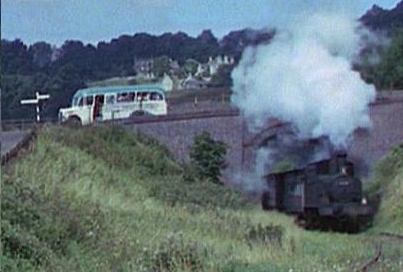 The train won, of course. This was a British film!
It was Charlie (Michael Caine) Croker's converted coach that provided the literal cliff hanger at the conclusion of the 1969 (and the best) version of "The Italian Job". 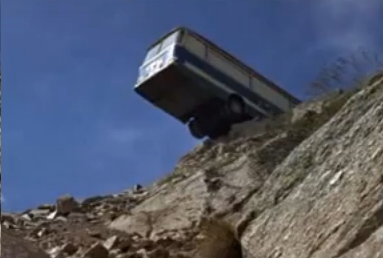 It was Charlie's closing line that left the way open for a sequel, which, sadly, never appeared. "Hang on a minute, lads, I've got a great idea! Err..." The camera zooms out, still showing the bus on the edge of the cliff as the credits roll.
What about Harry Potter? The triple decker RTs (now there's an idea for busy routes today) were labelled "Knight Bus" and formed part of the convoluted plot of "The Prisoner of Askaban". 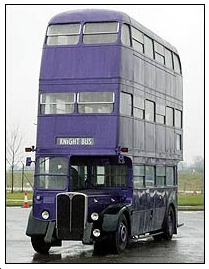 Finally, from fbb's feverish brain at least, is this screen shot. 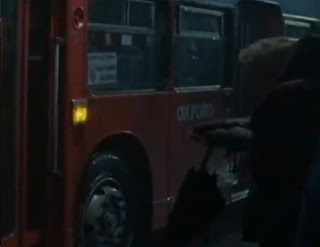 It's a dual doored red VR (not a London bus!) in National Bus livery. It is "The Last Bus to Woodstock", the first ever Morse story and TV episode. In all honesty, the bus only opened the narrative and provided the title, but nevertheless, one of its potential passengers was the first cadaver of the typically gruesome story. The bus was on a fake route, by the way ...

... with a non-standard studio-painted destination.
And finally, finally, a fictitious foible produced by London Transport to publicise the introduction of the Travelcard in 1983. It never featured in literature but might well have offered another Dr Who plot line. "The Tardis is trapped in a time-compression vortex; all of time and space is being squashed together. The Universe is being destroyed ..." Roll credits.

Now fbb wouldn't have minded a ride on this super monster. Does it still exist? 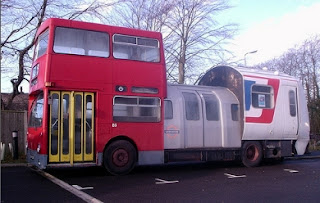 Next Blog : due Monday January 23rd
Posted by fatbusbloke at 06:21