So where and what is Silverwood? 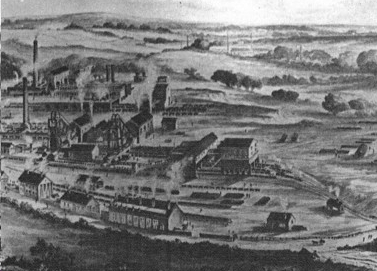 A colliery, originally called Dalton Main, was sunk in open country at Silver Wood, near Rotherham, in 1901. 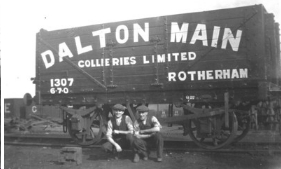 The owning company, later taken over by John Brown's, also operated the Roundwood pit near Rawmarsh; the two being linked by part of a private railway system. 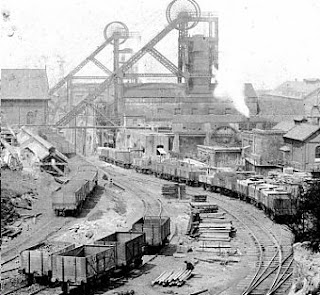 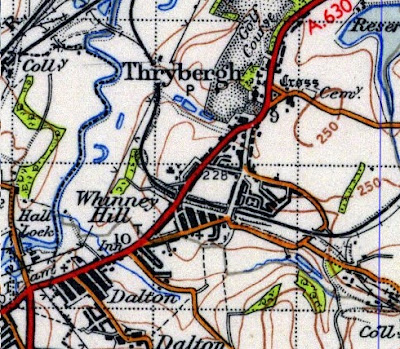 Roundwood Collery top left : Silverwood, bottom right
The trains were operated by a rake of seven former Mersey Railway coaches hauled by a vacuum brake fitted locomotive, regularly assisted by an additional locomotive on the front for extra power. These lasted until the 1930s when, either the workers at Silverwood had moved to new housing in Thrybergh, or were in a position to use the new "pit buses" operated by private companies and later by Rotherham Corporation. The platform was removed shortly after the last train left. 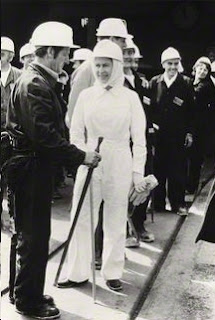 A second Silverwood Colliery platform was a specially constructed railway platform built with only one passenger in mind, H. M. The Queen, when she visited the colliery on 31 July 1975. The royal party stayed overnight on the Royal Train in Silverwood Colliery Sidings before the colliery visit the following day when the platform was used for its only time. The Royal Train was hauled by Class 47 locomotive No.47172. 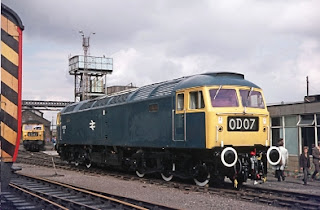 Eventually, Rotherham Corporation had provided a trolleybus service (known locally as "trackless") to the colliery, a branch off the service 37 to Thrybergh. 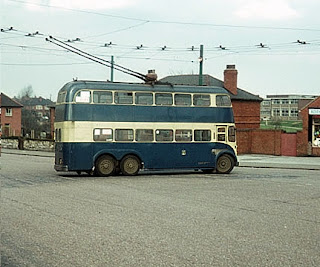 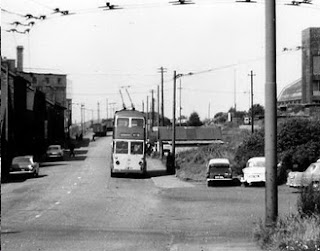 Much to the annoyance of enthusiasts, later "shift change" trips to the colliery were run by motorbus; the whole 37 route (Kinberworth, Rotherham, Thrybergh) changing to diesel power the following day. fbb also rode the very last Rotherham trolleybus in service, ever, later that night as it swished its way to Kimberworth.
A comparison with todays' picture of the same location shows that nothing remains; mining having ceased in 1994. 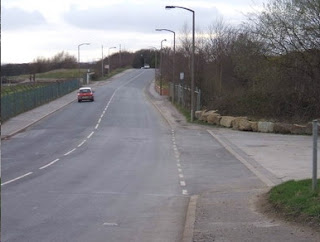 Remaining coal reserves were extracted via Maltby Colliery but coal washing etc. continued on the site until early 2000s. The area was completely cleared by 2006.
Only the overgrown trackbed of the erstwhile colliery branch line can be glimpsed from Hollings Lane. 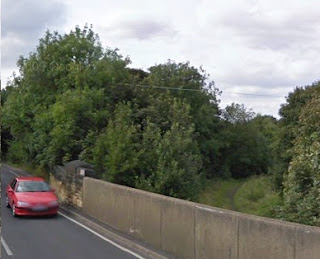 It will not surprise our loyal blog readers that Silverwood no longer echoes to the sound of Public Transport.
Or does it?  Therein lies a bit of a mystery ...


Next Blog : due Tuesday January 24th
Posted by fatbusbloke at 02:49