The first post-war tram service to be withdrawn was between Malin Bridge, City and Fulwood (via Hunters Bar). 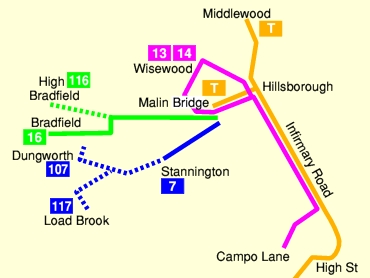 Yesterday's blog examined the replacement arrangements, using modified existing services, in the north of the City. For the other (western) end of the former tram route, the solution was different but even more controversial. Trams would continue to run from City to Ecclesall with service extras as far as Hunters Bar. 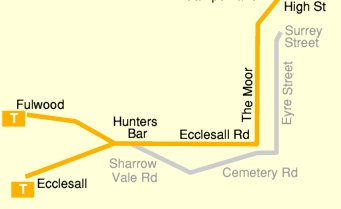 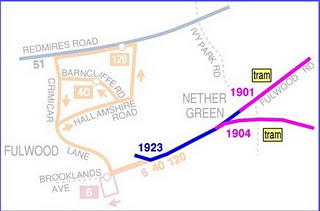 ... and was, arguably, one of the weaker commercial prospects. Rustlings Road bordered the extensive greenery of Endcliffe and Bingham Parks ... 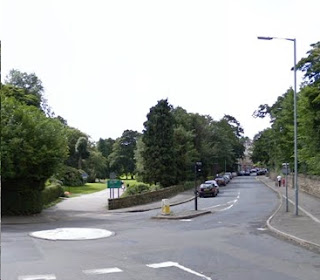 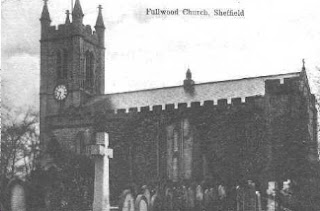 ... the clientele would have been reasonably "posh"! 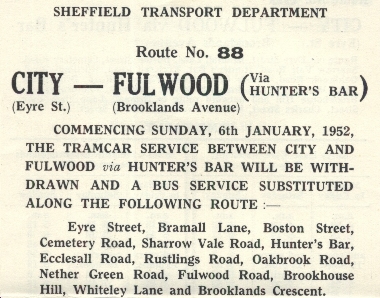 A brand new service 88 would be introduced to serve Rustlings Road, Nether Green and Fulwood. 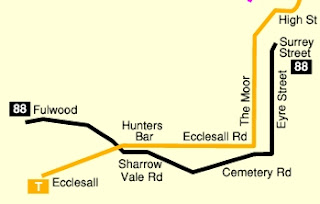 It was to start at the Surrey Street end of Eyre Street, near the City's central Library. 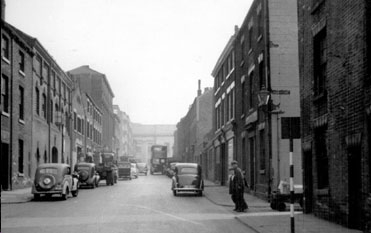 This was well separated from other services and less convenient than the withdrawn tram for all popular shopping areas. Its route in the inner city was largely industrial and would later (1968-ish) be obliterated by the construction of Arundel Gate and its approaches. 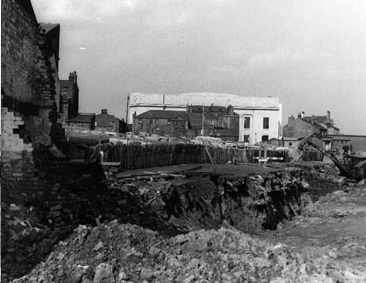 The route then found its way via back streets onto Cemetery Road and Sharrow Vale Road, away from the remaining frequent trams and with local passengers discouraged by higher than normal fares. The policy was to keep the upstart bus as far away from existing trams as possible.
From Hunters Bar onwards the former tram route was regained, and followed to the terminus. 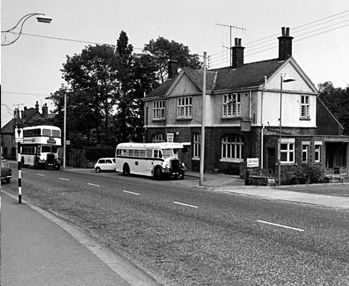 The single deck vehicle outside the Rising Sun at Nether Green is an ex Sheffield Transport bus, recycled as a mobile library.
The public did not like the new 88 one little bit. And so it was only a few months later (10th August 1952) that Sheffield Transport admitted its mistakes and, retaining the 88 number, provided a direct replacement for the tram on both sides of the city. 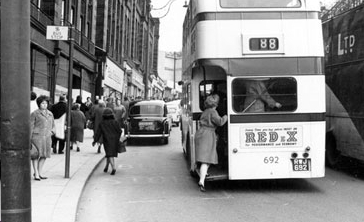 Passengers could travel to all the major city shopping areas and connect with other services, although the route was still kept away from High Street and used Norfolk Street instead. 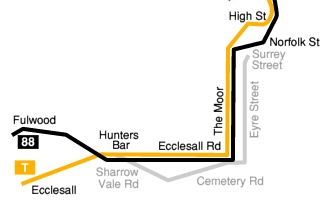 Power to the People!

On  Sunday  we take a look at the present pattern of service to see how frequencies compare with the once-traditional clanging, rattling and lurching trams of old.

Next Blog : due Saturday January 7th
Posted by fatbusbloke at 21:18