The introduction to this little series of blogs was published on Monday 9th January; see "The Bees' Meadow is the Bees' Knees [1]" (read again)
Although trains had served Dronfield Station since 1870, the first motor bus did not arrive until the end of July 1919. Sheffield Transport began a service from the Woodseats tram terminus at Chantrey Road ... 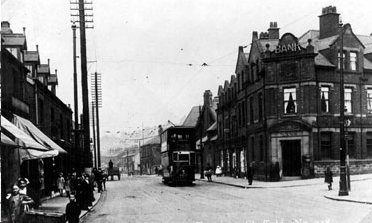 ... to the centre of Dronfield via the main Chesterfield Road. A couple of months later the route was extended to Unstone, then cut back in 1920 and extended again in 1922. It is assumed that this was due to the poor condition of the road, rather than poor revenue. When the Woodseats tram route was extended to Abbey Lane Cemetery, the Dronfield buses made their connection there. 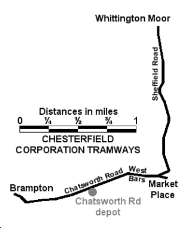 Chesterfield's one-route tramway was operating from Brampton to Whittington Moor, celebrations at the handover from horse to electricity
so it was logical to extend the bus service to there. 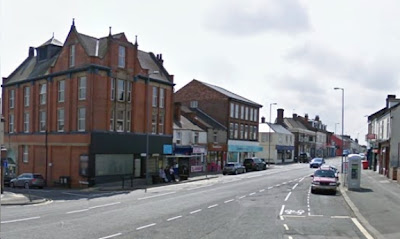 This happened in November 1923 to provide intrepid through passengers with the three-leg, two connection service, provided jointly by the two municipalities. The first ever Chesterfield Corporation transport timetable leaflet gave details of the connecting services ... 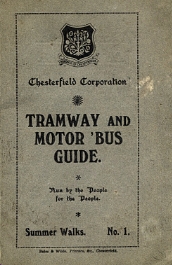 ... whilst promoting a range of summer walks. For the tramway enthusiast, a Chesterfield tram is preserved at Crich. 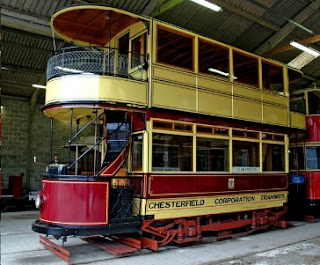 But on Wednesday 1st August 1925, the two Corporations responded to the criticism of potential and actual passengers and introduced a joint through bus route between Pond Street in Sheffield and Newbold Road in central Chesterfield. In 1937 the southern terminus was moved to Elder Way and remained there until post-deregulation times. Indeed, certain trips on today's services [43, 44, 44A] still use that terminal point.

With the introduction of route numbers throughout Sheffield in 1926, the Chesterfield route was numbered 12 with "short workings" to Unstone showing 14. In 1943 the Unstone journeys were renumbered 111, to avoid conflict with the Sheffield City service 14 to Wisewood and/or Chesterfield's delightful rural route to Apperknowle ...

To save comments from other pedants, fbb records that service 11 journeys to Dronfield developed into a self-contained route to a newly-built "Hill Top" estate in July 1958. Ten years later, these trips were renumbered 55 to make way for the proposed "main line" service 11 (see below). In March 1974 55 was again renumbered 255 as part of South Yorkshire's county-wide scheme.

In August 1964 a limited stop version was introduced, numbered 512, but still via the main A61 road. 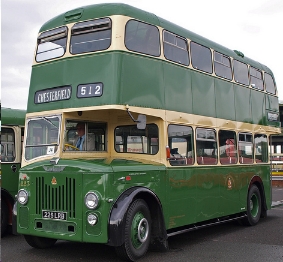 There were long-tern aspirations to extend the 512 through to Nottingham and test journeys were run but, in the end, the idea was not pursued. On one such occasion fbb's brother-in-law-to-be, as the junior member of staff on the bus, was ordered to clamber up a railway embankment to check that the double decker really would go under the bridge. It did, but never in service!

But in the late sixties work had begun on the Gosforth Valley development ... ... and so, in September 1968, part of the main road service 12 was diverted via the new estate and numbered 11. Initially operating Monday to Saturday daytimes only, an evening and Sunday service was started just over three years later. With minor modifications to the service 11 as housing spread, this group of services remained static until 1980. 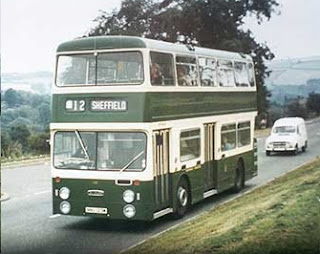 It was the 1980 change that set the pattern for the present-day service between Sheffield, Dronfield and Chesterfield.

But, before completing the picture, we need to divert slightly via a small but significant "independent" operation.

Next Blog : due Saturday January 14th
Posted by fatbusbloke at 03:10