London Road always was the main station (opened in 1892) and the frontage has changed little between 1910 ... 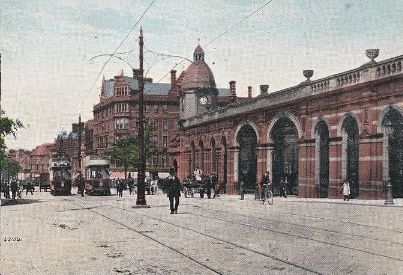 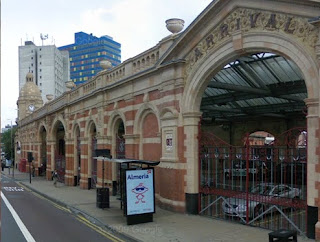 This area is due for a further refurbish and upgrade in the near future which will, thankfully, preserve the superb frontage brick- and stone-work. Prior to the opening of London Road, the Midland Railway station was in nearby Campbell Street from 1867. 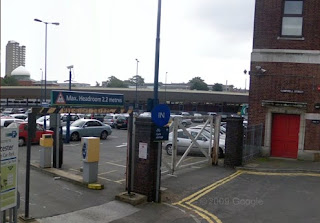 An alternative route south to London and to the North was opened in 1899  by the Great Central Railway ... 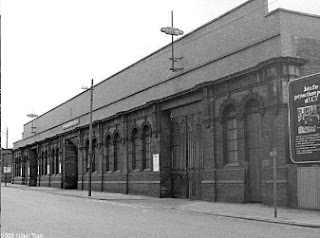 ... and its entrance still remains but the viaducts and bridges that carried the tracks into the station have all been demolished ... 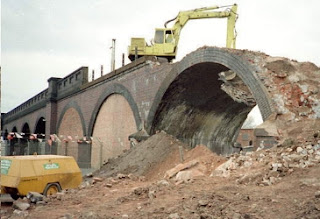 ... leaving just the vehicle circulating area in use for storage. Leicester Central closed in 1969. Notice that the stalks which held aloft the "British Railways" sausage logos have never been removed! 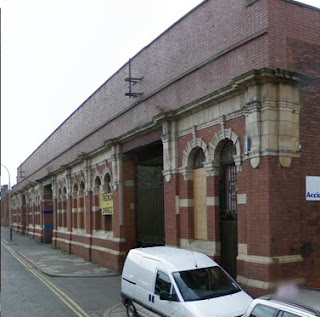 Three stations remain to be located. The Great Northern Railway arrived from the east in 1882 and built its surprisingly grand Belgave Road terminus ... 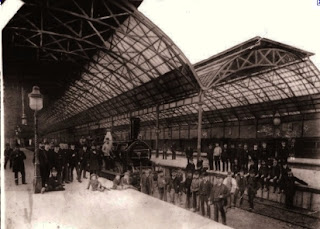 ... which was, until its recent demolition, the Leicester home of Vic Berry, celebrated scrapper of steam locos. Belgrave Road closed in 1957. 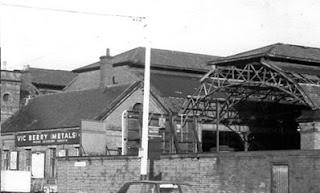 In a way, the most fascinating of Leicester's station was the smallest and least used. The Leicester and Swannington Railway was opened in 1832 ... 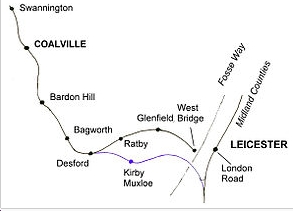 ... just 7 years after the very first line between Stockton and Darlington. Built to carry coal, initially it had no aspirations to provide a passengers service and so had no stations; but tickets, presumably for a ride in a truck, could be bought at a nearby hostelry from 1849. 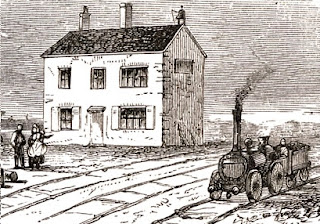 A proper station, Leicester West Bridge, was opened nearby in 1893 ...

Nothing much is left of the Glenfield and Leicester section of line which closed to passengers in 1928, except a commemorative (but often vandalised) display on the old West Bridge station site ... 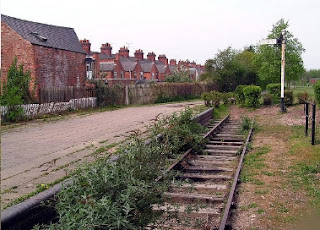 ...(the platform is the original) and the eastern portal of Glenfield tunnel. 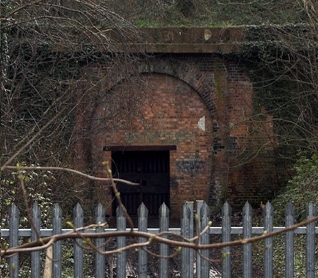 The other tunnel mouth has been obliterated by development.

But we must not forget the newest railway station. 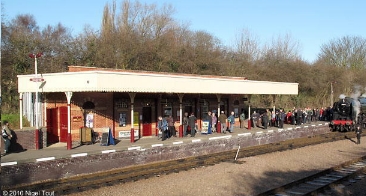 Leicester North is the terminus of the preserved Great Central Railway (web site here) which runs to Loughborough and has aspirations to extend to Nottingham. The station opened in 1991. Alas, there is no chance of ever reaching the centre of Leicester again as road developments and viaduct removal have obliterated any useful trackbed. So these buffers will be the end of the line for ever. 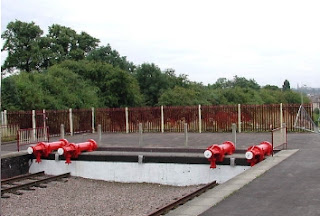 For lots of info about the demise of Central Station, click here. And below is a map (from the 1930s) showing the various terminals and their geographical relationship with the Haymarket clock tower, traditionally the centre of the City. 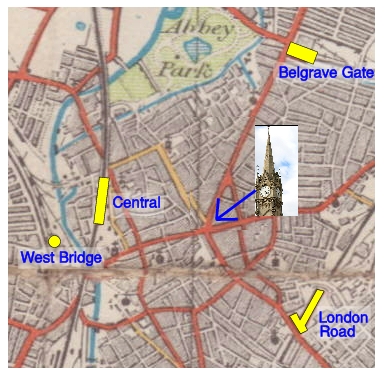 Tomorrow, electrons permitting, we take a brief look at Leicester's buses and their background plus a retrospective report on todays journey from the sunny but chilly south. 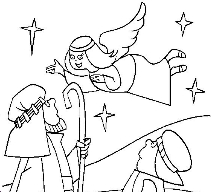 What on earth are angels?

Well, therein lies the problem. Angels are mentioned in two contexts in the Bible. In heaven, the description is of six-winged "creatures" of a very non-human kind. But that's only to be expected. Heaven, by definition, is outside of our space and time so any description has to be a pathetic half truth, a feeble attempt by human minds to describe a supernatural location. What the shepherds had was, without a doubt, an "out of this world" happening, an encounter with the power of God in a very physical form. No-one should seriously think that they saw pretty girls in white frocks floating in the sky, probably wearing tinsel halos made out of coat hangers!

When angels manifest  themselves on earth they are very different. They are described as male (N.B.), gutsy and not at all girly. Wings are never mentioned; there are numerous accounts throughout history of very sane humans meeting "people" who bring a message of protection or comfort direct from God. Their supernatural arrival is always scary and, understandably, they have to say "Do not be afraid".

It is not easy for a thoughtful, open-minded person to dismiss angels as out-of-hand. Mary didn't and she was put in a dire position by hers. The shepherds didn't. So why should we?


Don't be afraid! This very day in David's Town [Bethlehem, birthplace of the Old Testament hero] your Saviour was born - Christ the Lord."

Next Blog : due Monday December 12th
Posted by fatbusbloke at 07:03