So we're off to Canklow


Yesterday, we discovered that Canklow, approximately 1 mile south of Rotherham, was nothing more than a cluster of cottages round a mill on and a bridge over the river Rother. The railway (opened 1841) initially ran through idyllic rural beauty. 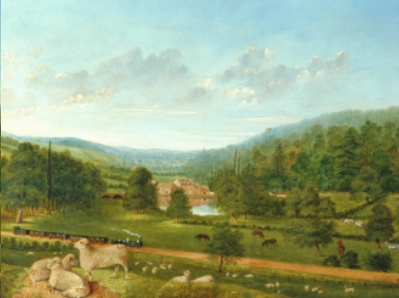 This rather idealised picture was painted by C Boocock in 1857 and is in the National Railway Museum Collection; it looks north towards Rotherham and the train is roughly where the Canklow engine shed was built a few years later.
There was, almost certainly, another Canklow Mill (possibly called "Town Mill"), much nearer Rotherham and just off the present Canklow Road. Note"Weir" on the map below.

The lane to the mill is shown on the 1856 map extract and its existence is remembered in the 1930s Mill Street, just off Canklow Road. Indeed almost opposite Mill Street... 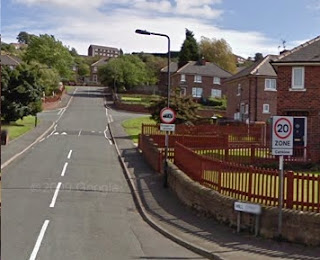 ... the line of that little lane is clearly visible amongst modern industrial units. 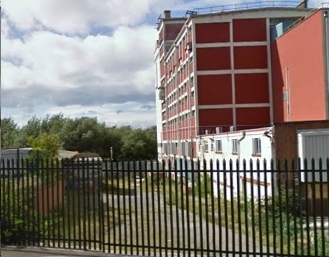 Suffice it to say, the two mill sites appear to be confused, at least in on-line accounts; as here referring to the modern flour mill part-pictured above.
The multi storey facility at Canklow was constructed in the late 1960s with further additions up to the 1980s. Premier Foods, the owners of Rank Hovis, closed the mills in 2008 due to the production of flour in the area not being viable due to over production capacity within the group. The adjacent distribution centre remained in operation. According to the South Yorkshire Archaeology Service, historical maps show "Town Mills (corn)" on the Canklow Road site, indicating a long history of milling. The Ordnance Survey map of 1854 labels the building as "Old Brewery" and it is unknown if milling occurred alongside this or earlier.
Documents detailing the history of the Feoffees of Rotherham set out that land in Canklowefield "on windmill hill" was leased to Richard Milner, a maultster, in 1672. Leases of the Sheffield Estate mention John Taylor of Canklow Mills when he leased land from the Duke of Norfolk in 1783. Records also show a John Jackson of Canklow Mills in 1839, and Charles Garfit of Dunlee, co. Cork. leasing "land with Cornmill called Canklow Mill", in 1886.

But it it was the Rotherham Main Colliery that changed Canklow so dramatically:- 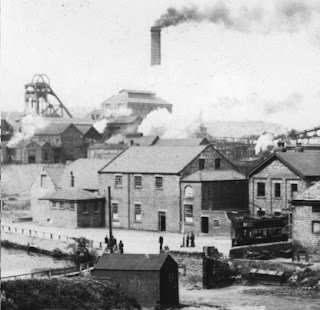 The first shaft was commenced in 1890 with the pit going into production in 1894. The owners of the colliery and later the coke ovens and by-products plant were Sheffield-based steel makers John Brown and Company who also built houses for their workers and a school for the children of the colliers. An accident occurred in 1891 when 8 miners fell 60 feet from their wooden platform.
The colliery had problems, the area was prone to flooding but prior to World War I it employed around 2,000 miners. Following the General Strike in 1926 the colliery was virtually closed and needed just 300 employees to maintain it.
The colliery closed in 1954 and nowadays there are no signs of its existence, the last of what did remain being swept away under a road scheme which followed the Rother Valley linking the town's relief road to the M1 via Rother Way to Junction 33. 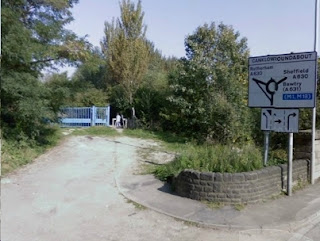 Perhaps not quite "no signs" because this gated track on the Bawtry Road near the present Canklow roundabout  looks very much like the remains of an old industrial site, and thus once part of the colliery.
In 1903, Rotherham Corporation began operating trams including a route along the otherwise undeveloped Canklow Road. 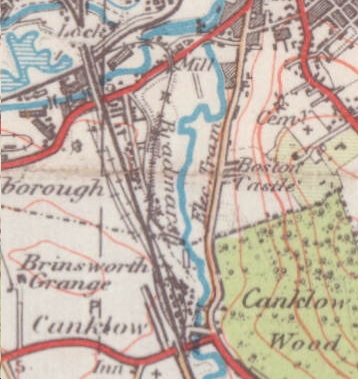 There is a tram in the colliery picture above and another shot here:- 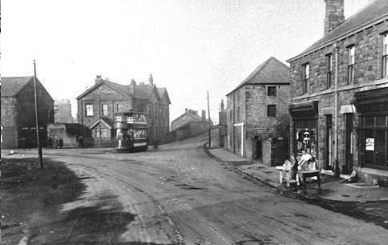 Canklow Road (behind the tram) was blocked off as part of a major modern rebuild of the roundabout area which destroyed any last vestige of the old village. Here a present-day bus joins the original road off the new dual carriageway. 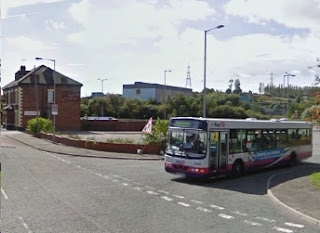 Trams were replaced by motor buses in 1934 with services continuing to Brinsworth and Treeton; a pattern of service which is much the same today. 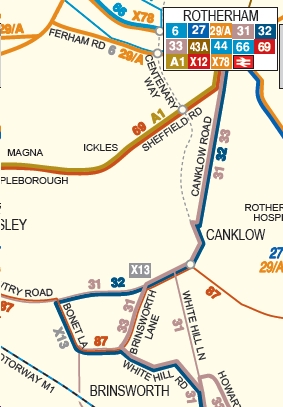 Route 33 runs to Treeton every 20 mins, route 32 via Handsworth to Sheffield, also every 20 mins, whilst the 31 is an hourly shoppers service to the huge Meadowhall "Mall". Service 87 runs from Meadowhall to Maltby and the X13 is a recently introduced fast "commuter" service via Parkway to Sheffield; two trips, Monday to Friday only. 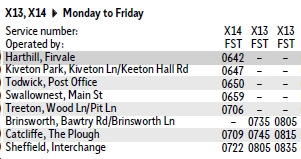 Towards the top of the map we espy the main road between Sheffield and Rotherham, carrying the once-very-frequent service 69 and the A1, a "regeneration" route via the (closed) Sheffield City Airport area. It is almost unbelievably obvious that the 69 does NOT run via Canklow and NEVER HAS ...
... EVER.
But our ever accurate chums at Travel South Yorkshire have a very different view.

I know, it's hard to believe, but it is what they tell people on the screens at the Sheffield interchange Interestingly, the Rotherham display is different ...

... but still wrong about Canklow. What's happened to Atlas? 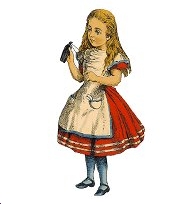 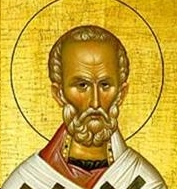 Santa Claus?
Today (December 6th) is the Saints' Day of Nicholas of Myra, an obscure bishop from an obscure town in ancient Turkey whose life-story is not particularly well recorded. He was an orphan and thus had a soft spot for all children. Particularly in the Dutch tradition, where he has become Sinterklaas, he visits all children during the night of December 5th/6th leaving small gifts in their shoes. His side-kick is Black Pete who is bad cop to Nick's good cop. If kiddies have been naughty, then Black Pete will get them!

"Santa" has absolutely NOTHING to do with Christmas!

Incidentally, the giving of gifts at CHRISTmas has precious little to do with the Wise Men story either; as we shall see. The "lavish present" policy of the modern "festive season" should be a thoughtful response to the Greatest Gift of All:-

Let us thank God for His priceless gift [i.e.Jesus].

Next Blog : due Wedesday December 7th
Posted by fatbusbloke at 03:28