So we're off to Canklow.


Canklow was nothing more than a cluster of cottages around a mill, about a mile south of Rotherham, until the late 19th Century, so insignificant that it doesn't even get a mention on this 1785 map extract. 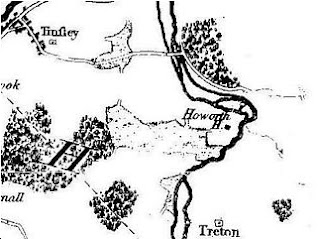 This engraving shows the site of the mill and a bridge over the river Rother just half a mile east of the hamlet of Tinsley. 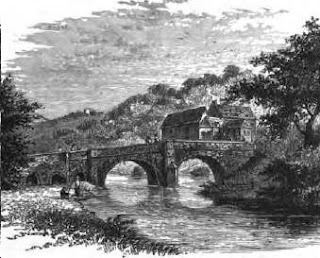 The only significant "superior" residence, nearby, was Howarth Hall ... 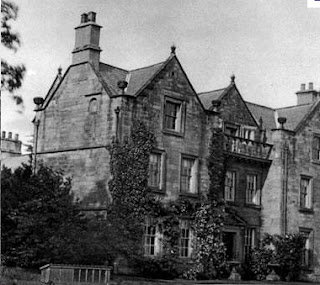 ... situated just off the road to Whiston. It has long since gone but has a dubious claim to fame as it has a ghost which reputedly walks at the midnight hour, presumably round the electricity substation and motorway junction which now occupy the site! 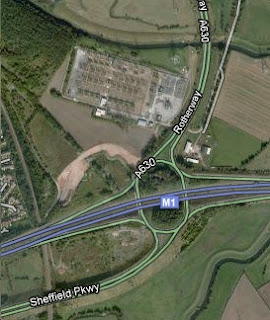 Why do spectres only walk at midnight? It must be very boring with nothing but a few loony ghost hunters to entertain.

In 1841 the North Midland Railway opened from Chesterfield to Rotherham (Masborough); the road from Tinsley to Canklow Mill was diverted to the south, under the railway and subsequently over the Rother on a new bridge. 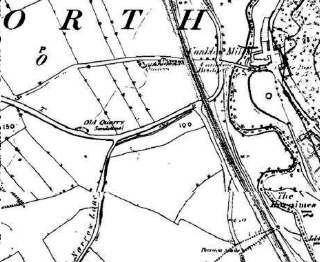 The 1856 map shows the line of the old lane to the north of the newer (via "Old Quarry") link; the new bridge has yet to be built necessitating a sharp left bend to get to the old river crossing. The present Bawtry Road follows a similar line, seen below from the much changed location of Canklow village.. 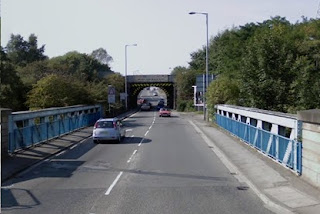 "Much changed" is something of an understatement, because nothing remains of the original mill, bridge and village. The site today is marked by a large roundabout and ... 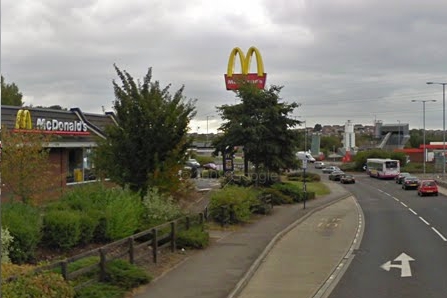 
There is, however, no sign remaining of the old track to Canklow, swallowed up in modern housing, viewed here from the present Brinsford Road, parallel to Bawtry Road. Canklow Woods are seen in the distance beyond the railway line which lies in a hidden dip. 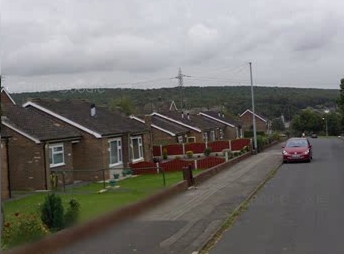 It was in 1890 that the new owners of a small pit began the reconstruction of what became known as Rotherham Main Colliery. This opened in 1894 and led to the rapid development of the former hamlet of Canklow.
Elderly ferroeqinologists will be reminded that there was a loco shed at Canklow (originally 19C) ... 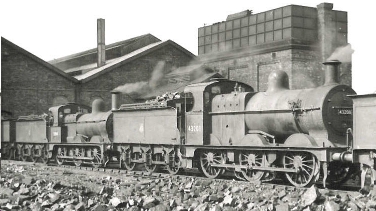 On the west side of the Staveley line, south of Canklow bridge, a brick built shed with a triple gable style roof was opened by the Midland Railway in 1900. 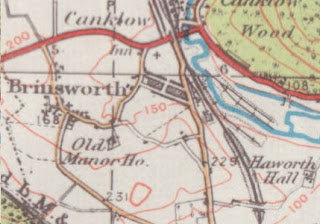 The facilities included a ramped coal stage and water tank. The shed was closed by BR on October 11th, 1965 but used as a servicing point until September 1966. It found further use as a factory prior to demolition in the 1980s and by 2006 the site had been redeveloped with housing, as here on Gresham Avenue. 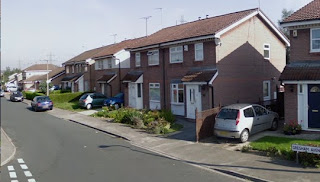 Of course, in good old railway tradition, Canklow shed was at Brinsworth!
Tomorrow we look at the impact of Rotherham Main colliery; at Canklow's public transport then and now; at confusion caused by a second "Canklow" mill and enjoy a particularly juicy bludner from Travel South Yorkshire. Too much excitement?

The image of Mary and Joseph, with donkey, trekking happily from Nazareth to Bethlehem adorns many cards and is fixed in the minds of many believers and cynics alike. But it is a nonsense! There is no mention of a donkey in any Bible text. Indeed it is highly UNlikely that a jobbing carpenter could afford to own, or even hire, his personal bray-mobile. What is worse, if they had travelled by donkey, Mary would have walked and Joseph would have ridden! Despite howls of horror from our feminist friends, that was the social convention of the day.

But they walked; and it was a very tough journey.

The only new testament donkey of note was later ridden by Jesus as he approached Jerusalem on "Palm Sunday" to symbolically clear traders from the temple; thus confirming his Divine authority.

My temple will be called a house of prayer; but you have turned it into a hideout for thieves.

Luke Chapter 19 verse 46
Perhaps if we removed the shallow gloss and false glitter from the Christmas story, it would become more real and more meaningful?

And fbb and Mrs fbb could have visited Exeter Cathedral without being trapped by a supermarket style till. They left WITHOUT paying or enjoying the spiritual peace of that magnificent pile. £5 a prayer session reduced to £3.50 for OAPs. BARGAIN!

Next Blog : due Tuesday December 6th
Posted by fatbusbloke at 07:09