I hope that when you finally get to
the Christmas Day window,
you will not only find the Saviour of the World
but also an enjoyable and relaxing time.
Not too much chocolate though,
or you would have to become obb instead.
obb? Ordinary bus bloke? Obese bus bloke?
But thanks, John. Happy Christmas to you!
-------------------------------------------------------------------
A repeat blog from 2010
December 2011 was bitterly cold; snow had fallen, snow on snow; the earth was hard as iron; water was like a stone; but at least the main roads had been gritted. Joe Saer, with his finacée Maerwin, accepted a lift in a neighbour's 4x4 from their humble cottage in the bleak midwinter of North Wales to complete what could well be the most challenging journey of their lives! 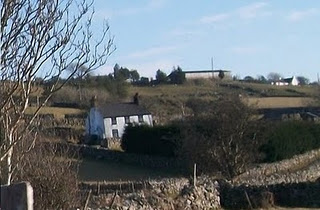 The first stage was short but simple; to travel the three miles to the Express depot at Penygroes ... 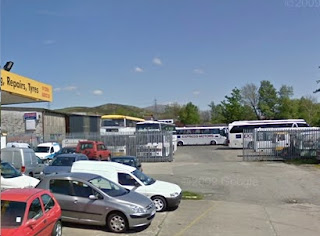 ... to begin their first public transport journey of what would be a long and tiring day. Above the deep and dreamless sleep of this little town they caught the Express Motors service 1A at 0716 ... 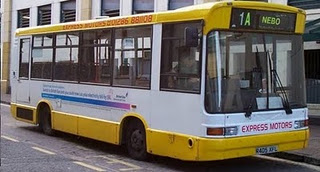 ... which would take them north through Caernarfon and on to an interchange at Bangor Station. 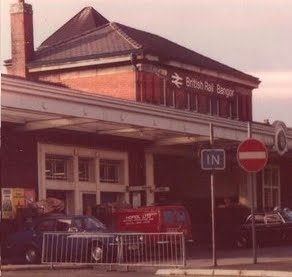 Here, after a chilly 30 minutes wait, they joined the (in)appropriately named Virgin Trains service to Crewe which left bang on time at 0822.   Maerwin was, as they say, "with child" and, as they say as well, "due any day now"! 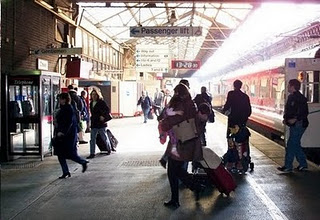 Crewe Station was busy, even though it was the "festive" season and, arriving at 0954, they barely had time to join their next train, the 1008 departure, which would take them a long four hours before they arrived at Swansea. The route took them through picturesque Hereford ... 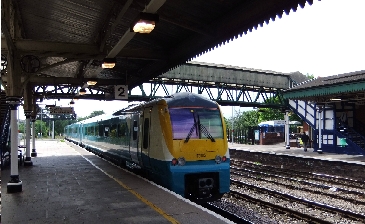 ... and via Newport and Cardiff; but Maerwin was not in the right mood to enjoy the view, anxious, quite rightly about the baby-to-come.

The rather grand and recently upgraded station at Abertawe (Swansea) was reached a few minutes later than the advertised 1355 but a slightly panicky dash across the High Street got them to the bus stop just in time to catch the First Bus X13 due at 1411. 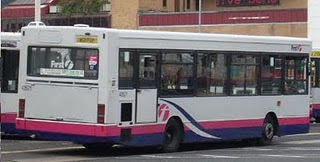 This would deposit them at Ammanford's sumptuously appointed bus station (?) at 1507 ...

...with another almost too-tight connection for the 103 (also First Bus) at 1515 to Llandeilo. They now had just two more bus rides until they reached their ultimate destination; to sleep in heavenly peace (!) and await the arrival. After all, it was December 24th! 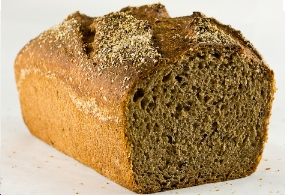 A strange picture for an Advent Calendar (writes guest contributor Professor Bob Keflatus) but a very appropriate one. The inauspicious settlement of Bethlehem derives its names from the Hebrew for "House of Bread" and bread, in its many forms, has been the "staff of life" since primitive man moved from being a rough hunter to being a "domesticated" farmer.
The idea that an infinite God [omnipotent, omniscient, omnipresent and benevolent**] would manifest Himself as a baby, in a manger and in a shed for animals is either the most ridiculous concept in the whole of history or it is profoundly true. As fbb often says, "You couldn't make it up". But we are stuck with the history. The evidence for the historical Jesus is far stronger than for many other unchallenged ancient figures, although the debate as to where he came from and where he went will only ever be resolved through Faith or in Heaven!
The theology says that He came to bring life, a life of inner strength and future purpose that, despite humanity's apathetic arrogance, is an utter necessity; very much like bread.
"I am the bread of Life," Jesus told the people, "He who comes to me will never hunger, he who believes will never be thirsty."
John Chapter 6 verse 35
The Bread of Life delivered to the House of Bread
Now that's completeness for you! 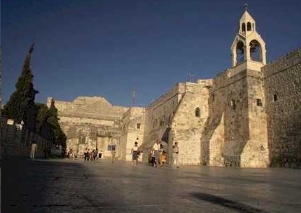 
** Roughly translated, "God is all-powerful, knows everything, is everywhere and is really, really good."
Posted by fatbusbloke at 03:15