The end of the line?

A bit of potential transport history missed by fbb whilst slavering over bloggable stuff in Leicester, was this from the press office of Transport for London:-

A new timetable came into effect on the District Line on Sunday 11th December which increased frequency, reliability and capacity.

The changes include additional trains on the busy Wimbledon branch ... 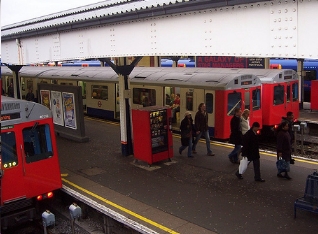 The changes were the subject of a major consultation exercise earlier this year, in which nearly 18,000 customers, local businesses and stakeholders took part, almost 80 per cent of whom were in favour.
This policy of  "consultation" is an amazing idea. Ask 14,400 people if they want extra peak hour trains on their busy underground line. They might just say "yes". Meanwhile, ask 3,600 people if they mind losing their service completely to provide the extra trains. They will say "not happy at all, mate".

But hooray, cheers and frabjous joy, 80% of those questioned think its a good idea. Successful consultation and the scheme you have planned goes through on the nod.

So the bit of the timetable change that LT was somewhat less "shouty" about is the complete withdrawal of the Monday to Friday service on the Kensington Olympia shuttle. 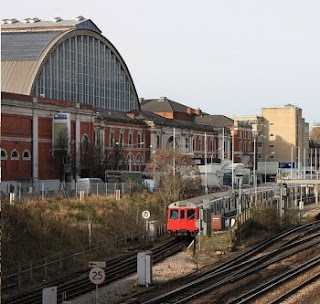 Back in the halcyon days of fbb's youth, trains from Kensington to Olympia ran only for major exhibitions and the line on the map was dotted. In 1986 London Underground decided to run a daily service every 15 minutes and the line went solid green. 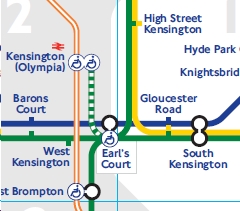 From 11th December it reverted to dotted green.

To simplify the service, reduce delays and boost services to the Wimbledon branch which is the busiest section of the District line, LU has removed weekday services to Kensington (Olympia), which carry less than one percent of District line passengers.

The Olympia service will still operate during the weekend, and LU plans to operate special services to serve major weekday events at the Olympia exhibition centre.

When first started, the shuttle ran every 15 minutes and, at some time not well publicised by Transport for London,  this was reduced to every 20 minutes. fbb wonders whether, apart from the now-withdrawn Epping to Ongar shuttle (seen here at Blake Hall station) ... 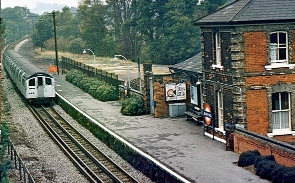 ... this was the LEAST frequent London Underground service of recent years. Doubtless, someone will put the chubby one right!

London Underground is part of Boris the Blue's timetable secrecy club, so to check times we needed to go on-line ... 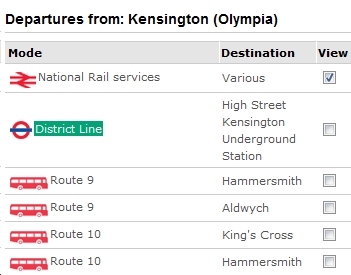 But, alas and alack, a tearful fbb will no longer be able to enjoy the thrilling 3 minute ride from Earls Court on a Monday to Friday unless he is going to an "important" exhibition; when, presumably, the enthusiastic 80% will, once again, be crammed like sardines on the Wimbledon branch. Happy days!

Apart from the 20% who were not happy when "consulted", the consumers' body is less than enthusiastic ...

“There are big question marks over this decision. Increasing capacity on the Wimbledon branch of the District Line is fine, but we are extremely concerned that withdrawing the Olympia service will result in increased overcrowding on the West London Line. The existing London Overground and Southern services on that route are already badly in need of relief.”

And she is concerned about access for the less mobile ...

"Those who cannot manage steps will find life tough as a result of this change. In future, passengers at Olympia would need to follow a lengthy route by road to reach the southbound Overground platform to reach the District Line, without needing to use steps. And at West Brompton, the alternative interchange point, ... 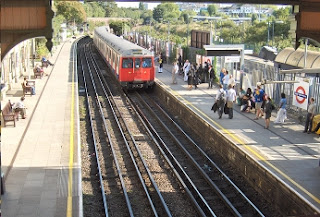 ... the southbound District Line platform has no step-free access.” [On the left in the picture above.]

fbb wonders how many votes Boris the Blue had. Three feeble cheers for democracy.