Regular readers may remember that on December 4th, fbb reported an incident where he had been refused travel using his old fogey's pass. Re-read the note (here)
The heinous and distressing incident took place here ... 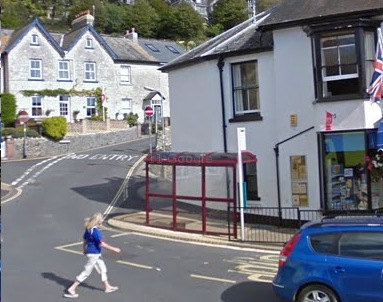 ... at Beer Cross. fbb and Mrs fbb had gone to the village to look around, but it was (a) winter, (b) early closing day and (c) damp and cold, so the travelling twosome decided to decamp and proceed to Seaton for a mug of hot tea and a bun (each). 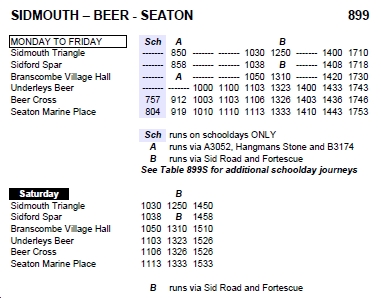 They were early for 1403 bus, so decided to join the vehicle on its outward run and take a sightseeing tour round the admirable appurtenances of Beer, namely Park Road ... 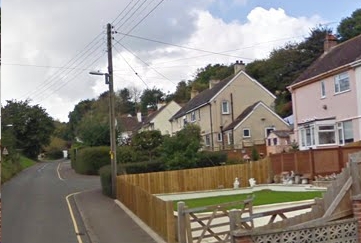 ... and Underleys, home of the Model Railway firm Peco and its Pecorama pleasure gardens (sadly closed for winder in November). 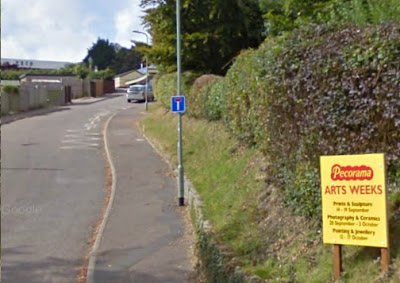 Should have been straightforward. BUT ...

The driver refused to carry them. He stated that ...

It would be fraudulent use of the pass
He was under instructions from his company
There was a letter at the office from the council warning them of misuse
Devon's inspectors behaved little "little hitlers"
Stagecoach staff has been called to meetings on the same matter
He has been warned about similar misuse at Axminster
etc. etc.

After protesting, fbb and Mrs fbb succumbed to the (obvious) drivel and waited in the cold.

So off goes a sniffy e-mail to Devon Council; to which nice Mr Mark Wilson replies ...

There are no such orders or instructions issued to any services in Devon to refuse holders of valid national bus passes. I have spoken with the operator who has identified the driver and will be speaking to him as soon as he returns to duty. It would appear as though he has taken unilateral action to deny you and your wife travel. The route goes out and around the village and comes back again. Problems have been experienced where fare-paying passengers board early and refuse to pay the additional cost of the "outward" journey. Unfortunately for you, the driver in question took this a step further and refused travel for a concessionary traveller - which is not correct.

So it's the driver's fault? A second e-mail to Devon, saying, politely, "are you really sure?" A firm reply but hinting at another possible guilty party.

You maybe aware that prior to April 2011, we had no dealings with Axe Valley for national concessionary travel as they are an East Devon operator and as such were reimbursed for such directly by East Devon District council. It maybe that in the past conversations were had between East Devon and Axe Valley about this subject.

So it might be East Devon's fault?  So an email off to the redoubtable Frances Searle, proprietrix of Axe Valley Mini Travel, the operator in question. Her reply is summarised as ...

You must have misunderstood what the driver said. 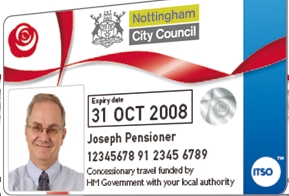 Just as a reminder, the pass is valid on all local bus services in England, except before 0930 and after 2300 Mondays to Fridays. Exceptionally, you can’t use your bus pass on services:

where most seats can be reserved, like coaches
that run for less than six weeks, like shuttle buses to special events
for tourists, like open-top bus tours, or services on vehicles of historical interest
that are running instead of a train; 'rail replacement' services
where the fare includes 'extras', like refreshments or car parking 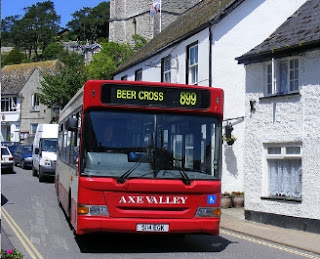 Auntie Frances' service 899 to Beer doesn't come into any of these prohibited categories.

So the mystery remains. Four things to consider:

The bus company has no reason to refuse a pass holder; if they do they are throwing away money.
The council (maybe unofficially) has every reason to attempt to restrain use; they don't have money to throw away.
Despite hot denials by nice Mr Mark Wilson, fbb thinks that there is no smoke without fire.
Something has been said at some stage by some person to provoke this "misunderstanding".

What do blog readers think? 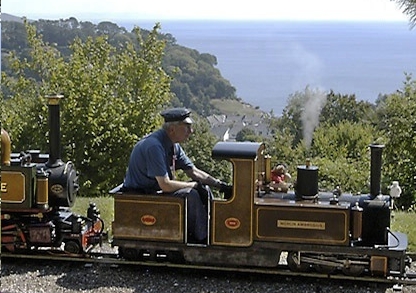 P.S. Pecorama is well worth a visit. Stunning views over the delightful village of Beer, lots of model railways to marvel at, a magnificent ride on the Beer Heights Light Railway, plenty for kids of all ages ... 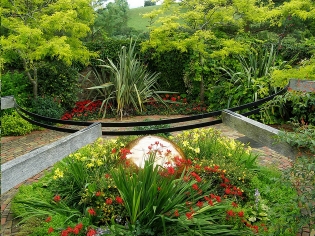 ... AND the good lady will enjoy the lovely gardens. Web site (here).

And, in the sun and with shops open, Beer is a really lovely place. 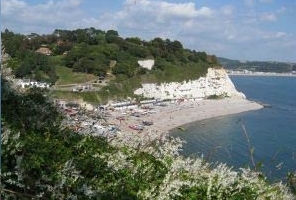 AND, your old fogey pass really IS valid on the local bus!

Next Blog : due Friday December 30th
Posted by fatbusbloke at 01:09