The "Sidmouth Hopper" is a FREE bus running in Summer linking car parks and places of interest in and near the town.

It has been running since 2003 and annually now achieves something of a milestone. 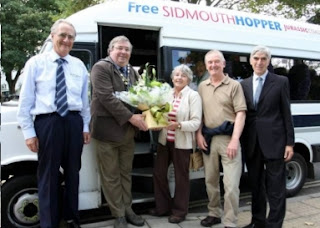 On Monday the 10,000th customer of 2010, Madge Foley from Bardsley, Oldham, was presented with a bouquet of flowers by Town Council chairman, Councillor Peter Sullivan, as she and husband Terry boarded the bus at The Triangle. They have been visiting Sidmouth since 1989. 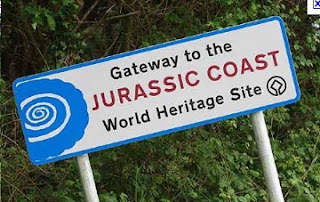 The service is branded for the "Jurassic Coast" like First's prestigious service X53 and Stagecoach's route 157 from Exmouth to Sidmouth via Budleigh Salterton (although branding seems to have been dropped recently from the latter). But, as ever, local authority funding was in doubt in 2011 and is even more in doubt in 2012.

So, this report in the local on-line "rag" last year was particularly encouraging.

Driving forces hope a pledge from the Sid Vale Association’s Keith Owen Fund, to match donations from businesses, will help keep it running for years to come. The money will prove vital as the valued summer service moves away from dwindling public funding; according to its co-ordinator, working party chairman and town councillor John Dyson.
“I’m delighted to announce the Keith Owen Fund has provided a grant to the Hopper for the next three years at a level of £4,000 to £7,000 to match support given by businesses in the town,” Councillor Dyson told the Herald this week. "We have raised just short of £4,000 from the business community and we should hope, in due course, to increase that to nearer £7,000. The Hopper will then be fully supported in approximately equal measures by Sidmouth Town Council, local businesses and the Sid Vale Association through the Keith Owen Fund.”
The Herald reported last year how the Hopper faced losing £5,000 of East Devon District Council cash; a third of its overall funding.
“We have got to raise as much extra money as we can,” said Mr Dyson. I can guarantee the bus will run in 2011 year from May 1 to September 30." 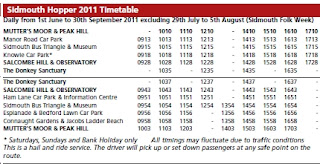 And, exactly who is (or was) Keith Owen? 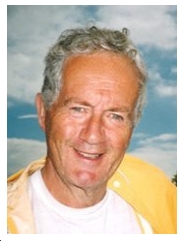 John Keith Owen : 1938-2007
In May 2007, Keith (the name he preferred), whilst visiting Sidmouth from Canada, found that he had a terminal illness. He had set aside money for his retirement, after a busy life as a Canadian investment banker and globe trotter. It was his intention to spend a long and happy retirement based in Sidmouth. When he contacted the Association in May 2007 he said he had less than 8 weeks to live. The money (£1.5 million) he had saved for retirement he now wished to place into the care of the Sid Vale Association ...

... so that it could be invested in a permanent endowment. Thus was created the Keith Owen Fund. The capital was to be invested, and the income generated was to be administered through the Association and distributed to worthy local "good causes".
So it is Keith's love of Sidmouth, his generosity (and earnings from the much maligned finance industry!) that will match donations from businesses etc. to strengthen the finances of this service. Many elderly folk enjoy the delights of Sidmouth (including fbb and Mrs fbb, rapidly approaching elderliness!) and the trudge up to the delightful Connaught Gardens ... 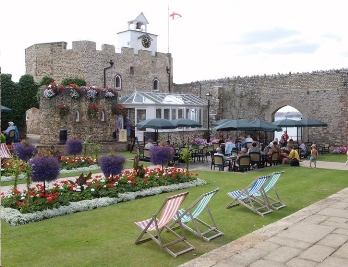 ... is less taxing with the taxiing service of the Sidmouth Hopper. 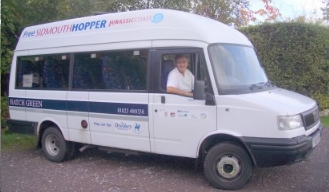 Not all bankers are leeches on our broken society!

We await confirmation of the service for 2012. 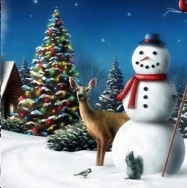 Lots of snowmen on cards, but rarely any snow at Christmas. The scattering of snow had a folksy history in the Thames Frost Fairs held sporadically from the 16th to 19th centuries, but it was Charles Dickens' Christmas narratives that sealed the scene. Add to this the iconic film "White Christmas" in which the protagonists croon "Snow, snow, snow", then arrive at Vermont where there isn't any! But the title song stuck.

One thing is quite certain. There was no snow around at the Birth of Jesus. Which makes Christina Rosetti's poem-cum-carol "In the Bleak Mid-Winter" 100% inaccurate. But why let accuracy spoil a good song? The imagery of a cold, dark world ready to receive the light of the Love of God may be meteorologcially inexact but it captures the message of the age, then and now.
The Lord says, "You are stained red with sin, but I will wash you as white as snow."

Next Blog : due Monday December 5th
Posted by fatbusbloke at 07:14