The Twists and Turns of Technology 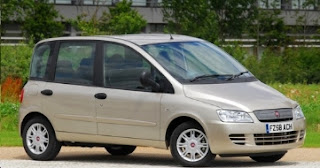 Good for those who print all the stationery and door labels!
So it should be a DfT! But, probably advisably, we still call it the MOT Test Certificate. Who knows what the ministry will be called next; how about DOUBT, "Department Organising the Undermining of Buses and Trains"?
To continue ...
Mrs fbb was also due to attend a meeting of the Trustees of "The Challenge Team" at Gatwick Airport.

The "Team" seeks to challenge young people through excellent and honest presentations in schools (etc.) to abstain from sexual activity until married. [The statistics alone are irrefutable; casual sex is a medical, social and psychological disaster for our society, a disaster which is quietly but tragically ignored (web site here).] Plug over.

So, some complex scheduling involving fbb enjoying four bus rides and Mrs fbb two trains and two ferry trips. The bus rides were not stunningly interesting and pretty well on time, so a chance for a quick read of the bus ticket. The old chap really does know how to enjoy himself! Yes, old fogeys are issued with a "no value" ticket; just touch your pass on top of the machine, listen carefully to make sure it bleeps correctly (lessons available at the local College) and remove your arm quickly before it jams the ticket in the slot. We love technology.

And this is one of the four tickets. 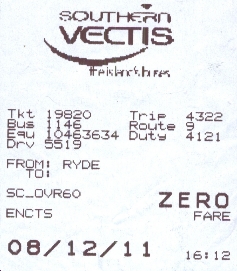 A mere 41 digits to describe one transaction; and that doesn't include the fare, which was ZERO.


The ever-reliable interwebnet (?) tells us that 1 with 40 zeroes after it is 10 dodecillion, but as a dodecagon has 12 sides, not 40,  fbb is not convinced. So fbb offers tetracontillion, based on tetracontagon for a 40 sided figure.

Does a ticket really need so much information or is someone, somewhere, having a laugh? The bus passenger is paying for all this nonsense, 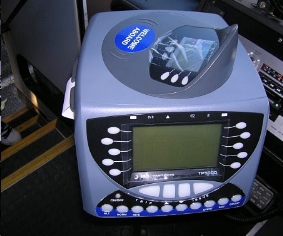 including expensive ticket machines that light up like a Christmas Tree when it's dark. We love technology.

How was Mrs fbb doing on a day when gales ravaged Scotland and Northern England? 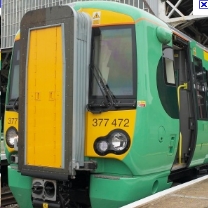 Mrs fbb was doing fine, until her return journey. Sitting obediently in the "front four coaches going to Portsmouth", the good lady, equally obediently, listened to the pre-recorded announcements about not leaving luggage unattended, reading safety announcements, the collapse of the world economy etc. and was particularly underwhelmed by this ...
"You are in coach two of this four coach train" (pause) "You are in coach seven of this eight coach train"; both repeated at every station. Several passengers were looking somewhat perplexed, especially as being in the wrong bit of the train can whisk the unwary off to Bognor instead of Portsmouth.  We love technology.
And so to the return ferry crossing.
One of Wightlink's Catamarans is busted, yet again! But only having two boats to maintain a two boat service must always be risky. Of course the old fashioned proper boats ... 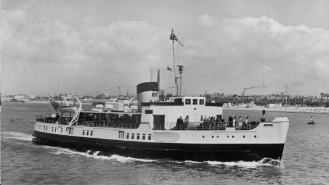 ... ran in all weathers (almost) and rarely conked out. We love technology.
So out goes the call to Wight Line Cruises and out comes Mark Rayment's Solent Cat ... 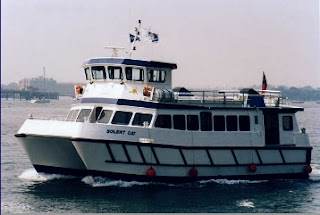 ... to fill the timetable gaps.
Travel, says Mrs fbb was typical of a small independent company. The weather was a bit rough so ... "If there's anything you require please signal to a member of the crew." There's usually an open bar and coffee shop on board. ... "Please remain in your seats because when we get to Gillkicker it'll be a bit lumpy." ... And the cabin  is bedecked with festive baubles, tinsel and fairy lights. Very nice indeed. Wightlink? Nowt special!
And the Moneypit Multipla passed its DfT with flying colours, but there was something wrong with the oil. A mysterious flashing light? The problem, apparently, was "DPF regeneration which required a full oil change and a reset for the oil degradation counter." No, not the slightest idea! That's £150 please. fbb is pretty sure that his old man didn't have this problem with his first car, but then it was an Austin 7! We love technology. 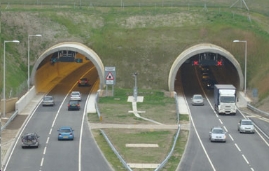 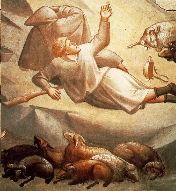 Like so many aspects of the CHRISTmas story, the shepherds have been romantically air-brushed out of all realistic recognition. Think not of youthful, smiling chaps with red checked tea towels on their heads. Think more of aged winos sleeping rough and smelling rank. Shepherds in gospel-writer Luke's day were about as low in the echelons of society as you could sink. The miracle of the Nativity is that God should chose the lowest of the low to hear the Good News first.

That should encourage us. It means that we do not need to be clever, well-off, theological or important to understand the core truth of Christmas. If rough shepherds, known for their indolence, irresponsibility and asperity could be convinced by the truth of the supernatural gift of a Saviour, then who are we to argue?

Remember; Luke was a doctor; he knew about people; he knew about careful diagnosis. He was not one to be conned by a made-up story.
All who heard it were amazed at what the shepherds said. [After seeing the baby], the shepherds went back, singing praises to God for all they had heard and seen.

Next Blog : due Sunday December 11th
Posted by fatbusbloke at 07:16