I set off yesterday to Luton via train to Milton Keynes and a building site that claims to be the M1 (service 99, MK to Luton). As we left Northampton and set off under Westbridge south towards Wolverton the pre-recorded lady told us that we would be stopping at Lea Hall, Marston Green, Birmingham International etc. It is examples like this that give us such confidence in the computer system that will control our new bus station designed to make changing between buses difficult.
For those unfamiliar with the geography, the destinations announced are in the Birmingham area, approximately 50 miles in the wrong  direction.
And now, back to today's blog.
--------------------------------------------------------------------
The Best O' Leicester (and the Worst) : Episode 3 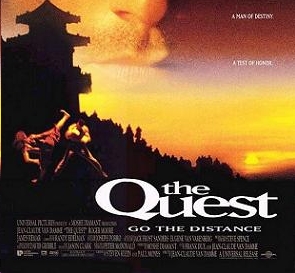 Christopher Dubois (played by a blogging fat bus bloke) is a martial arts expert fighter who represents the Isle of Wight in a Kumite-like tournament called the Ghang-gheng, held in the Lost City of Tibet, where representatives of different countries like Germany, Soviet Union, Scotland, Spain, Turkey, Brazil, Siam, Korea, Greece, France, China, Japan, Okinawa, Africa, and Mongolia fight in elimination bouts, and the winner of the tournament receives a valuable statue, the Golden Dragon. Dubois ultimately wins the tournament by defeating the representative of Mongolia, but does not accept the Golden Dragon. Instead he trades it for a full set of Public Transport Information for Leicester.
Blog readers may remember the film but might just have seen a slightly different version, starring Jean-Claude van Damme.
So fbb, having travelled in from Groovy Groby, sets off on his more recent Quest for bus information. It starts very well indeed at St Margarets bus station ... 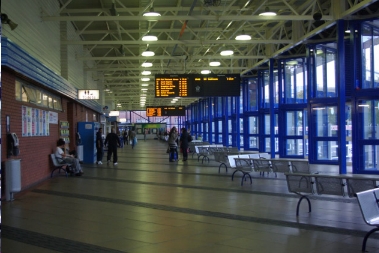 ... where the Arriva enqiury office offered a full set of their own leaflets for routes serving this terminal. Except one.
Service 47 and 48 were missing. But, not to worry; the very nice lady behind the counter had some photocopies and was happy to hand one to fbb. Why is not this stunning high technology used elsewhere?
But what about other operators who use St Margarets? On the wall in the main circulating area was a rack with leaflets for Centrebus (including one for the 70A/70B which doesn't leave from there!), Kinch, Stagecoach and Trent. Missing was any info for Travel deCourcey's prestigious X6 to Coventry. 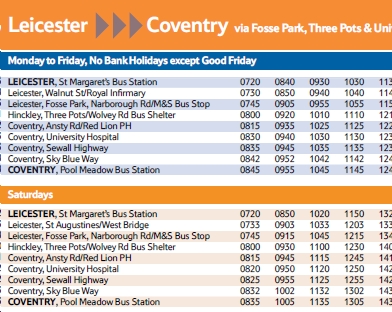 The bus station has toilets, waiting room and a very nice caff. Sadly only a selection of routes leave from there, so next fbb trots (trots? you must be joking) off to Haymarket bus station. 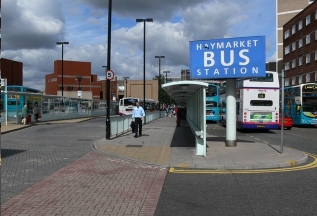 This is not the most salubrious area of the City and fbb could find no source of Arriva leaflets whatsoever, despite there being some very busy services departing from here to places like Oadby and Melton Mowbray in addition to City destinations. The exact opposite of St Margarets. Some stands seemed to have an identity crisis e.g. labelled as "C1" and "C2" in one place but also "HA" and "HB" elsewhere.
First have an excellent enquiry office at the Haymarket bus station which was stocked with, amazingly, a full set of leaflets. Well done First! Each leaflet contains the timetable (obviously), a simple but clear network diagram ... 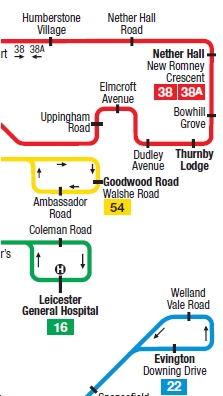 ... and a clear map for the route itself.
Which leaves a further clutch of Centrebus routes for which fbb could find no printed publicity whatsoever. Likewise newcomer Thurmaston Bus and slightly older hand Paul Winson remained utterly shy of the mysterious art of leaflet distribution.  Even more surprisingly, there was no information for the Stagecoach route 48 to Coventry. 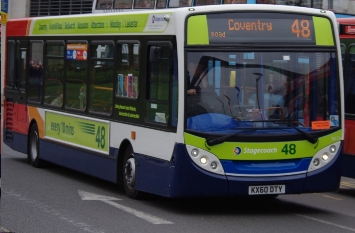 The vehicles are adorned with branding "up to every 10 minutes" which is OK between Coventry and Nuneaton but a lie and a delusion between Nuneaton and Leicester where "every 20 minutes" applies. It would be nice, though, to be able to find a timetable leaflet from somewhere. 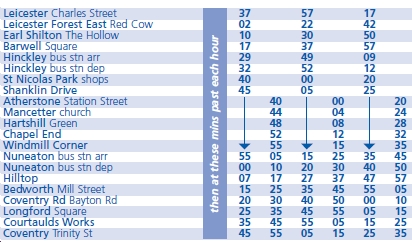 Perhaps there's a secret cellar somewhere. After a knock on a very solid door a small panel slides, the enquirer gives the secret password, "by the beard of Sir Brian", and bus leaflets are passed out by a retired yet masked bus driver. 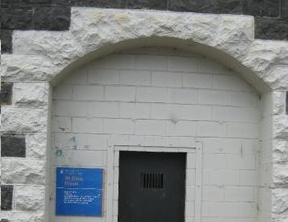 Stagecoach's Leicester enquiry office?
But, fbb hears the clacking of computer keys getting red hot as comment writers remind him that Leicester has just spent huuuge amounts of lolly on completely re-doing the roadside publicity in the City centre to "make it easier for the public to find their bus service."

So we had better have a look at that tomorrow. 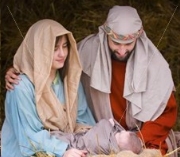 It was Isaiah, an Old Testament prophet, who predicted that ...

A virgin will give birth to a son and he will be called "Emmanuel", that is "God with Us".
from Isaiah Chapter 7 verse 14


"Virgin Birth? Pull the other one! Anyway it said in the paper that the Hebrew word for "virgin" also meant "young woman", so there!

Every part of the Jesus story points to the fact that Mary was not pregnant by any human means. Last Christmas' TV play "The Nativity" made much of the anguish that the pregnancy created in Joseph and Mary. If there was the slightest suspicion of extra-marital sexual activity, the social mores of the day would insist that the "relationship" be terminated and the woman "sent away". The shame would have been unbearable for Joseph, for Mary and for their families. The fact that they stayed together proves that there was much more to the "event" than can be "explained away".

And, yet again, God, by definition, would have no problem with a virgin birth. Can He do it? Yes, He can, 'cos He is God. No problem at all.


The Angel said, "You will give birth to a son and call him Jesus." Mary said to the Angel, "I am a virgin, how can this be?"