Something Really Mysterious at Christmas

And not THE mystery!


(here) is something really festive (?)
But Newport (South Wales) buses don't run on Christmas Day OR Boxing Day. Not quite as festive as the video might imply. Other Newports are, however, available.
The Christmas bus mystery is this ...

... "Who most deserves a Christmas bus service? And who gets one?" We are told that we live in a multicultural and secular post-Christian world, so why the inevitable Christmas shut down?
London, population 7.4 million: 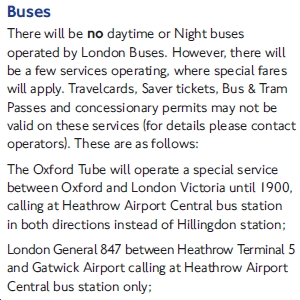 fbb has tried to find the service 847 timetable referred to above but failed. It's not on Traveline, it's not on the Transport for London site, aka Boris' Bus Bonanza. London General don't admit to it. Does it actually exist? Possibly. fbb has found an application on-line for a London bus permit but, helpfully with no times.
Next up (as they say on TV) is Manchester, 2.6 million inhabitants, ... 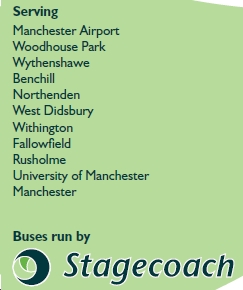 ... but no sign of a timetable on Transport for Manchester's web site. Stagecoach's site gives very basic details of a very basic service:

In the interests of accurate reporting, fbb did try to find the Transport for Greater Manchester on-line Christmas Guide ...

... with a very limited Boxing Day  service in Sheffield only, paid for by Sheffield City Council; not a penny from the PTE. Bargain fares are on offer at a flat rate of £1 per journey. The other bits of South Yorkshire are bereft of buses, even on Boxing Day. But you can enjoy a lovely e-card from Travel South Yorkshire (here), even if there are very few buses for Santa to ride on!

The other PTEs largely follow the Manchester pattern with nothing at all on Christmas day and skeleton services for all those fleshless people who wish to travel on Boxing Day.
Bristol, with a population of about 420,000 offer this ...

... including a busless Boxing Day as well, except for the Airport service.

We now move down the population statistics to Brighton where the bus company has a reputation for excellent customer satisfaction and first class community involvement, courtesy of dynamic Roger French ...

... but not on Christmas Day, apparently.

Things are more confusing in Oxford, another "Go-Ahead" area which doesn't go very far ahead on Christmas Day.

And, Oxford Bus, you are not the slightest bit sorry, are you? If you were you might run a bus or two.
Meanhile chummy Oxford "partner" Stagecoach seems to think there may be passengers, but they will have to pay premium nightbus fares. A real encouragement to travel! 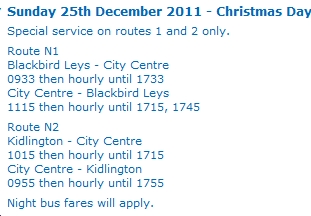 But you can get from Oxford to Heathrow and London, again at a premium fare of £25! 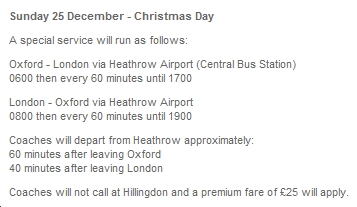 So fbb would be reasonable in expecting empty omnibological roads for the festrive season on the Isle of Wight, right?
Wrong!
Manager Mark "Mighty Mouse" Morgan-Huws has provided hourly departures on five main routes linking all the Island's main centres of population from approx 0800 until 2300. He reports that the service covers its operating costs at normal (rather pricey) fares and he has no trouble in finding volunteer drivers. He is a little more coy when it comes to rates of pay. Yes, even hourly to the very rural West Wight area which virtually closes down for the full festive fortnight. 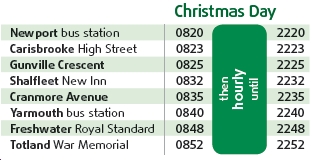 But sadly, nothing to Seaview and Bembridge where resides a busless and be-sofa'd blogger of some notoriety. Feel free to feast on the festive facilities (here); AND it's normal Sunday services on Boxing Day!
The Island's population is about 140,000.
fbb is expecting Santa to bring him a mobile phone which takes pictures, (boy does the old codger enjoy dicing with technological danger) so, hopefully, a picture or two of happy passengers alighting from or boarding our beautiful buses will be published on "The Big Day" (which is actually about the same size as any other day!). Try the blog again at 1600 on 25th.
But the question remains. If puny Isle of Wight can justify unsubsidised hourly buses from pre-dawn to post-dusk, why is the rest of urban England so deprived?
Or is it just too much bother? It's so much less hassle to shut down. We don't want to be bothered by those annoying passengers, do we?

The songs we know specifically as carols were originally communal songs sung during celebrations like harvest-tide (etc.) as well as Christmas. A "carol" was originally a round dance and, accompanied by a topical song, it was an essential part of "wassailing" This was yet another pagan activity designed to encourage new life after a cold winter. So we go from "Here we Come a-Wassailing" to "We wish you a Merry Christmas". "Figgy Pudding" ... 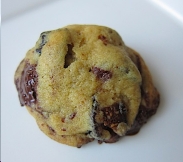 ... was a just reward for chilly wassailers.

It was only later that carols began to be sung in church, and to be specifically associated with Christmas. The first song to be accepted by the church was "While Shepherds Watched"; and no sniggering at the back about sock-washing, please.

Somehow it seems INappropriate to hear carols blared out of shops' loudspeakers or sung by groups of street urchins muffler-clad young people begging for pocket money. The words are too significant for that.

Mary, of course, sang the first ever Christmas Carol, called "The Magnificat", from the Latin translation of the first line, "My soul magnifies the Lord."

God has remembered me, His lowly servant ... His name is holy. From one generation to another He shows mercy to those who honour Him. He has stretched out His mighty arm and scattered the proud with all their plans

from Luke Chapter 1 verses 49 to 51
Like the words of most carols, quite a challenge.

And now a quiz question : Which carol (often sung in churches and in most hymn books) has absolutely nothing to do with Jesus or Christmas in any way; it has (almost) no Christian content whatsoever? Answer on Boxing Day.

Next Blog : due Saturday December 24th
Posted by fatbusbloke at 02:28