Praise where Praise is Due.


Regular readers will remember a tongue-in-cheek guest blog fictitiously authored by Prof. Brian Cox, grinning cosmologist and gazer (in TV documentaries) into a sort of soft-focus distance. (read again)
The problem was at stop FS5 just outside Sheffield Interchange.  Buses on service 47 and 48 sped their timetabled way to Shiregreen, the outer terminus northbound, then dropped into a black hole and magically appeared at Higfield to the south of the City centre.

The Director General, David Brown, replied to the blog; to the effect that his colleague agreed that there was a problem and was talking to the sofware supplier about how to resolve it.
Leaving aside the thought that the software must be particularly crummy if Travel South Yorkshire (TSY) staff can't jiggle it (and we're talking IT specialists here, not old codgers like fbb who have only just learned to txt.) it is good that the lads were making an effort.
Anyway, and email received Friday last (9th December) from Tim Rivett, Head of Information & Technology (Sir!), proffered the following:-
"I thought I’d provide you with an update following your blog on our finding a wormhole in Sheffield (Cosmology Discovery Shock; Read again here) we reviewed your analysis and did raise this with the supplier of the system as we agreed with you that there was a problem. The problem which affected a number of circular services, not just the one you identified, is now fixed."

And so it is.
Thank you Tim; your dedication to problem solving is appreciated.
BUT.
Sadly I can no longer catch a bus to Low Wincobank.

The 36 should continue to Wincobank, Standon Road and Sandstone Road. 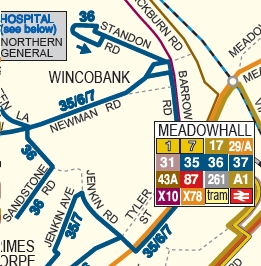 Service 35/37, the "other half" of the 30 minute frequency fares even less well as it would appear to run non stop to Meadowhall ...

... eschewing its meander via Jenkin Avenue and failing even to admit to Burngreave and Grimesthorpe, locations which (sort of, by TSY standards) are common to both routes.
For the purists, the 36 is an out and back route with several wiggles, whereas the 35 and 37 run opposite ways round a huge circuit of northern Sheffield continuing from Meadowhell via Winconank to Hillsborough and back to City. Well, its simple when you know(?).

It does seem that, in curing one problem, TSY has created another.

More interestingly, when fbb was in Sheffield yesterday, he had a couple of rides on Stagecoach "hybrid" buses. Full marks to the operator for explaining what these new green liveried and "greener" vehicles are. 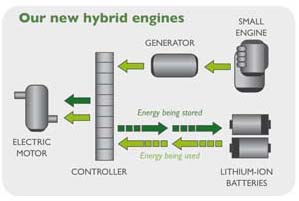 Our new hybrid bus has its own handy electricity generating system. And because the diesel engine is not working hard to turn a drive shaft but only producing electricity for the electric motor, the engine runs at a rate to maintain the average power needed to run the bus.

And when in some cases, the bus needs a burst of extra power (like when pulling away from a bus stop), it simply draws the extra energy from the battery supply.

When the bus doesn’t need as much power, the controller unit redirects the electricity back to be stored in the batteries until they are replenished. 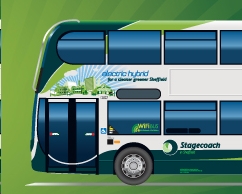 fbb travelled to the Hallamshire Hospital, which Travel South Yorkshire tells us has moved to Broomhill ...

... which it hasn't. The ride was smooth and quiet but then you don't notice much different from the top deck. fbb asked his driver what he thought about his shiny new motor.

"It's all right. It's just a bus, innit." came the reply. So, clearly, he didn't feel captivated by the "green revolution". So will these buses save on fuel costs? Will the maintenance be more costly? Will they be as reliable as a bog standard double decker. Time alone will tell! 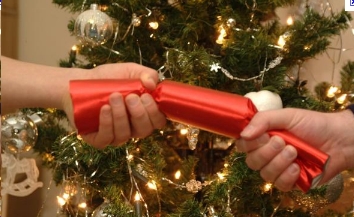 Time to pull the Cossacks, folks
The Oxford English Dictionary records the use of cracker bonbons and the pulling of crackers from the early 1840s. Other traditions tell of how Thomas J. Smith of London invented crackers in 1847. He created the crackers as a development of his bon-bon sweets, which he sold in a twist of paper. As sales of bon-bons slumped, Smith began to come up with new promotional ideas. His first tactic was to insert mottos into the wrappers of the sweets, but this had only limited success.
Smith added the "crackle" element when he heard the crackle of a log he had just put on a fire. The size of the paper wrapper had to be increased to incorporate the banger mechanism, and the sweet itself was eventually dropped, to be replaced by a small gift. The new product was initially marketed as the Cosaque (i.e., Cossack), but the onomatopoeic "cracker" soon became the commonly used name.

Finding a Bible passage about crackers was a bit tricky, but there are plenty of loud voices; this from the book entitled "Revelation", a visionary and poetic peek into our future. This bit is about Heaven.


And I heard a loud voice from the throne [in Heaven] saying, "Now the dwelling of God is with man. There will be no more death or mourning or crying or pain; the old order of things has passed away."
Revelation Chapter 21 verses 3 and 4

Poetic or not; visionary or not; Heaven sounds like a good place to be!

Next Blog : due Wednesday December 14th