Having extolled the delights of the positive development of the First Bus network in and around Bristol, it is sad to see problems spoiling the good that has been done. 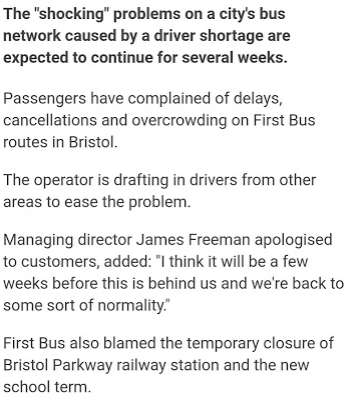 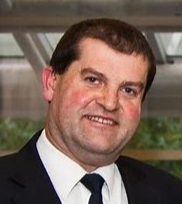 ... as well as grovelling to the media, has also praised his staff for all their efforts and extra work to try to cope with the problems. One real hassle has been with the University of Bath. 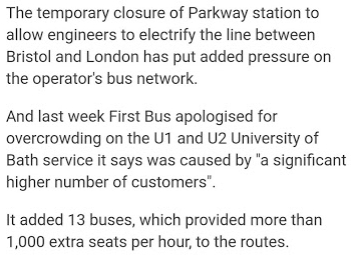 A local informant tells fbb that the Uni had an increased intake of approx 3000 this academic year, but they did not actually make this known to the council or the bus company. So it's those danged passengers wanting to travel that have ruined things, yet again! 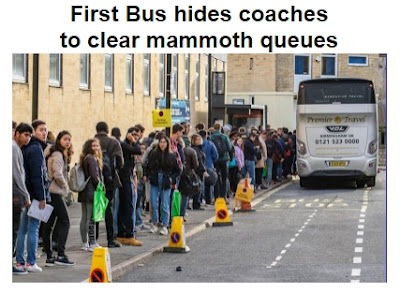 Whoops! No they don't. They hiRe coaches. A triping mistook.

Needless to say there are roadworks in Bath and the Uni has also slackened restrictions on access to its campus leading to an increase in private cars parked less than prettily. On one day, apparently, four buses were trapped, unable to move!

In the staff newsletter, James thanks those drivers who have been bussed in from other areas and expresses the view that such measures will settle things down in "two or three" weeks. 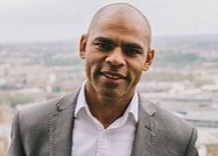 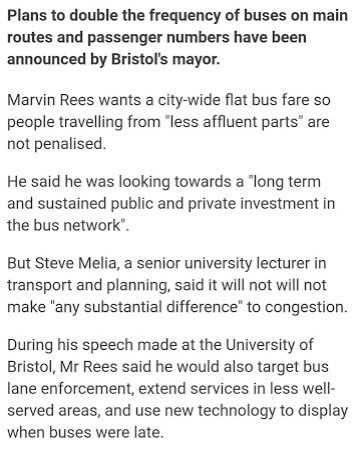 Steve Melia works at the University of the West of England ... 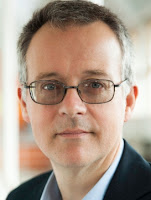 ... where he lectures on Transport matters.

He is, therefore, a very convenient source of an appropriate soundbite.

Mr Rees is on the ball with one point. Standard electronic displays are really not much use as they are not good at coping with disruption (a blog from Glasgow on just this subject will be posted later) and buses disappear when they are "due" even if they haven't arrived.

Of course, all Marv's ideas will cost loadsa money - so who will pay the bill?

Low-Cost National Surprise
Like model railways, model buses have become toe-curlingly expensive with a retail price of £50 or more. 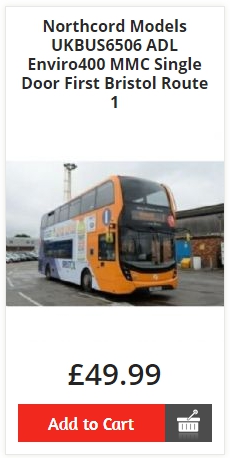 There are plenty available second hand, some of the less popular models in single figures. But they can be older models with less than today's (expensive) detail.

But a cheap and cheerful model bus has now popped on the the market and surprisingly so.

Peco (based in Beer just along the road from the fbb mansion) have manufactured a kit for a Leyland National at a modest £9.95. Modest is, of course, relative. It would have been a three bob Airfix Kit in the mid sixties which would inflate to about £6 today.

There has been an old single deck bus in their Model Scene range for what seems like an eternity ... 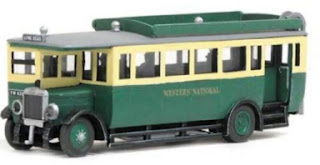 ... so this venture seems an odd historical move. Why a Leyland National? Why not a more modern bus to go with the modern layouts? Why not a full range of "buses over the years"?

Intrigued, fbb popped over to Beer and bought one. 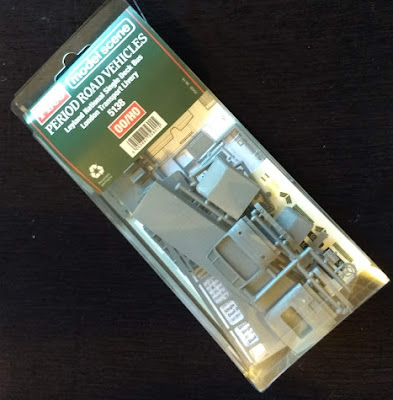 He asked the very nice man what had prompted the company to move into model buses. "Aha," he replied enigmatically, "it's actually a model from the Parkside range and we are re-introducing it."

Earlier this year Peco absorbed the Parkside company's range of mainly goods wagons, of which there are dozens and dozens.

But, at takeover, there was no mention of buses.

fbb can find no old Parkside publicity which admits to any of the buses, so they must have dropped them from their catalogue long ago.

The Peco shop manager told fbb that there are nine models to appear - which sounded very exciting - until you examine the slip card in the model's packaging.

Here we see six Leyland Nationals and three Leyland Olympians of which the red and green single deckers have been announced, plus the red London Olly.

Your aged and multi-thumbed blogger is enlisting the assistance of the Fearnley offspring (aged 6 and 4) with assembly but needs to pre-paint the bits.

Results may be revealed in a future blog if they are not too awful. 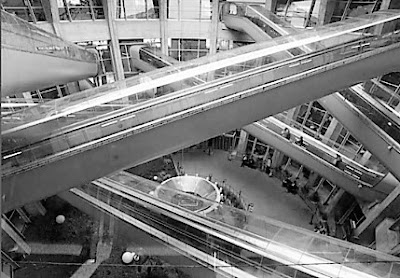 A set from a future Dr Who episode? 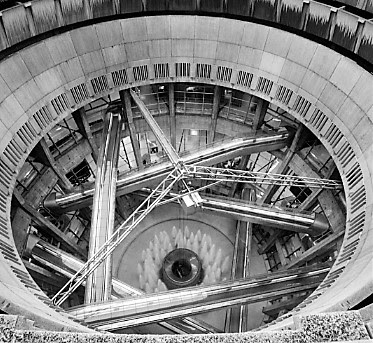 The innards of the Large Hadron Collider at Cern, Switzerland?

Neither! It is the original central building ... 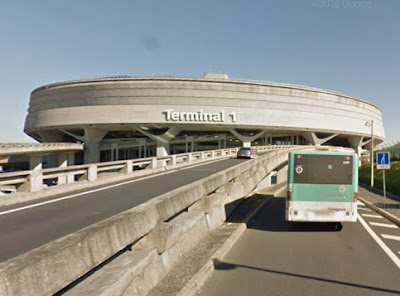 ... of Charles de Gaulle Airport near Paris (now much developed and extended). 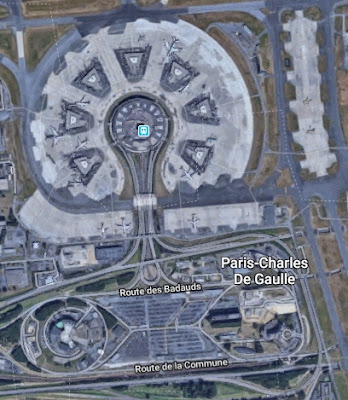 And where is the largest British railway "double arrow" logo?

There it is, a bit faint these days, on the roof of Gatport Airwick station.

And finally, to York. A very early picture of the magnificent station, probably taken soon after opening. 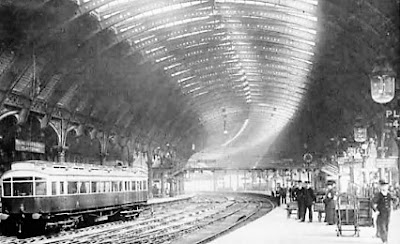 The vehicle at the platform looks like some sort of Sentinel Railcar and fbb hopes some blog reader may know where it was going? Harrogate? Selby?