It's All Happening In Glasgow

If you happened to be passing through George Square (in Glasgow) last Tuesday you might just have spotted an interesting package.

But let's step back a week or so. On the fbb's Scottish holiday, your observant author reported the obvious demise of the "Simplicity" brand ( a replacement for the "Overground" brand) and the appearance of of shocking pink route branding on the Paisley 9 ... 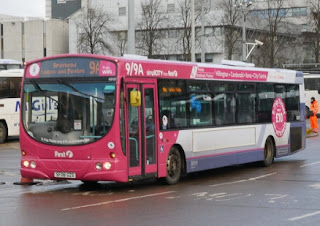 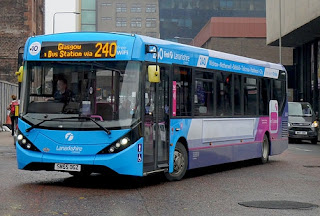 Various "sources" informed fbb that this was the start of a major route branding exercise in the city, provoked particularly by the imminent arrival of 75 (yes, 75) new buses between now and the beginning of December.

On Tuesday last, more was revealed in George Square. The "package" was a 12 inch to the foot fully detailed working "model" of a double deck bus ... 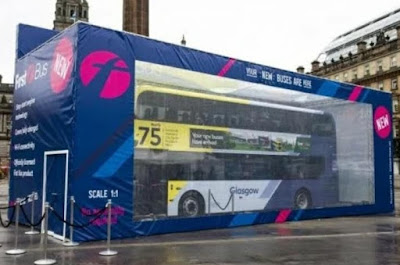 ... packed in its box! It even showed the correct scale! 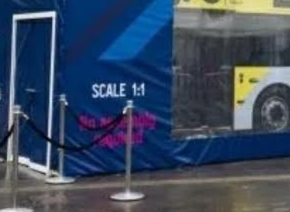 The weather was Glasgow-wet (and Glasgow does "wet" very well) in the morning so the public was disinclined to stop and observe at length, but the usual clutch of VIPs was duly photographed under their brollies. 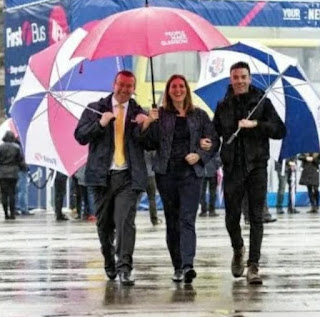 Each provided a suitable soundbite (wordbite) for the media. From left to right ... 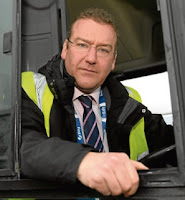 These new buses represent a significant investment for the city of Glasgow towards bus service improvements. We are delighted to launch these new buses into service from tomorrow (October 10th) on our 75 service from Castlemilk to Milton with other routes to follow. They are just the start of wide-scale improvements we are making throughout the business to improve our services and provide a better standard for everyone in the city. 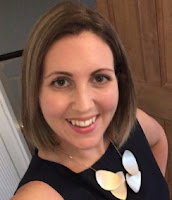 Delivering cleaner air is a priority for our city and I’m delighted that Glasgow will have in place Scotland’s first Low Emission Zone by the end of the year. Glasgow’s LEZ will reduce harmful vehicle emissions and make our vibrant city centre a safer and more pleasant place to be.

Bus services play an important part in our transport system and the Scottish Government is working in partnership with operators to improve the environment and air quality in our towns and cities with greener fleets.  It is very encouraging to see the introduction of these new buses in Glasgow. We are providing support for operators, including First Glasgow, to push beyond normal diesel to greener technologies through the Green Bus Fund and Bus Services Operators Grant, ensuring that buses continue to keep Scotland moving while addressing air quality issues and climate change.

Later in the day, the weather improved (somewhat) and the response from Joe McPublic improved.

The 20-foot high structure certainly captured the imagination of the passing public at the iconic Glasgow location with a day of entertainment and laughs hosted by Capital Scotland and breakfast host Des Clarke ... 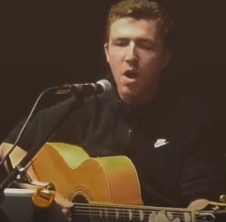 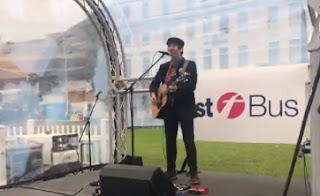 fbb's Glasgow goody bag arrived on Saturday, last; it was packed (?) with good and interesting (?) things.

There was a lurid First Bus pink ball ... 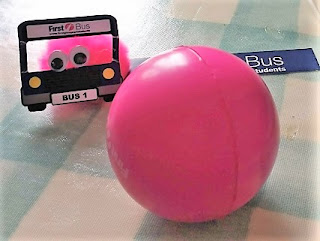 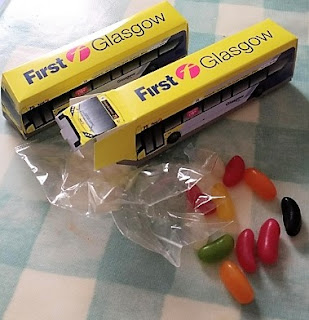 In the interests of full and frank journalism, fbb has tasted several (most?) the jelly beans and reports that they are of adequate quality and quantity for a freebee.

These gifts were very popular with younger passers-by and older folks accepting them "for the wains". Yeah - right!

There was some printed material on offer which will be reviewed tomorrow and something VERY special about the bus-in-a-box.

As well as commemorating 75 new buses, the new vehicles will start appearing (22 of them) on busy route 75 in the next week or so. 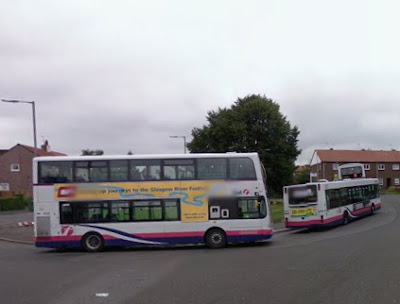 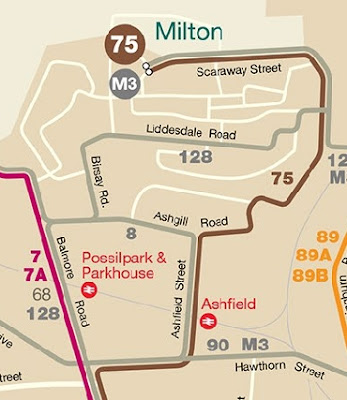 ... via Springburn, City centre, Kings Park and Croftfoot to Castlemilk ... 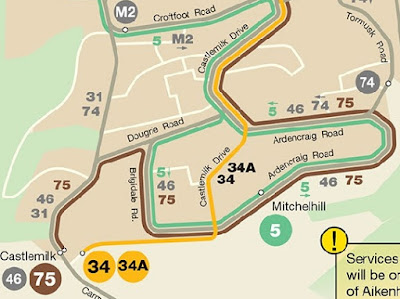 ... another post WW2 scheme that was coincidentally started in 1952. The 75 terminates on Carmunnock Road, just round the corner from the 34/34A. 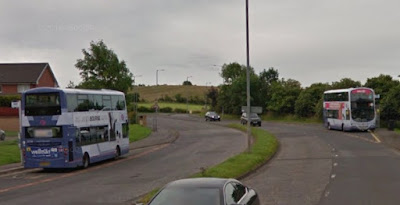 The service is registered as "frequent" (i.e. at least every ten minutes) seven days a week - hence the need for 22 new buses! 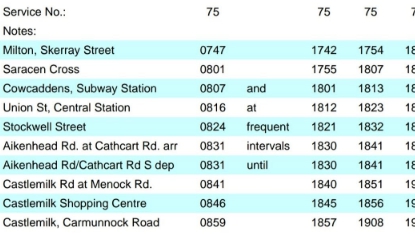 Tomorrow, the bus itself and a look at some leaflets.

Dr Who Snippet.
From yesterday's episode:- 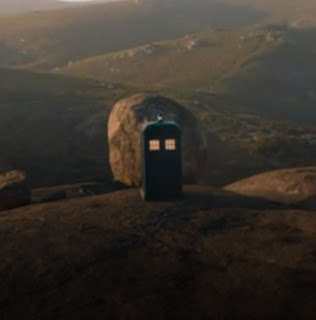 "It's a Police Box."
"Like the one in Surrey Street?"
"But that one's green."
The "companions" all come from Sheffield ... 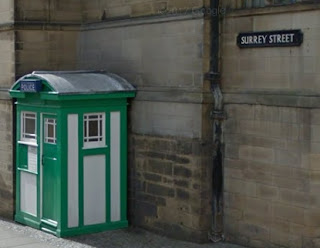 ... where there is an officially preserved Police Box which is green. There were many such in Sheffield dating from 1928. This one is used as a city information point.


Next Jelly/Jolly blog : Tuesday 16th October
Posted by fatbusbloke at 02:00