Farewell (For Now) To Glasgow

A few final snippets after a good dollop of Scotland and Glagow in recent blogs.

The first electric bus experiment, despite being "praised" was a bit of a disaster and the vehicles oft languished in their parking bay at Buchanan bus station - three of them together when fbb visited in the hope of riding upon one some years back.

The link runs from Buchanan bus station via Queen Street Station to the Porte Cochere at the Gordon Street Frontage of Central Station. 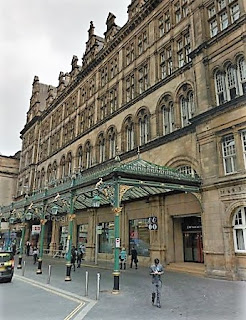 It is, these days, a Scotrail contract but it has had a wide variety of operators and vehicles over the years. 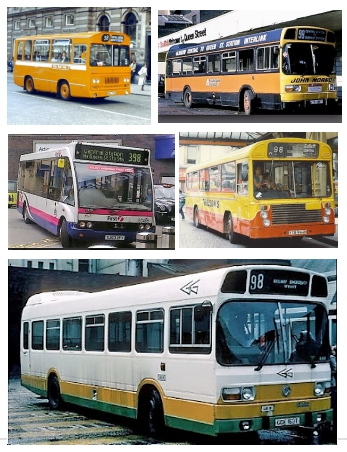 Whoever operates the rail franchise (currently Abellio - Dutch State Railways!) and whoever runs the buses are all required to use the prescribed Scotrail livery. 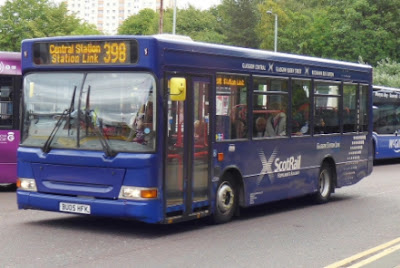 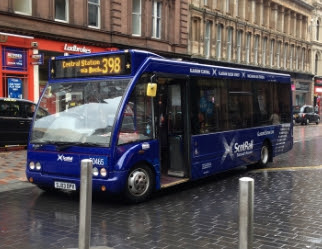 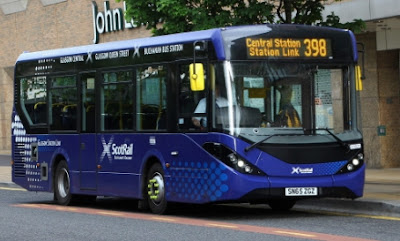 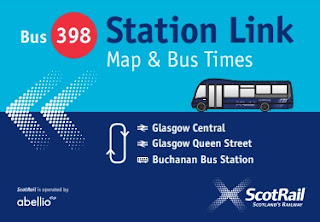 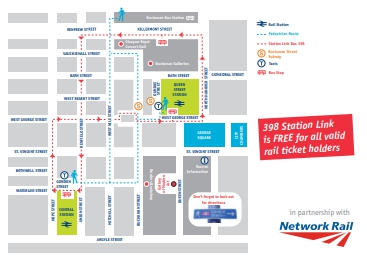 It runs "at frequent intervals" Monday to Saturday daytimes and every 20 minutes evenings and all day Sundays.

If you hold a valid Rail ticket it is free and this seems to be interpreted liberally. fbb's recent tickets to Glasgow showed destination "Glasgow Stations" which means even a "terminating journey" will allow you to cross the city in the dry and in comfort.

A recommended ride!
And A Branded 61
As well as new motors for the 75 at least one vehicle has appeared branded for the 61. 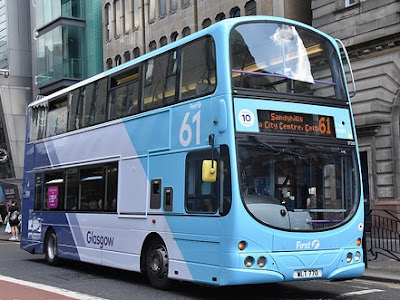 Other unbranded versions have appeared ... 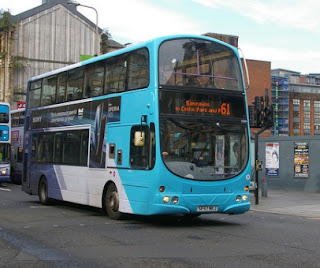 ... which might (fbb knows little about the vehicle side of bus operation) be Euro 5 buses in the process of being upgraded to Euro 6.

But the one fbb saw had a "heritage" registration - WLT 770. Even fbb knows where this came from ... 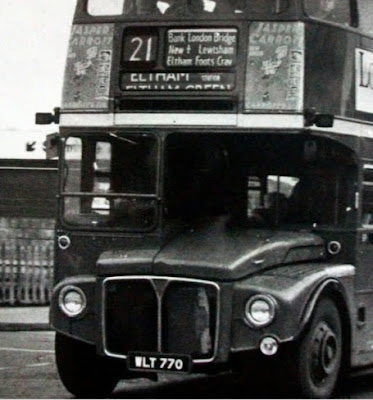 As part of the infamous Glasgow Bus Wars, a period when it was quicker to walk through the City Centre than sit on anybody's bus, Routemasters emigrated across Hadrian's wall to Scottish Bus Group companies (notably Kelvin Central) to have a bash at Glasgow's municipal operation.

The cherished registration found its way onto a variety of buses ... 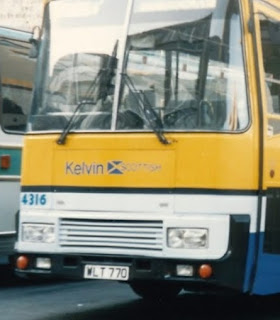 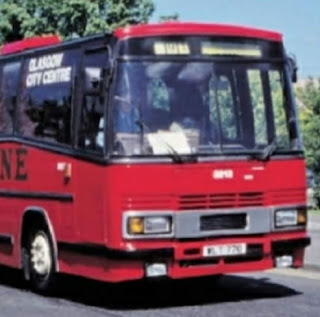 ... but, as "imported", the original Routemaster was used competitively on ...

fbb does not know how far back the 61 extends, but definitely remembers it when he was "courting" the future Mrs fbb back in the very early 70s. 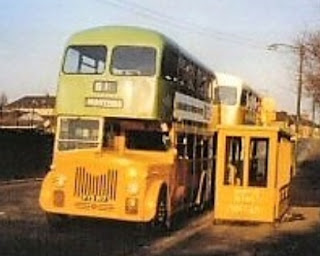 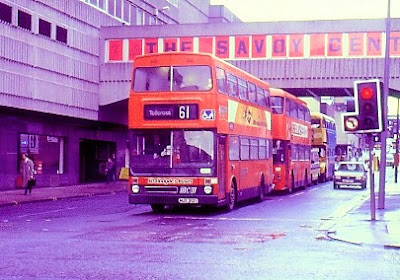 Route 61 has had a variety of destinations over the years ... 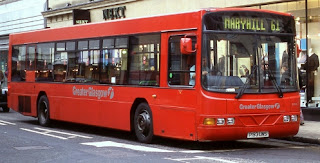 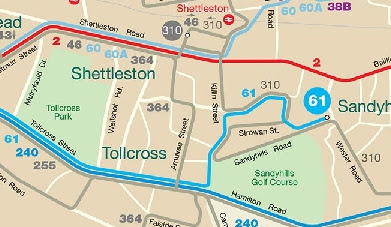 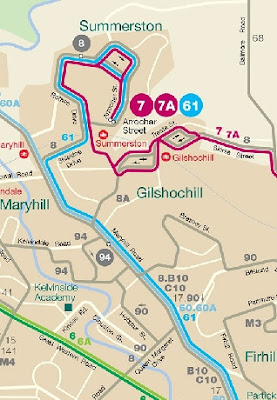 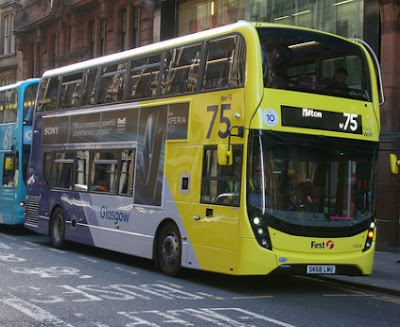 The haven't ALL lost their wing mirrors!

Buses and modelling both feature in tomorrow's "variety" blog.

Next Weekend Collection : Saturday 20th October
Posted by fatbusbloke at 02:00