How To Design A University?

Parking Is Such Sweet Sorrow ...

... as a certain Mr Shakespeare nearly penned in a famous play wot he wrote about Romeo and Juliette. Northampton correspondent Alan (who is off to the Isle of Wight Beer and Buses knees-up) has paid a second visit to the new zippity-doodah Waterside campus of Northampton University. 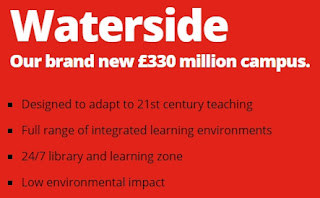 Alan writes in Black Italics, fbb writes in Default Text and quotes about and from Uni folk are in Blue.

Problems with car parking are not confined to yon wee bridge at Glenfinnan.

Northampton’s University has moved from two sites on the north side of the town to a whizzo new campus adjacent to the town centre, and quite adjacent to the flood plain of the River Nene too.  The Vice Chancellor (Nick Petford) ... 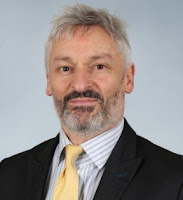 ... is upbeat as duly reported.


While Mr Petford says enrolment week at Waterside has gone largely without a hitch, there are challenges to overcome.

"There are a whole range of things from minor plumbing not working to issues with the WiFi (shock, horror!!) and the IT systems,  but all those things are being worked through and resolved.”

According to the local paper’s website one snag has already emerged. 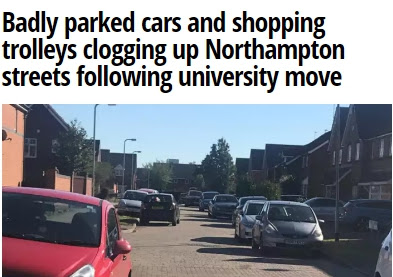 Abandoned shopping trolleys and badly parked cars are causing havoc on two Northampton streets, residents there say, after thousands of students moved in at the nearby campus. 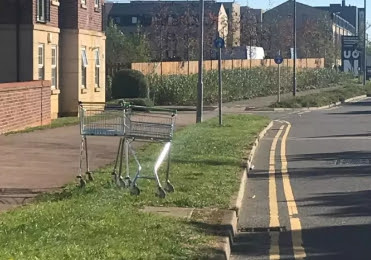 New South Bridge Road and Thomas Chapman Grove in Far Cotton have been clogged up daily throughout September since staff and students started filtering into the £350 million Waterside campus a few hundred metres away to the north.

Actually the Uni campus is to the EAST, but the fourth estate was never very good at geog.


The design of the Waterside campus which was approved by the local authority, necessitated public transport coming in at one end of the site and out of the other ... 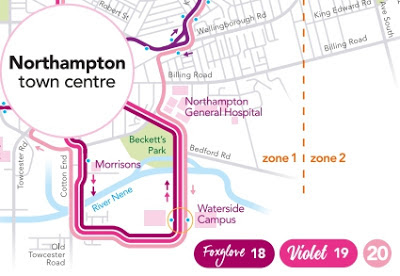 ... as there is no place for buses to turn around on campus.

Because that’s the way we designed it.


A reminder of the geography of the area. The Uni is on a "brown fields" site with two roads in. One from the Bedford Road to the north ... 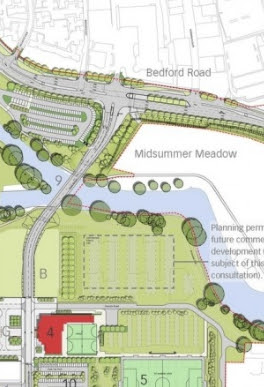 ... and one from Bridge Street to the west. 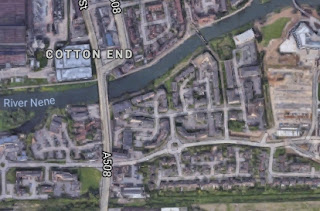 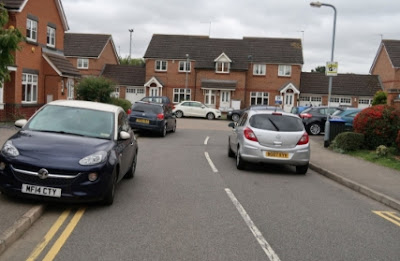 ... but he only saw two trollies - possibly the same two shown in the newspaper extract above!


These routes were authorised by the Northamptonshire County Council and the Traffic Commissioner. No objections were  raised  by the public during the eight  week approval process.


Call me sceptical but I do not see the average Northampton resident putting "consult the VOSA website every Wednesday" on their to do list even if they had the Kremlinological  knowledge to decode the significance of the words  “revised route and timetable”.

Of course the bus route is not the problem.


In relation to parking in the area, students and staff have been made fully aware of their transport and parking options; including the location of cycle hire bikes, the bus station, rail station and park and ride, which we hope will deter them from parking on public streets. It should be noted, the University does not have power to prevent students parking on the public highway, this is a matter for the Highways Authority.


Planners seem to believe that if you do not provide  enough car parking at your site  drivers will be forced to use public transport, walking or cycling. instead of the car. However  the car takes you from exactly where you are now, directly to exactly where you want to be at exactly the time you want to travel , the only delay being caused by all the other drivers with the same aim. but coercion is much easier and cheaper than making bus times easy to find or providing stops with shelters, real time information and comfortable seating and bus priorities on roads.

Northampton has only one park and ride site on the western side of the town centre ...

... so if you are coming from the north, south or east you must go past where you want to go and get the bus back again, repeating the process in reverse to get home.

Mr. Petford says moves were afoot to resolve the problem “in the next twelve months.”  It’s an issue outside our control”

I suppose we must not blame the university and the local councils for not spotting the problem and doing something about it in the three years the place was being built plus the period before that when it was being planned, 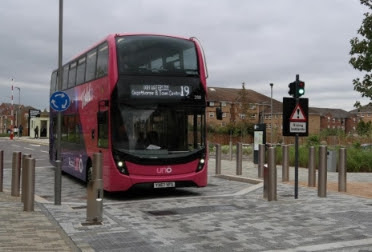 The  route through the campus is protected by various barriers to stop it being used as a rat run by non-university drivers. I am told that another of "the snags" happened when a rising bollard rose while a UNO bus was passing over it.

Listening to the Vice Chancellor's expression of amazement and unwillingness to accept responsibility, we are reminded of an incident from the opening few moments of  “Hitchhiker’s Guide to the Galaxy".

People of Earth, your attention, please…

This is Prostetnic Vogon Jeltz of the Galactic Hyperspace Planning Council. 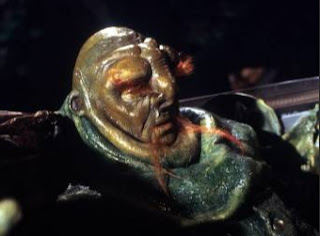 according to the TV series
As you will no doubt be aware, the plans for development of the outlying regions of the Galaxy require the building of a hyperspatial express route through your star system, and regrettably, your planet is one of those scheduled for demolition. The process will take slightly less than two of your Earth minutes. Thank you…


There's no point in acting surprised about it. All the planning charts and demolition orders have been on display at your local planning department in Alpha Centauri for fifty of your Earth years, so you've had plenty of time to lodge any formal complaint and it's far too late to start making a fuss about it now…

What do you mean you've never been to Alpha Centauri? Oh, for heaven's sake, mankind, it's only four light years away, you know. I'm sorry, but if you can't be bothered to take an interest in local affairs, that's your own lookout. Energize the demolition beams. 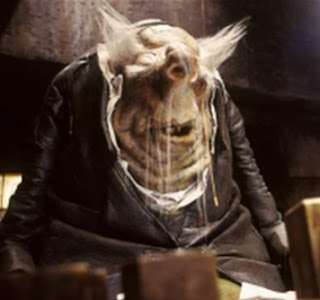 according to the film

Yet again those pesky students - and their teachers, don't seem to want to do as the planners have instructed; but, of course ...

Rudimentary details of buses are available on the UON web site ... 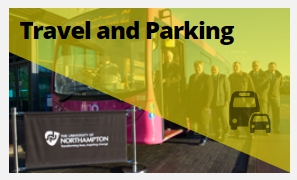 ... but much of it is out of date ("proposed bus services") and links to the County Council site no longer work ... 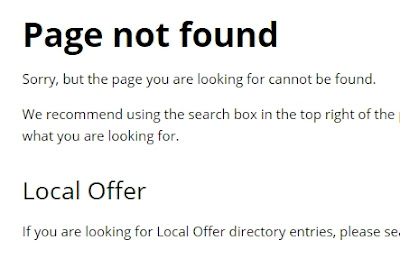 ... or do not provide any useful information - e.g. about timetables. There is a map (of the "proposed" services) ... 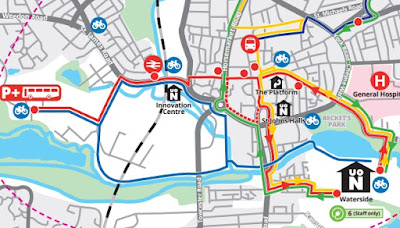 .... and savvy confuser users will find the timetables ultimately but it is far from straightforward. Resolve and determination are needed.

And if your were savvy enough to go direct to Gurgle ...

... you would be profoundly disappointed. 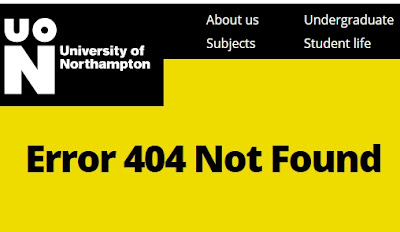