Charivari - Or Banging The Drum ...

... For Sheffield Tram Train
It has just been announced that services will start on 25th October!

Earlier this year, in May, the first tram ventured onto National Rail track at Tinsley. 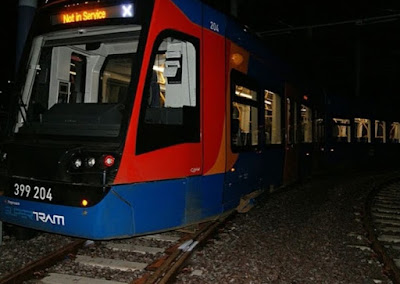 It was at night, just in case anything went badly wrong, and was watched by a small army of hi-wiz vested chappies. 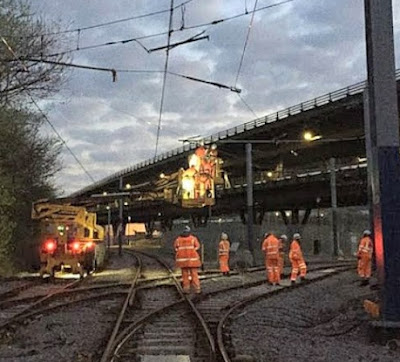 A few weeks later daytime testing began as here at the lower height bits of platform at Rotherham Central station. 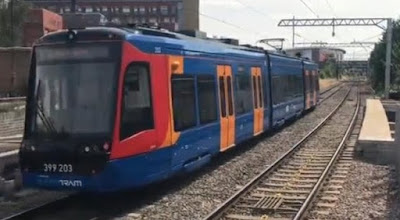 A zoomed picture shows a tram standing at the new platform at Parkgate Shopping centre ... 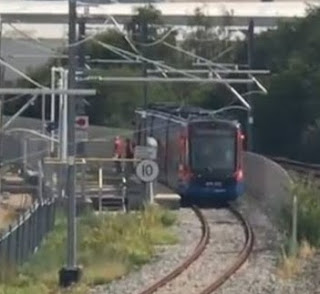 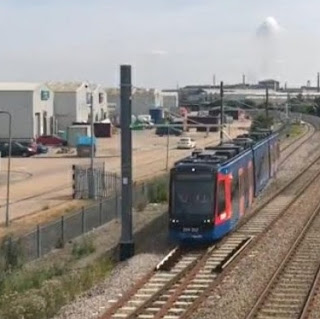 ... and crossing back on to the up line to retrace its steps to Sheffield city centre. 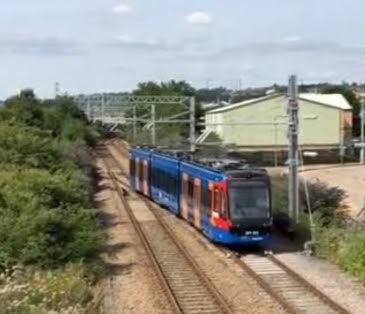 The true state of the scheme is ably described by the headline in the local paper.

"Worth the wait"? Really?

... For The Shetland Islands 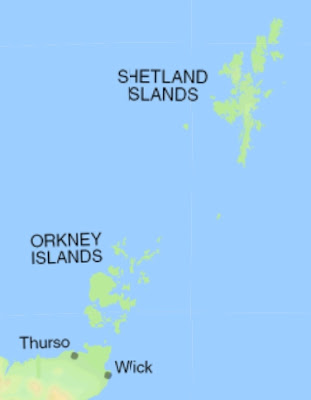 Shock news breaks that in a recent change of legislation it is now ILLEGAL to put the Shetland Islands in a box on your map. 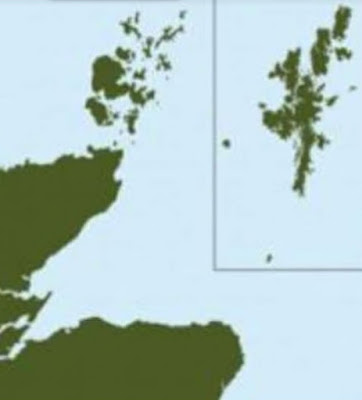 Having done so here, in this very blog, fbb sits quaking with terror, awaiting a knock at the door from the Lerwick stormtroopers ... 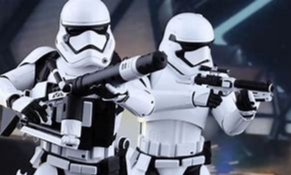 ... to carry fbb off to the dungeons at Fort Charlotte for solitary incarceration. 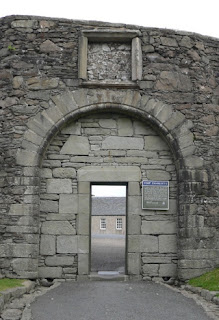 Oh look, there are exceptions. You can box in the islands if you need to save space.

But surely, that's why everyone did it anyway? 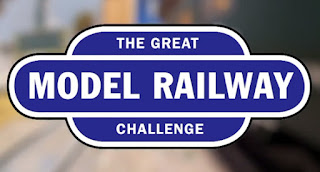 On Friday last the first programme in this "bake-off" for mini-ferroequinologists was aired. The plan was to create a working model railway in just three days. Three teams would compete to build a model to a set theme - in this case to take as their inspiration "The Movies". 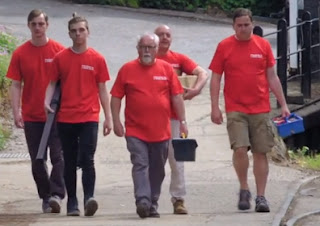 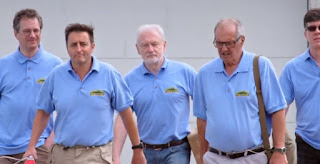 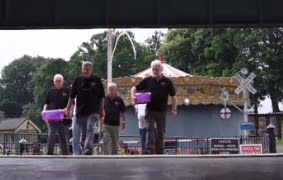 What was immediately apparent, is that the teams had pre-prepared a huge amount of the work, based on a set budget and a set period of prep time, maybe with a "fluid" interpretation of the  rules. Each team was allowed five scenery "models" ready made.

fbb thinks that ALL the locomotives and rolling stock was "brought in" and pre-decorated.

But fbb was disappointed. We saw glimpses of track laying ... 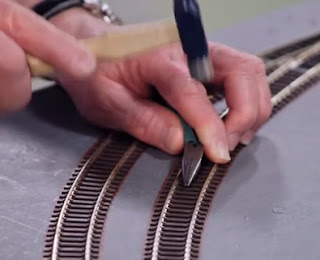 ... and plenty of chicken wire a plaster cloth terra-forming. 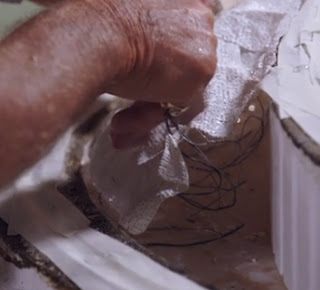 But huge chunks of modelling were simply carried in to the arena and plonked on the layout. 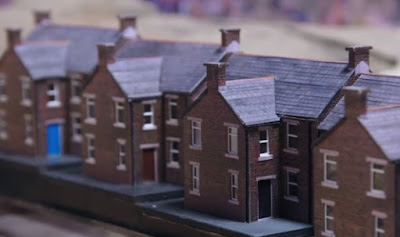 We saw very little of how any of this was done. A repeated mention of "Static Grass" will have mystified the majority of the non-enthusiast viewers.

There was one tiny bit of real creative work. The judges issued each team with a plastic high-heeled shoe ... 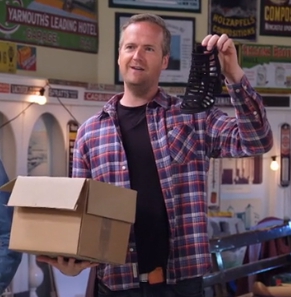 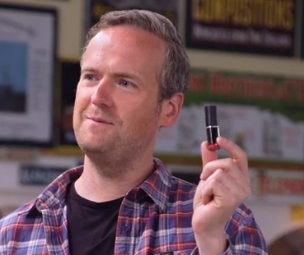 ... to incorporate into their "cineaste" models. Even here, we mostly only saw the results not the method. As you can watch the programme on your "device" by logging in to "My 5", fbb will not spoil things too much for you. But beware, you cannot "fast forward" past the adverts! 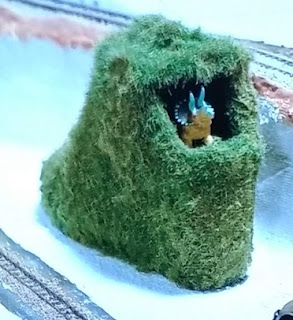 It is a strangely shaped grassy knoll with a dinosaur peeping out of it. Now where have we seen that shape before?

There weren't many trains either, with two teams having only one train running round a simple oval plus some static models on sidings. 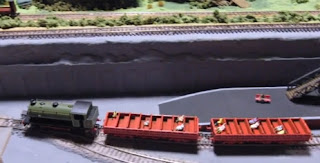 The third team had four trains running, but this was mostly prepared before.

There was an infringement of the rules crisis (when isn't there in this sort of programme), there were a few tearful moments and a couple of bleeps.

But, in the end, fbb thought it was a bit feeble.

They didn't even work through the nights!

This coming Friday at 2000 three more teams will face the challenge of layouts based round a television theme.

Will Thomas the Tank Engine be allowed?

... At Milton Keynes?
Northampton correspondent Alan spotted this "thing" outside the station. 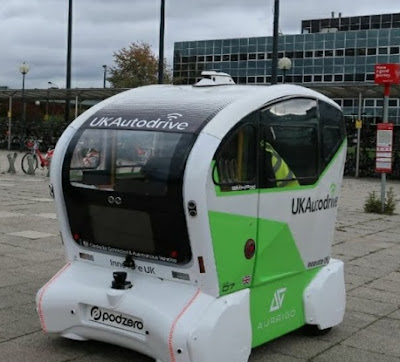 UK Autodrive is the largest of three separate consortia that are currently trialling automated vehicle technology as part of a government-backed competition to support the introduction of self-driving vehicles into the UK.

The project will run for three years (until October 2018) with several major milestones along the way, including the start of the vehicle trials – the first of which took place at the HORIBA MIRA Proving Ground in October 2016. In the last year of the programme, autonomous and connected cars and pods will become a regular sight in Milton Keynes and Coventry. 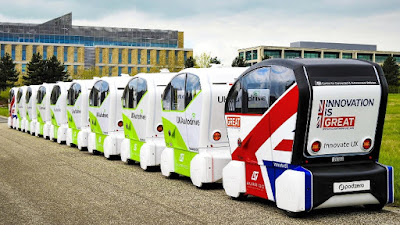 Has anyone ridden in one? fbb can find no advert or publicity for the service.

The proposal is that they would link the station with the central shopping Mall ...

... built, imaginatively, about a mile from the station. 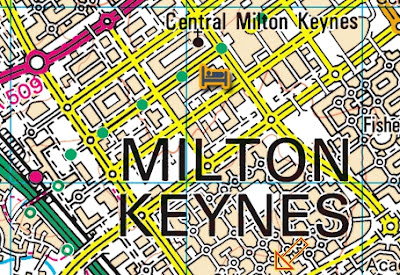 Some reports suggest that they are operating with a "driver" - which means only one passenger can be carried plus luggage.

... For Glasgow's Underground (The "Subway")
On display at the recent "Innotrans" exhibition was the first of a fleet of new trains for Glasgow diminutive subterranean train system. 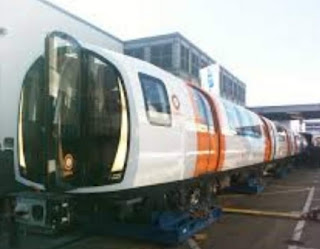 Due to be introduced in 2020, the trains will be longer than the existing units and have walk through linkage between cars. 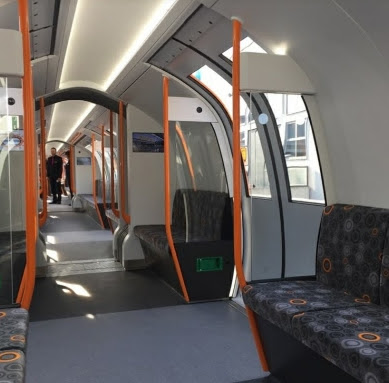 Platform doors will be fitted ... 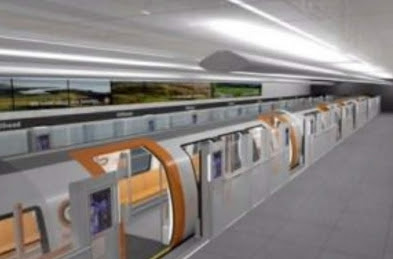 ... and after a shake-down period with "drivers", the trains will run totally automatically.

Next Lancaster blog : Monday 8th October
Posted by fatbusbloke at 02:00