The coach which took the party back to Morar made two calls; to the Glenfinnan Monument and Visitor Centre (of over-stretched car parking fame) where a short PNB was taken, and to Glenfinnan Station. 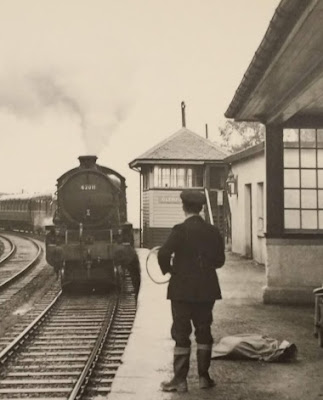 The West Highland Railway had opened as far as Fort William in 1894 and was extended further to Mallaig in 1901. Throughout its life it never made a profit and relied on Government support for its survival - it still does! Engineering was a challenge with cuttings blasted from solid rock and huge difficulties getting men and equipment to the workface.

Glenfinnan Viaduct is, by far, the most spectacular bit of infrastructure on the line ... 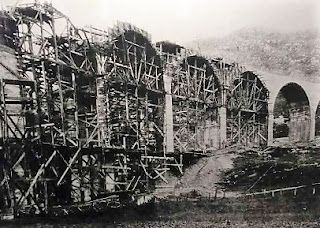 ... curving in a near semi-circle round the small valley (glen) of the river Finnan leading inland from the head of Loch Shiel. 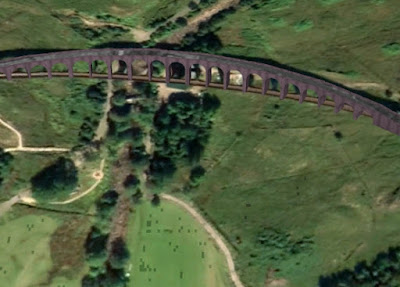 In 1745 the Jacobite rising began here when Prince Charles Edward Stuart ("Bonnie Prince Charlie") raised his standard on the shores of Loch Shiel. Seventy years later, the 18 m (60 ft) Glenfinnan Monument, at the head of the loch, was erected to commemorate the historic event.

But Bill, our driver, was exercising his reversing skills by backing up the narrow hill to the Station of the same name. 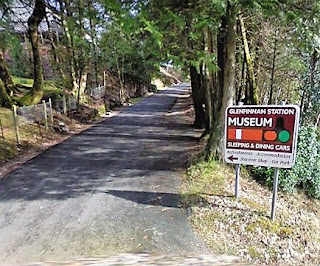 It was, as they say, a coat of paint job! 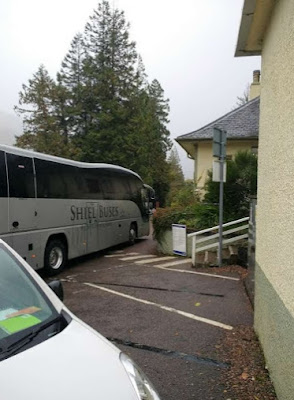 The station houses a small museum giving the history of the line and viaduct, with credit to its builder (full name and nickname) courtesy of two locomotive nameplates. 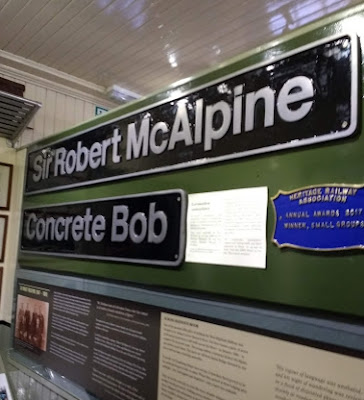 Well worth a visit - as was the signalbox. 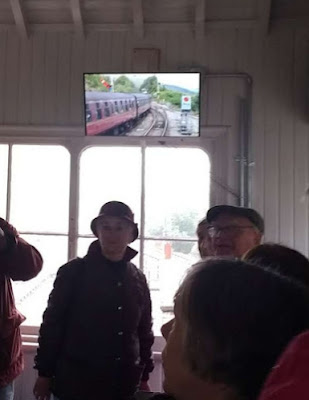 Here visitors are invited to signal the Jacobite train in the old fashioned way, by pulling the big levers. Cleverly the movement of the signals and pointwork has been implanted in a video of the southern end of the platforms and, having signalled successfully, the "virtual" train chuffed by. 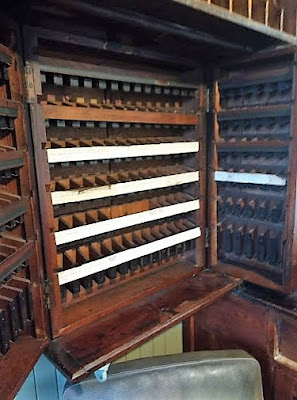 Answer at the end of this posting.

And so back to Morar for nosh and kip, ready for ...

First, a few salient words from Robert Burns "To a Mouse".

Thy wee bit heap o' leaves an' stibble,
Has cost thee mony a weary nibble!
Now thou's turn'd out, for a' thy trouble,
But house or hald,
To thole the winter's sleety dribble,
An' cranreuch cauld!

But, Mousie, thou art no thy-lane,
In proving foresight may be vain;
The best-laid schemes o' mice an' men
Gang aft agley,
An' lea'e us nought but grief an' pain,
For promis'd joy!

fbb will not attempt a translation! Tour manager, Les, announced on the Tuesday that there were problems with Wednesday's schedule and it looked as if the crossing by ferry to Skye would be cancelled. And it was.

Bad weather? fbb is not so sure. Here is Caledonian MacBraynes timetable for the route ... 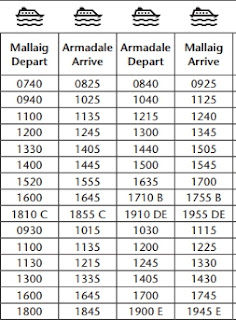 ... and it's a big boat, unlikely to be affected by a bit of rain and wind. 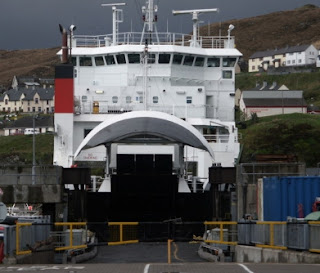 But it is affected by the tides and there is a note to the that effect at the foot of the timetable ...

... which included Wednesday 27th September! And that little warning is printed in the company's Summer timetable book.

An alternative was arranged which took Bill and our coach back down the Road from the Isles to Fort William (fourth time), along the Great Glen towards Inverness and across via the A87 towards Kyle of Lochalsh. 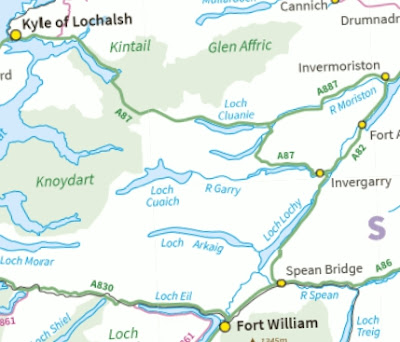 The visit, instead of Dunvegan Castle, was to a fortification built on the island (eilean) first inhabited by Bishop Donan in about 600AD. 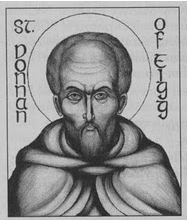 Eilean Donan Castle is, arguably, the most photographed bit of stonework in Scotland ... 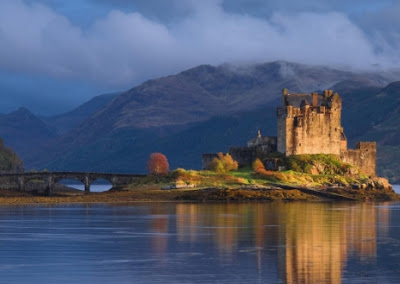 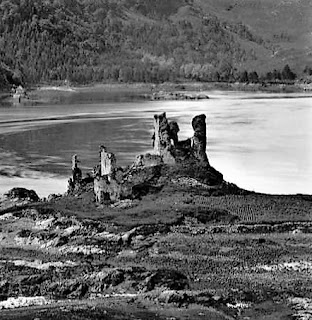 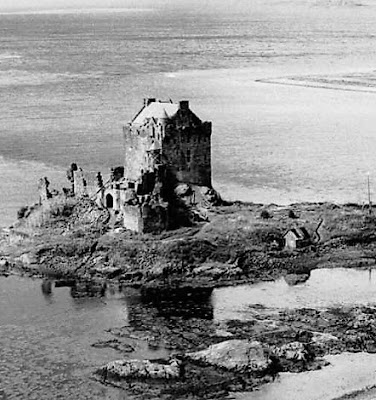 Only after the main block was finished, did they add the distinctive arched bridge!

Now the castle is almost dwarfed by the nosheteria and gift shop ... 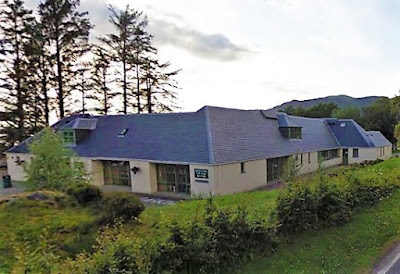 ... but the castle is still there - somewhere! 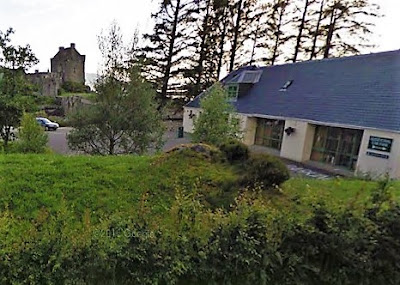 It still looks spectacular with your back turned to the grot ... 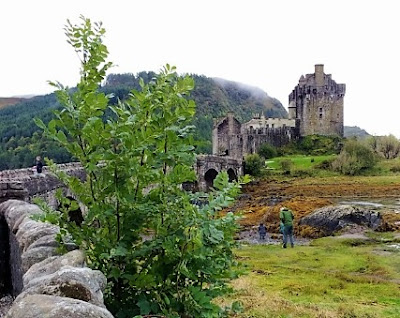 ... and the coach was welcomed by a lone piper. 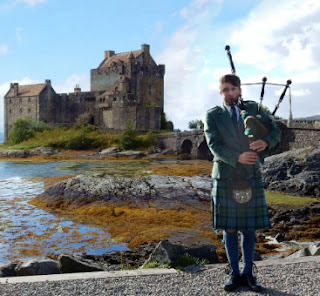 They don't allow you to take pictures inside but, for a small reproduction of a castle, it had been "done" very well with low ceilings and steep and difficult stairs. There was plenty of baronial grandeur ... 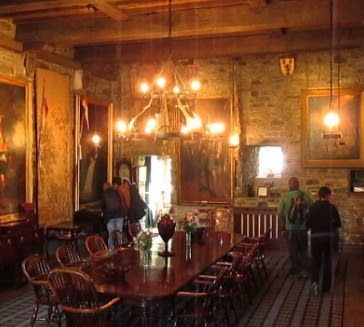 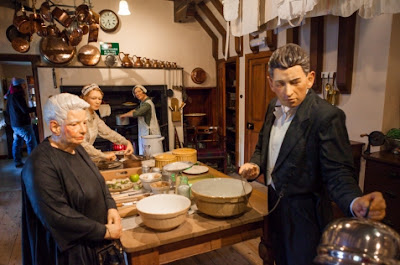 So, after the castle visit, it was off to Skye - just! Across the bridge (actually "the bridges" ... 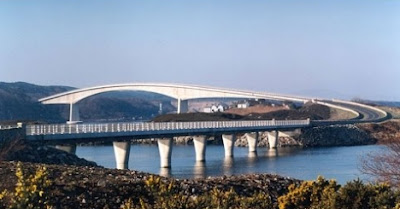 ... and a mile or so south the Kyleakin (not Ky-leak-in but Kyle-arkin) for a short stop. 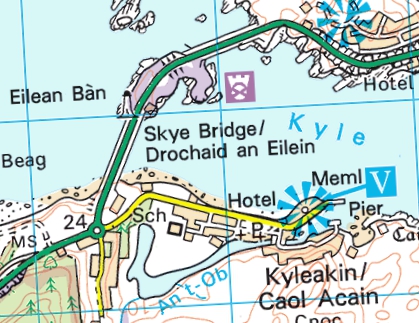 After a short while to enjoy the coach and lorry park ... 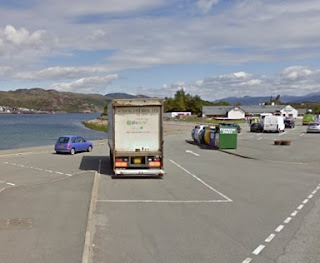 ... it was about turn and back to Morar (Road to The Isles journey five).

Before the bridge was built, you would catch a ferry ... 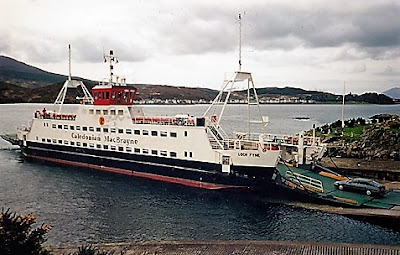 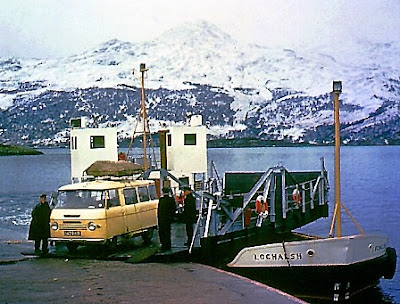 And, before that, an even smaller ferry. 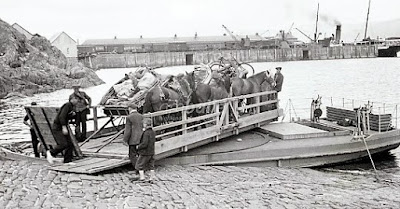 Crossing to Skye was, at one time, quite a challenge as we shall find out tomorrow, when we consider the sad case of fbb's father's trousers.

And the mystery picture (above) - it is of a rack for Edmundson railway tickets; the little rectangular ones - usually green. 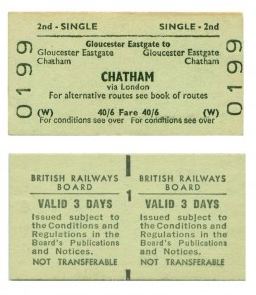