The promised blog adumbrating the change in Stuttgart from tram to something that isn't quite a tram and isn't quite a train is postponed until tomorrow due to the exigences of the situation. 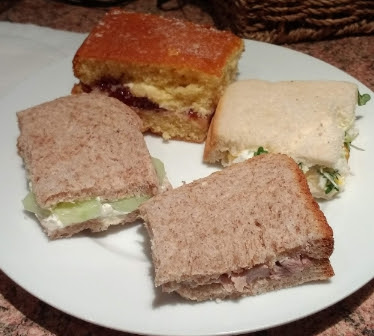 Yummy! The fbb's only provide such quality nosh when there are five Mondays in the month - hence the neatly named "Fifth Monday Special." 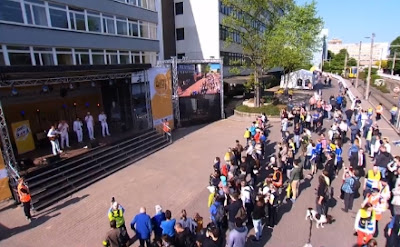 But back to Stuttgart and back to May this year when the city hosted the seventh European Tram Driving competition. 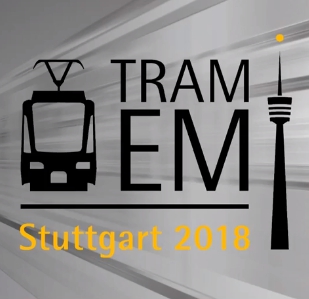 No, neither had fbb.

The winners were a team from Stockholm. 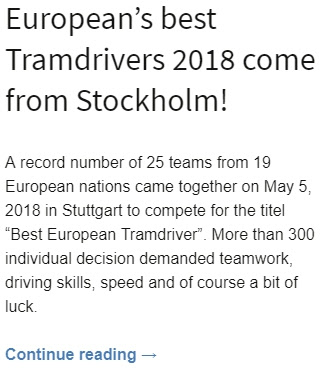 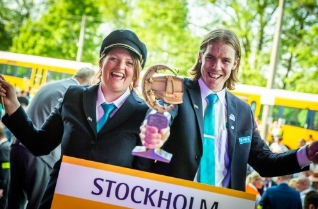 Next year the exciting competition moves to Brussels. 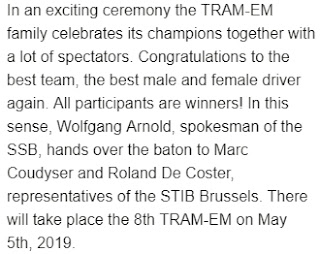 The event was introduced by an exciting group of singers ... 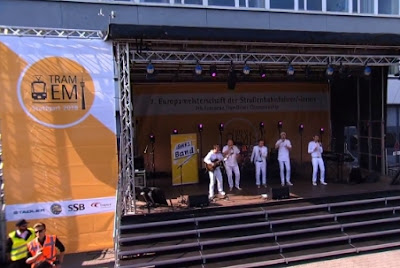 ... and an enthusiastic commentator guided the public through the "exciting" event. 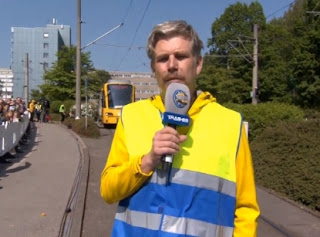 There is an on-line video which lasts for over three hours - which fbb thought might just be a tad too much of a good things, so here are a few screen shots. The only UK entry was from ... 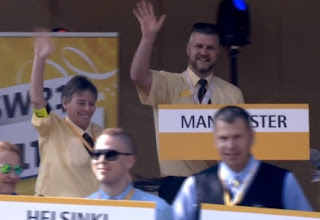 ... whose team was introduced after a short video (Eurovision style) of trams in Manchester where, as we all know, the sun always shines. Well it did on the video!

The "first to go" was the home team. Broadly, the challenge was to drive a Stuttgart tram via a series of obstacles and challenges.

Here is driver Viola Dieterichs about to push the green button to start the timer. 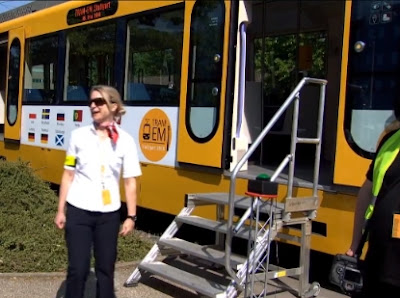 Task 1 was for slow driving. The tram was to brush up to a barrier ... 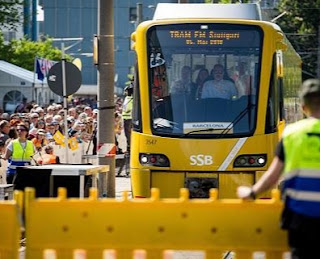 ... whilst spilling or not spilling water from a huge jar. 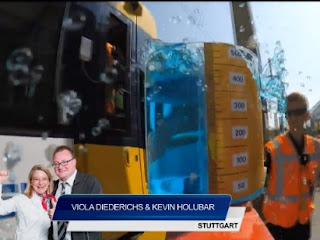 Next, after increasing speed to 25 mph, the driver removed her hands from the controls ... 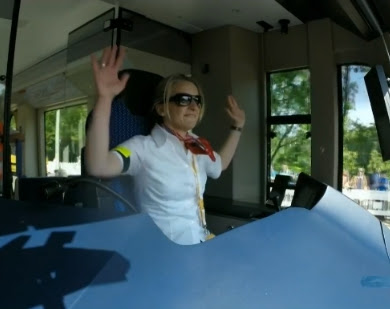 ... at just the right moment to allow the tram's safety devices to stop the tram on a marked line. 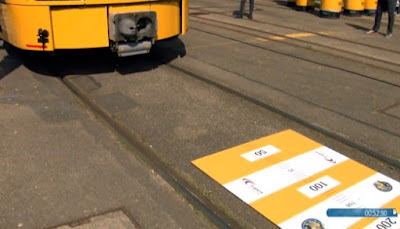 Next the assistant driver, Kevin Holubar, had to place a marker such that Viola would just miss it on a curve. 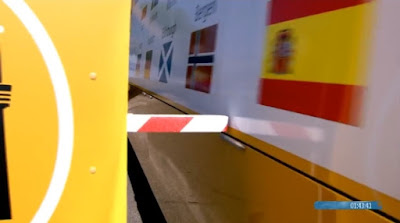 Then it was quick dash to a second tram for LRT six-pin bowling. 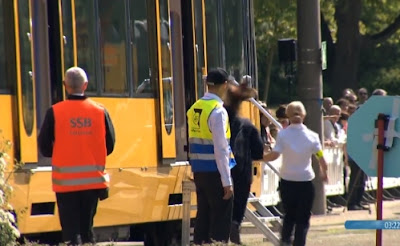 Drive your tram up to a large but mercifully soft ball and prod it towards a set of mega-skittles. Points awarded on the basis of how many pins you demolished. Nul punkte if you bashed the six-pins with the tram. 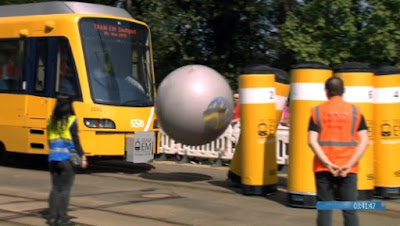 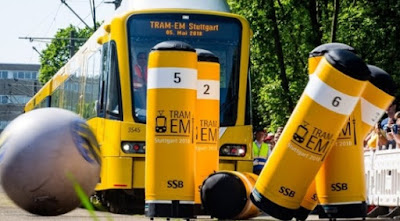 Stuttgart came fourth from bottom in the overall competition - with their own tram! Such is the penalty for going first. Hopefully other teams were given a bit of practice before grasping the controls of a foreign vehicle?

We know that Stockholm won, but where did Manchester come?

But, as the enthusiastic commentator kept reminding us, "It was a fantastic day for everyone!"

Of course it was!

Next Stuttgart blog : Wednesday 31st October
Posted by fatbusbloke at 02:00