Regular readers will doubtless remember that Buses for Sheffield has, so far, been a "sticking plaster" job, re-labelling the dubious efforts of the Sheffield Bus Partnership. A re-launch just over a week ago saw the inevitable PR pictures with the great and good ... 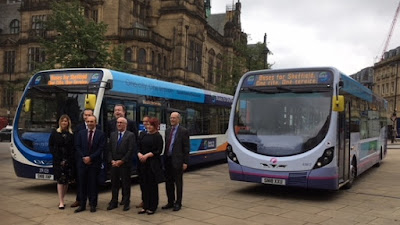 A parcel arrived at fbb mansions containing exciting Buses for Sheffield goodies. It was like a Summer version of Christmas! 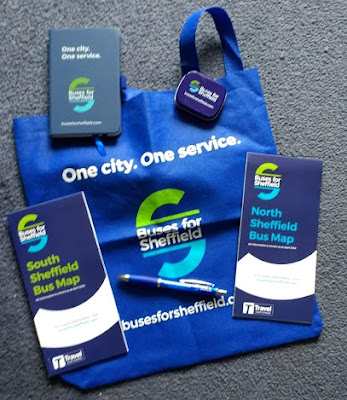 The two maps are just repaints of the existing product, but the notebook, bag, pen and small tin box are very good goodies. 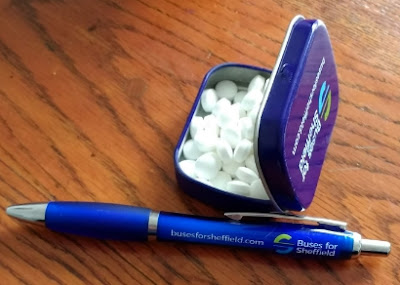 fbb has been promised a commemorative mug to be delivered to Seaton by hand in due course.

Next we all expect service improvements, better publicity (any publicity!?)** and fares offers. 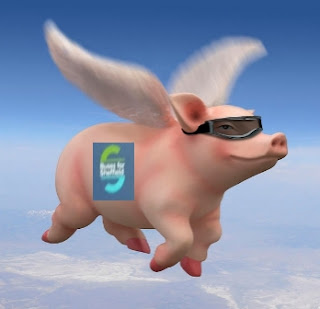 Once upon a time the Trent "TransPeak" route ran from Nottingham to  Buxton and Manchester. 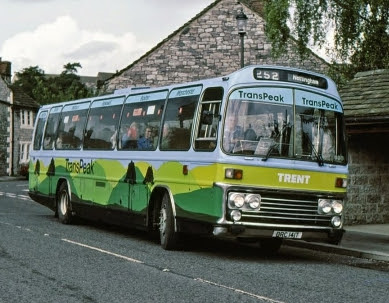 It was one of the very early examples of route-specific branding, completed, in due course, with its very own triangular logo. 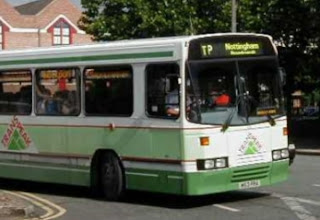 The image was substantially re-vamped as part of the major redesign for the whole of Trent Barton, (sorry, trentbarton) by the ubiquitous and exuberant Ray Stenning. 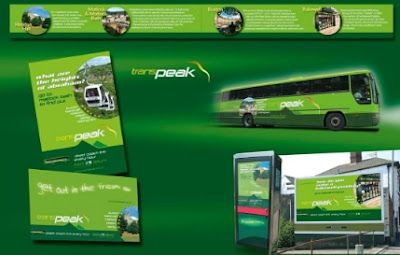 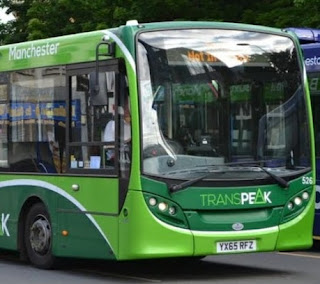 It lost Nottingham some time ago, but has routinely included 4/5 journeys Monday to Saturday extended to Manchester from an hourly headway to Buxton. (click on the timetable to enlarge it) 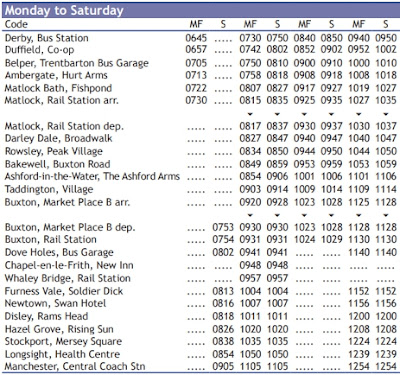 From 22nd July the route will only run between Derby and Buxon. Bus watchers wait with some trepidation to see if the hourly service is chopped.

T M travel used to work the long-standing Sheffield to Buxton route 84 (but by then renumbered 65). It then became joint with High Peak who latterly took over the whole thing. 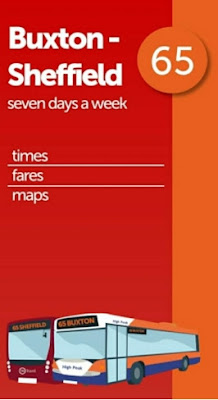 Publicty was excellent, with branded buses and it all looked super and smashing. (click on the timetable to enlarge it) 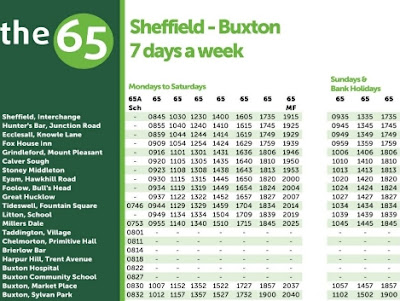 From 22nd July this becomes just TWO round trips Monday to Saturday with nothing on Sunday. To what extent this is a consequence of loss of funding from Derbyshire is not clear - but it is one of the most unkind cuts for the communities served and for Peak District tourism. 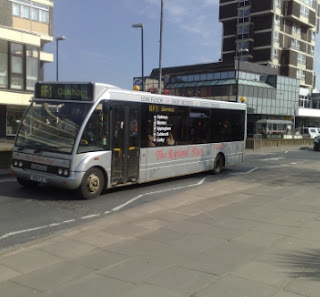 Centrebus had announced its withdrawal from the "Flyer" from the end of June. The Rutland County subsidy of £50,000 was not enough.

So, fbb gathers from his Northampton Correspondent, Rutland sought a replacement tender. When the anonymous sealed brown envelopes were assembled for opening, there was only one ...

So Centrebus has been asked to keep going until July 6th while the County looks for a cheaper deal.

Leeds Leads with Park and Ride? 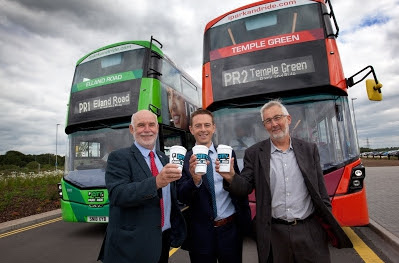 First Bus is bringing shiny new buses to its two Parks and Ride in Leeds.

Reducing air pollution in the city is key and the introduction of these ultra-low emission vehicles will deliver significant fuel and carbon dioxine improvements along the Elland Road and Temple Green Park and Ride routes.

The HEV is the latest development from bus manufacturer, WrightBus, which uses a parallel hybrid system that captures braking energy that is then used to help both accelerate the vehicle and to help power its electrical and air systems.

And Just in Case You Didn't Know Where to Go
Great Western Railway helps out in a potentially embarrassing situation.

No 1 son commutes from Didcot to Paddington, often on the the class 800 trains; which he says are "cool"! But he is non-plussed by a little sign in the "facilities". 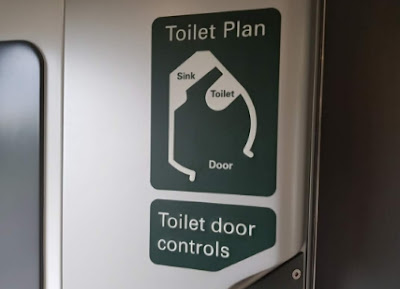 Perhaps, muses the lad, there have been occasions when "ooo-arrr" folk from the far west, used to more primitive "personal appurtenances" have attempted to use the wrong bowl for its unintended purpose. 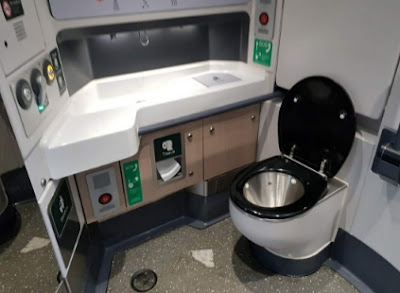 As you can see, an easy mistake to make! 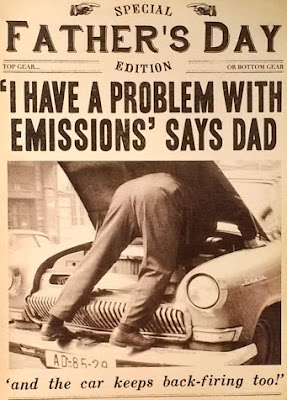 **Sheffield Publicity : a correspondent reports that a few leaflets for timetable changes from 27th May have begun to appear at the Arundel Gate enquiry office. Now what is today's date?


Next variegated blog : Monday 18th June
Posted by fatbusbloke at 02:00