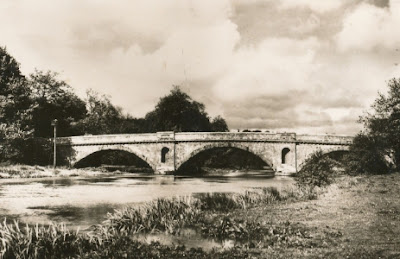 ... named after a bridge over the river Exe north of Exeter is where the line to Barnstaple veers left. It has veered since the days of mixed broad and narrow gauge ... 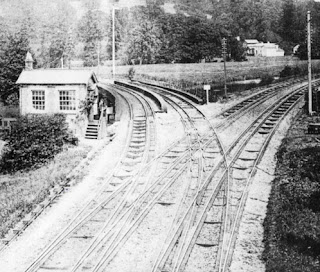 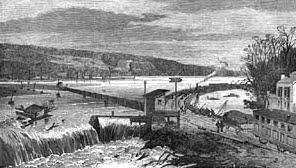 The junction is a much simpler affair these days ... 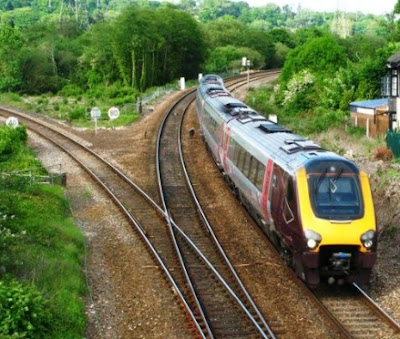 ... but the flooding has remained a major problem throughout. Recent attempts to staunch the flow have proved futile. 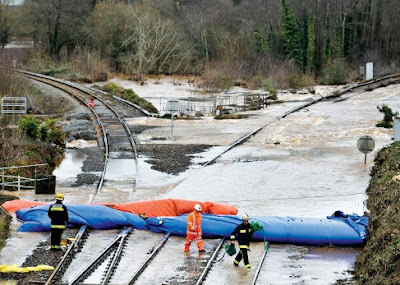 Answer : build a bigger culvert to take excess flow under, not over the line.

Work began back in April with the construction of vehicle access and hard standing close to the tracks. 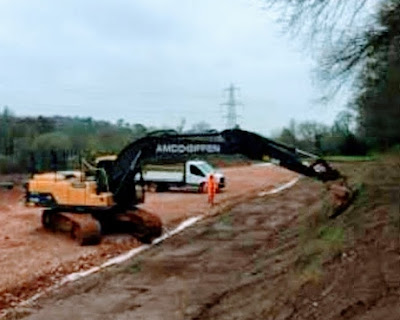 It was buses all the way to Barnstaple with a well rehearsed procedure for the main line.  No alternative exists for CrossCountry so it was buses to fill the gap ... 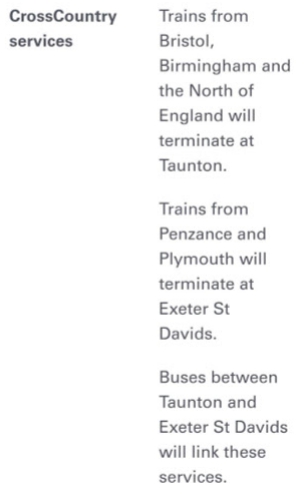 ...with an extra hour added to most longer journeys; an extra 30 minutes to Bristol and Birmingham if you were lucky. 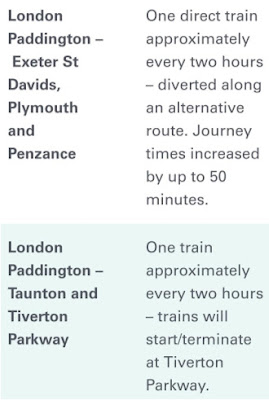 ... but with similar delays.

The trains from Plymouth and Penzance ran via Axminster to Yeovil where a left hander ... 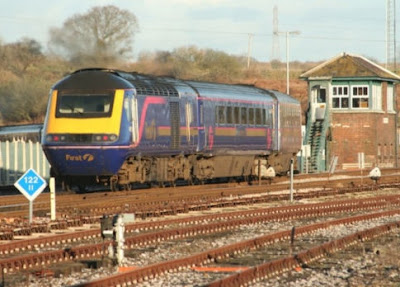 ... takes your train north to Castle Cary and back on to the main line. On one such train was a certain Mt Fearnley off to First Bus offices in the Metropolis. He sent fbb an encouraging text re Metrobus and claimed that he waved as he sped through Axminster

But there is a snag which fbb will examine later.

For his trip from Axminster to Bristol, fbb had a choice; via Exeter with an exciting bus ride to Taunton or via Salisbury and train via Westbury and Bath Spa. 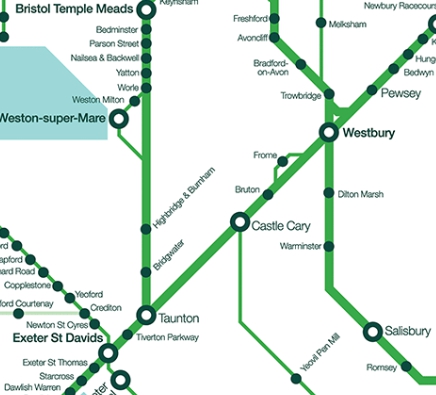 Of course, the line that links Exeter with Yeovil and Salisbury is not shown on the First GWR because that is run by First South Western Railway and neither side ever speaks to the other!

When fbb intended to travel, the timings were similar via both alternaties.

So it was that fbb enjoyed a lovely (?) coach ride between Exeter and Taunton. He would have preferred a top deck seat on a Taw and Torridge monster ... 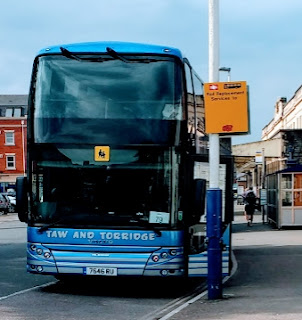 ... but sadly that was only going to Tiverton. fbb joined one of two coaches, his from Damory ... 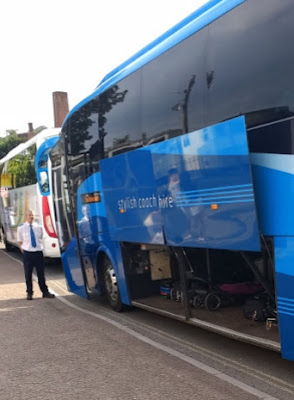 ... fully laden all the way to Taunton. 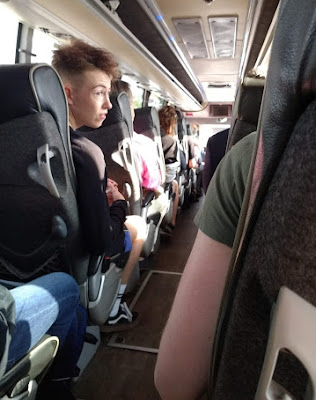 The old man was panicking a bit as it took 25 minutes to get from Exeter St Davids to the M5 but arrival in Taunton was on time ... 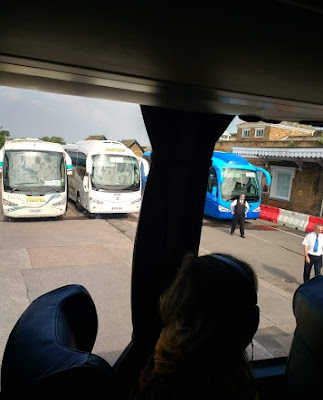 ... with ten minutes before the CrossCountry train departed.

It all went very smoothly and there were plenty of high-viz-vested railway folk to help.

A pleasant journey which only added 30 minutes to el chubbo's pre-planned schedule.

"That snag" will feature in tomorrow's blog.

The Killer Gull Returns
This time, not just in the yard but entering? 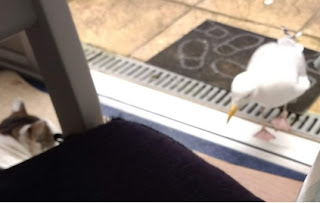 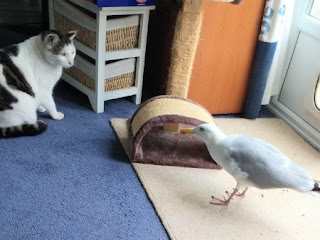 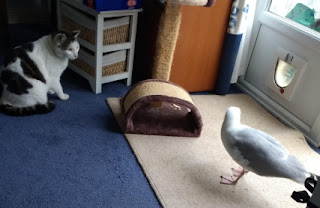 Cat heaves another sign of relief and makes a positive effort to enjoy a lengthy snooze.

By mid afternoon today, the fbbs should be well settled in their comfy B&B at Chilsworthy. The gaff has wifi, so blogs SHOULD flow as freely as the gammy keyboard will allow.

Next Disruption blog : Thursday 21st June
Posted by fatbusbloke at 02:00