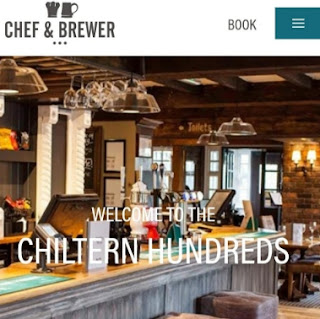 ... and located at Penenden Heath Road in Maidstone in Kent. 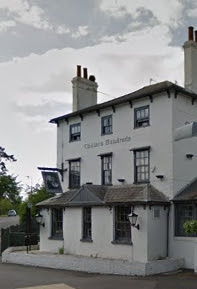 Nowhere near any of the Chiltern Hundreds for real! Perhaps it is run by a de-frocked MP?

An Old Idea?
Of more bus interest is this extract from a Showbus web site from about ten years ago. 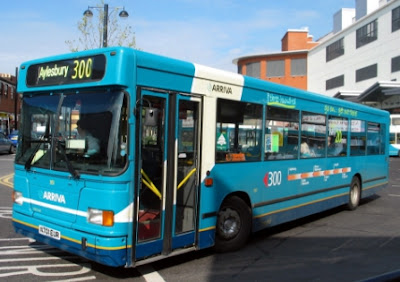 With the 100 to Milton Keynes (formerly X15), the 500 to Watford and now the 300 to Wycombe, one wondered how long before the 280 to Oxford became the line200 and the Chiltern Hundreds were complete, but the 280 remains. The nearside of one of the line300 Scanias shows the discreet route branding.


It was a witticism, of course; Arriva never used the "brand". But, as they say, "What goes around comes around".

Back in the good old days when Transport for London (or whatever it was called then) produced things called "timetables" in the form of bus stop posters, they even issued publicity for non LT routes which dared to encroach in to the hallowed "Red Bus" territory. fbb used to receive regular mailings of Panel Timetables until the service was withdrawn. These arrived in A4 brown envelopes which were found to be very tasty by Henry, then the family cat. If fbb did not get to the doormat promptly, Henry would nibble away at the envelope and thus give the pages a neat serrated edge!

In a surprise announcement, the company announced that it was pulling out its hourly A40 to Heathrow due to "lack of custom". But what they have done is to rebrand all their inter-urban services as "Chiltern Hundreds" by renumbering them into a 1xx series.

... and the on-line explanation is very clear. (click back to yesterday's blog for a simple background overview). 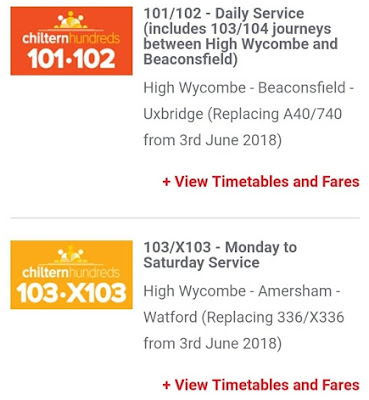 In broad terms, frequencies are unchanged (without the hourly extension to Heathrow) but the 102/3/4 group is shown as a combined table ...

...with a clockface 15 minute service between High Wycombe and Beaconsfield.

Uxbridgers still have the London Buses A10 ... 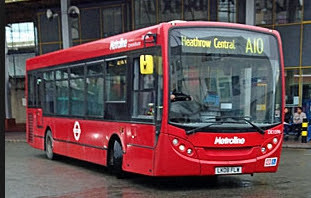 Chiltern's 104 is a new venture. Running from High Wycombe via Beaconsfield to Slough every hour (no Sunday service) ... 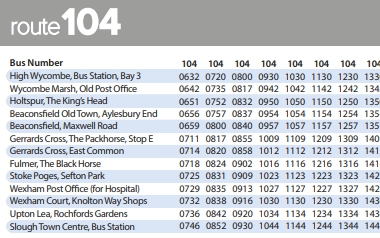 ... it joins the existing Redline 335 from Gerrards Cross. Carousel offers a much better service than the 335 which is only every two hours Monday to Saturday. 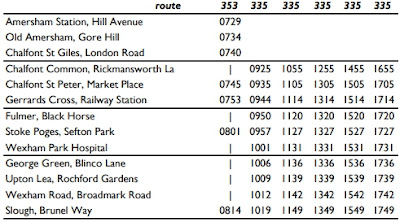 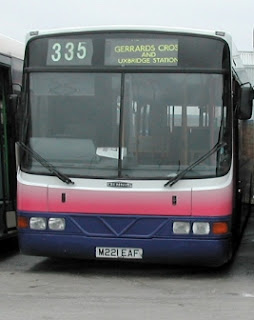 ... abandonned in one of the many First retrenchments.

Drat the Cat!
Jacko the cat is inspecting the new pointwork on the redoubled main line outside Peterille tunnel. 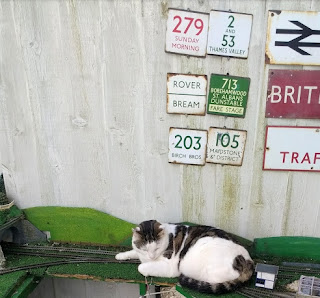 He pronounces it very efficacious!

A Pinch Of Salt 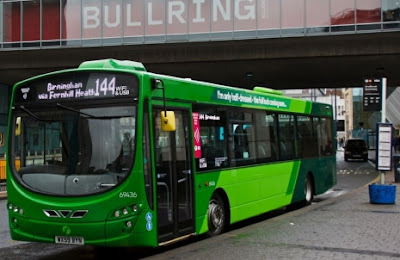 The temporary (?) label above the side windows says, "I'm only half dressed - the full look coming soon."

It came yesterday. More in due course.

Blogs are are likely to be shorter/simpler until the end of June due to technical problems. No. 3 son will then jet in to fix things!