The Bodmin and Wadebridge Railway was a real "oddity" in the long history of transport in the West Country. 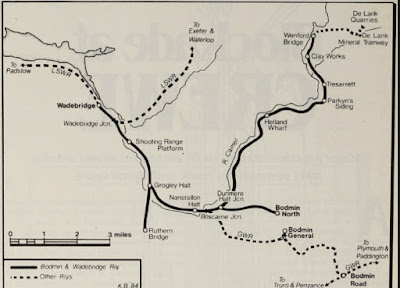 The Bodmin and Wadebridge Railway was a railway line opened in 1834 in Cornwall.It linked the town of Bodmin with the harbour at Wadebridge and also quarries at Wenfordbridge. 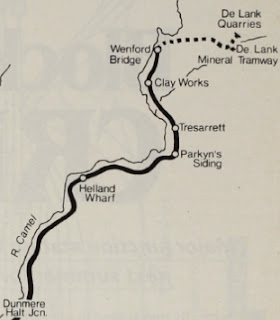 Its intended traffic was minerals to the port at Wadebridge and sea sand, used to improve agricultural land, inwards. Passengers were also carried between Bodmin and Wadebride. 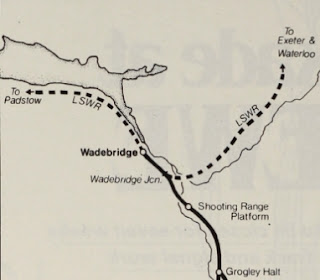 There was also a goods branch to Ruthern Bridge.

It was the first steam-powered railway line in the county and predated the main line to London by 25 years.

It was always desperately short of money, both for initial construction and for actual operation.

In 1847 it was purchased by the London and South Western Railway (LSWR), when that company hoped to gain early access to Cornwall for its network, but in fact those intentions were much delayed, and the little line was long isolated.

The Great Western arrived at Bodmin 43 years later with a branch from Bodmin Road (now named Bodmin Parkway), followed quickly by a link to the original line. It is this link, to Boscarne Junction, that forms the "secondary branch" of the Heritage Bodmin and Wenford Railway.

Finally, in 1895, The LSWR managed to join up with its isolated line when their North Cornwall railway made it to Wadebridge. (click on the map below to enlarge it) 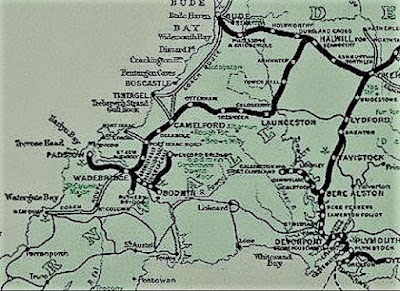 Ever anxious to promote their extensive network, note that the LSWR includes the branches to Wenfordbridge and Ruthern Bridge on theit maps displayed in their coaches, although neither of these lines ever had a passenger service.

But all this history did leave Bodmin with two stations. The LSWR terminus (Bodmin North) ... 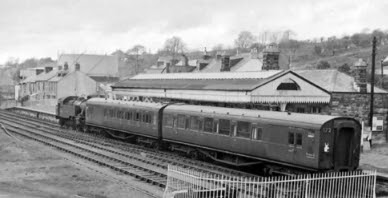 ... has gone completely. But Bodmin's stations thus had a real hotch-potch of little used services. 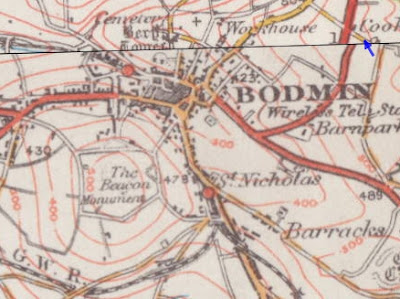 The "link" line (GWR on old map above) joined the LSWR line at Boscarne Junction ...

... but there was originally no station. 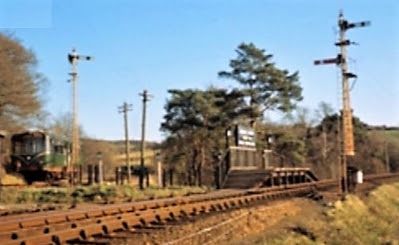 The platforms here were completed in May 1964, passengers from Bodmin North using a shuttle service operated by an AC railbus travel as far as Boscarne; onward travel was by using the Bodmin General to Padstow services. Alongside the line to Bodmin North it had a small patch of clear ground, sometimes described as a Ground- or Rail-Level platform, to allow the railbus to lower the ladder fitted below the passenger door ... 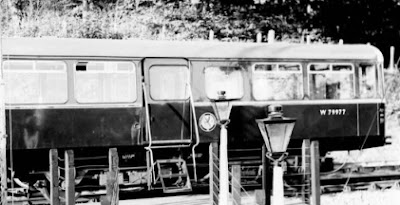 ... while there was one small platform at a more normal height on the line to Bodmin Genera. There was no shelter, no public access, no tickets, and initially no lighting. 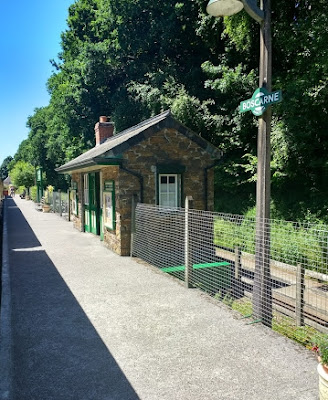 Trains follow a sharply curved route round from "General" station the southern edge of Bodmin ... 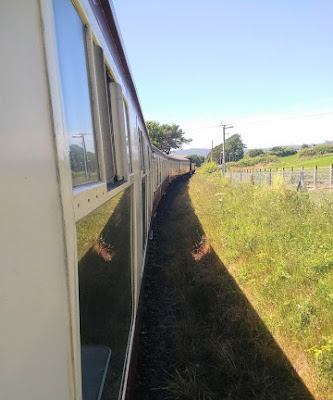 ... before coming to rest at the quaint little terminus. 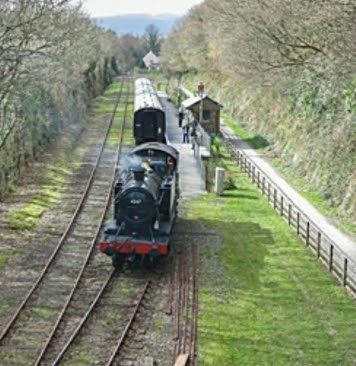 The footpath and cycleway alongside the station is part of the Camel Trail which uses much of the tracked between Wadebrodge, Boscarne and Wenfordbridge. Below, we look back towards the former Dunmere Halt ... 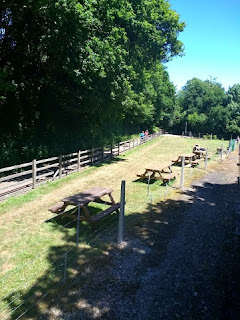 ... where the freight line diverged and the platform still stands. 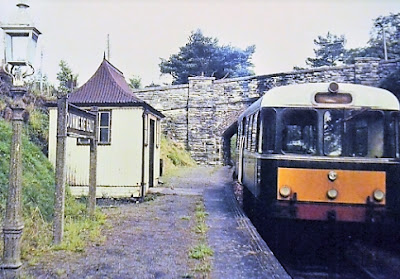 But not the tin shelter! 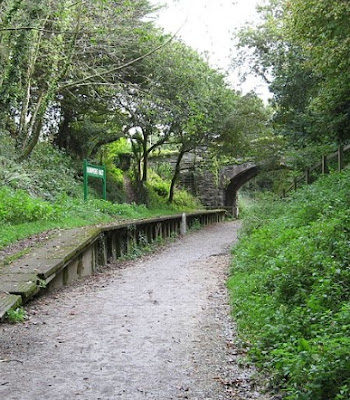 What is a GWR shelter doing on an LSWR station, eh?

Remember Mrs fbb and chum were not impressed with the superfluity of undergrowth on the line to Bodmin Parkway? On this "branch", the aspect, looking out into the valley of one of the many tributaries of the River Camel, was much more open.

And what was a certain lady up to? 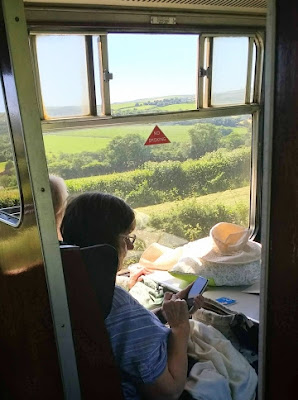 The Heritage line has a long term aspiration to reach Wadebridge and you can but wish them well. It seems unlikely that fbb will be on the first train along the re-opened section!

No station remains at Wadebridge, but at least the new road has an appropriate name ... 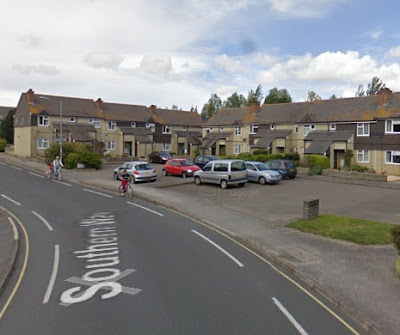