The Parcel From Widnes (1)

In the 1960s our national railways were in turmoil. The post-war modernisation plan had largely failed to deliver a profitable railway; then The Great And Good Doctor was told by an indecisive government to sort the Railways out, once and for all.

In the midst of this "excitement" your youthful author was gaining a degree (just!), starting work as a teacher and leading a group of "juniors" every Sunday at Sheffield West Crusaders bible class. Most rail excursions were on Sundays, so it was South Yorkshire's buses that captivated the lad's interest.

He missed such a lot. Even at Northampton Grammar School, the same applied. Sundays was Crusaders.

So the teenager/student never caught a train from Northampton to Bedford ... 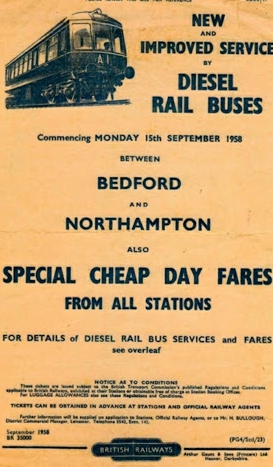 ... so never rode on a diesel rail bus! BR did not see fit to get the illustration right. 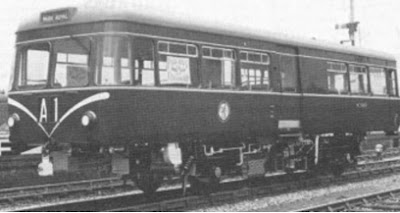 British Railways bought a variety of railbus types in a desperate attempt to save ailing branch lines as here at Tetbury. 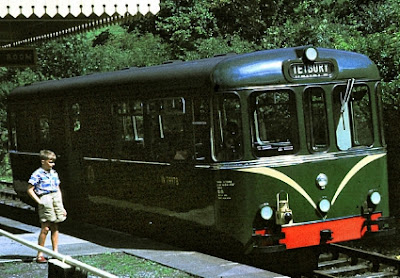 Then in the early 70s, fbb bought an Airfix kit. 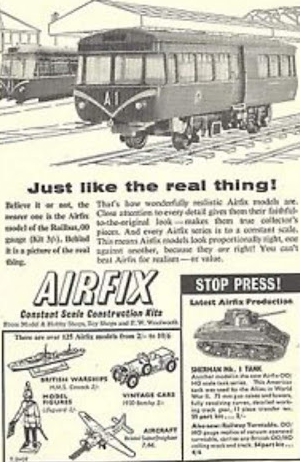 It was a splendid model and was apparently easy to build ... 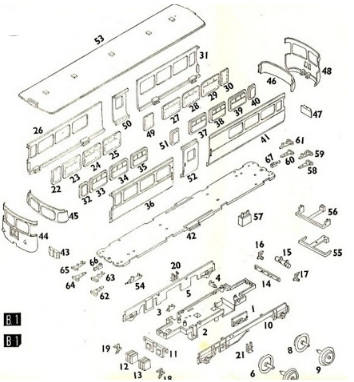 ... and if you author could find a simple way of fitting a working motor, it might form the basis of a small "cameo" model railway. But wife, family, and a busy teaching job meant that it stayed in the box.

There was a sickening realisation that the youthful fbb lacked the time and the skills to do the job properly.

It would never look as good as he one on the box, and probably wouldn't work properly.

fbb cannot remember what happened to it, but it remained in the box in a drawer under the telly for may years, unloved, unmade and forgotten.

The real ones were all withdrawn as their unsaved branch lines fell to the so-called Beeching Axe - which wasn't the Beeching Axe at all but The Government's oft misdirected chopper.

One or two remain in preservation as here at the Keighley and Worth Valley Railway ... 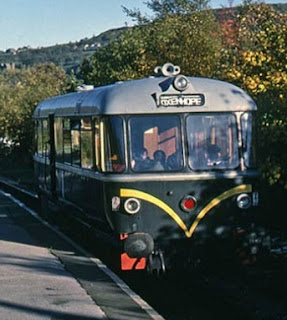 Regularly seen singularly or paired with M79964, E79962 was a regular on the Railway’s morning services until time caught up with this aged vehicle and it was retired from active service pending an overhaul at some time in the future.

Regularly seen singularly or paired with M79964, E79962 was a regular on the Railway’s morning services until time caught up with this aged vehicle and it was retired from active service pending an overhaul at some time in the future.

With no prospect in sight of being restored in the foreseeable future, E79962 was transferred into the ownership of the Vintage Carriages Trust at Ingrow and moved to their workshops in 2014. Restoration has commenced with a complete strip down and the unit is now receiving the care and attention that has become the hallmark of VCT renovations and is being restored to as near original condition as possible. The photograph shows the DRB down at Ingrow in a woebegone state with internal stripping and asbestos removal complete and restoration ready to commence.

At last the Keighley railbus now has a likely future, unlike fbb's Airfix kit which perished (probably)  just before the move from Sheffield to the Isle of Wight in January 1984. 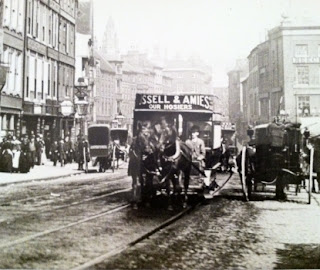 The Corporation took over in 1879.

So this year celebrates 140 years of public transport in the city. The wording on the heritage-liveried bus has been changed to recognise the anniversary. 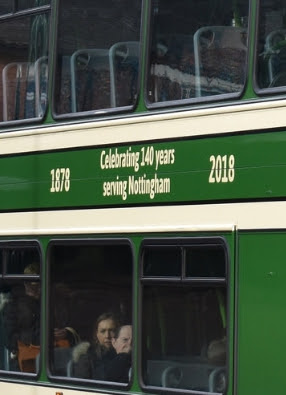 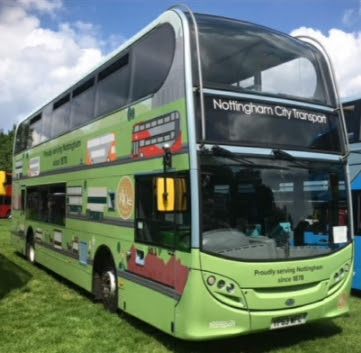 What Is It?
Seen on the down platform at Butlers Lane Station (on the Lichfield line). 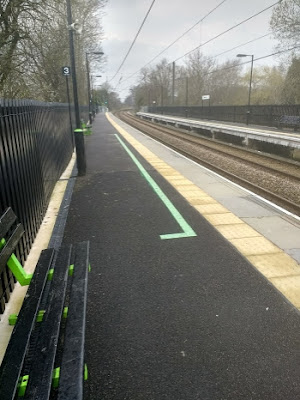 It is green in colour and seemed to mark the sit of the "join" between two three-car electric trains. 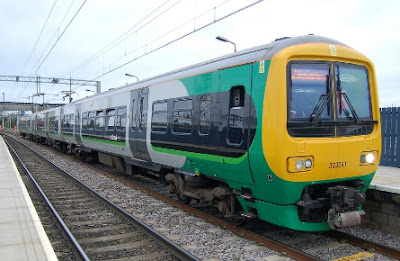 
WHOOPS - for mysterious reasons this blog published itself in an unfinished state for a while yesterday. APOLOGIES.

The blog has now been completed/corrected.

If, because of this shambles, you missed yesterday's scheduled blog - it is (here).


Next Parcel from Widnes blog : Friday 8th June
Posted by fatbusbloke at 02:00