It Should be Fantastic when it's Finished

There is no doubt that the physical infrastructure for the M3 is impressive. Every stop has a shelter and bike-park rails. The seats are seats, not parrot-perches and poster information is adequate with route map ... 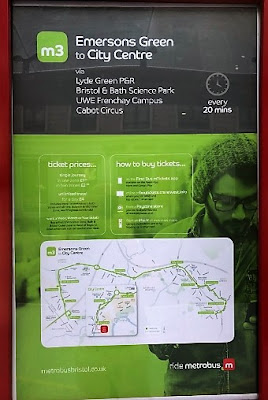 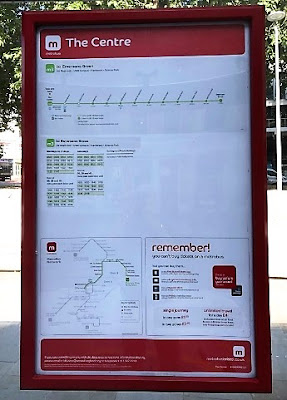 There should be real-time information on the monoliths at every stop, of which more later. But the wow factor is with the roadway stuff. The highlight is, of course, the bus-only junction on the M32. 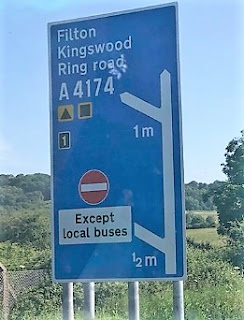 Correspondent Roger sent fbb a link to his video of the exit northbound. It is quite something! View (here). This takes the M3 (and, from January 2019, the M1) into the vast University of the West of England (UWE) campus, complete with its own bus station. 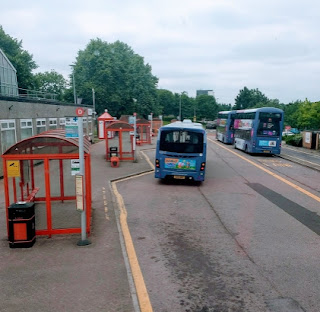 This will be an important source of customers for the M1/M3 in due course; but the source runs dry thereafter, particularly along the "empty" A4174. But there are bus lanes a-plenty on the to-city run ... 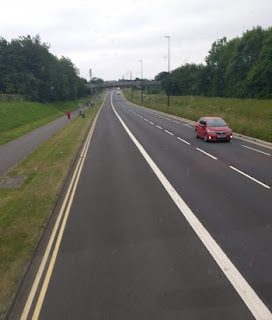 ... just no visible houses or people. But, to be fair, fbb's inbound bus (1220 from Emerson's Green) collected 33% of its payload of 6 from the isolated Hambrook stop - so there must be real people somewhere nearby ... 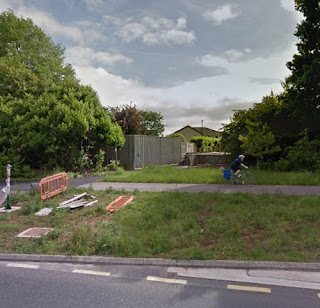 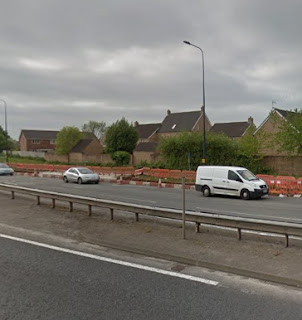 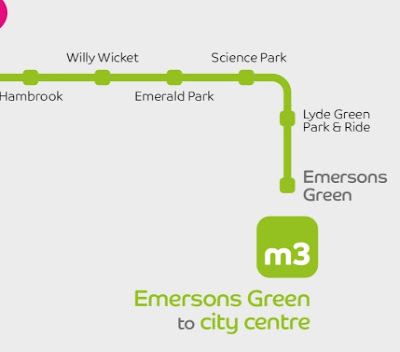 Astoundingly, at Lyde Green, the M3 actually goes along real roads with actual houses on them. 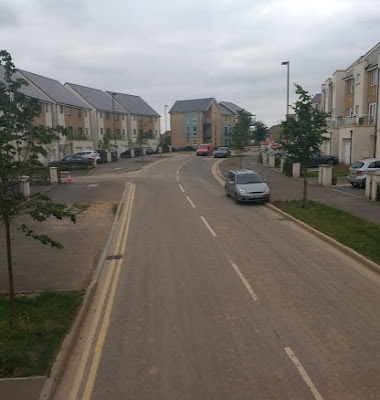 It doesn't stop there as such; you need to find your way to the Park and Ride stop. There is a lot more development to come ... 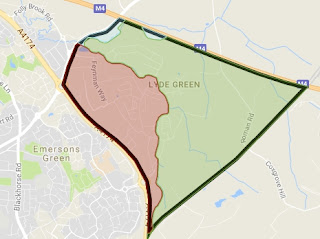 ... and some of the roads used by the M3 look decidedly "interim"! 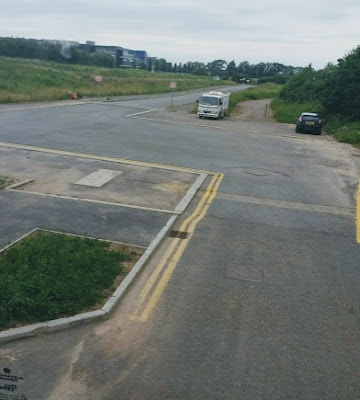 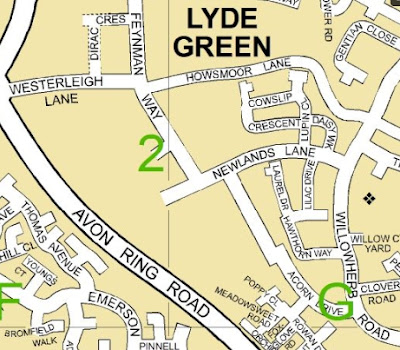 Business on fbb's outward and return runs was poor, with a total load of seven and six respectively. It will pick up when the students return, but whichever way you look at it, this is going to be a long hard road to profitability - if it ever gets there.

Let us hope the sponsoring Local Authorities have got deep pockets; and that First Bus has done its sums properly!

Perhaps the best bit of fbb's round trip was the lunch at Sainsbury's. 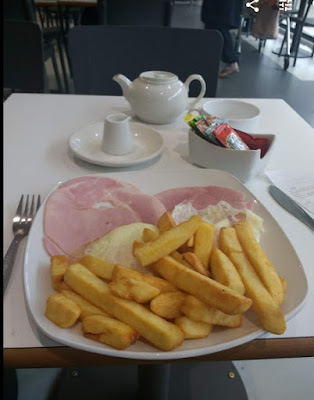 Two slices of ham two eggs and an adequate portion of chips plus a small potta delivering 2.33 cuppas all for just over a fiver!

But a word of warning for folk, like fbb, who are only occasional visitors. This is the Emerson's Green terminus for the 48 and 49 ... 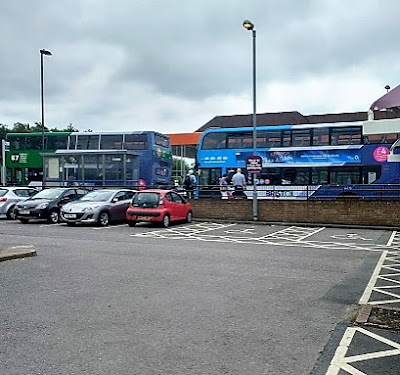 ... taken from near the store entrance, easily spottable from the bus stop. (The 6/7 bus at the front is a rogue vehicle allocated to the wrong route). This terminus does, indeed, bask in the golden glow of Sainsburys. 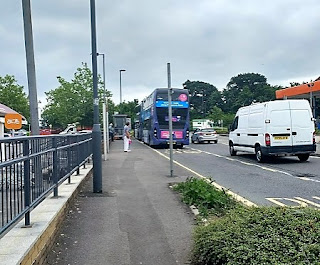 This is the Emerson's Green terminus for the M3 ... 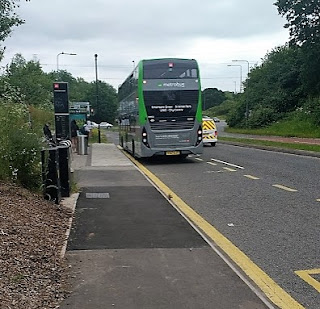 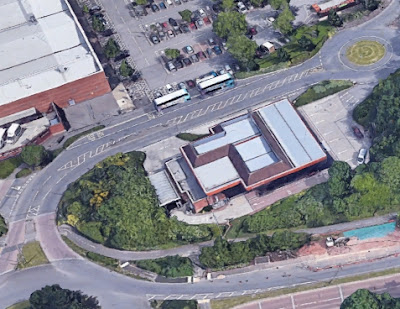 48 etc centre upper; M3 bottom right; it looks obvious from the air, of course, but fbb did not have that privileged view. He actually staggered round three sides of the store before finding a way in.

Peeping over the trees to the left is the canopy of the petrol station ... 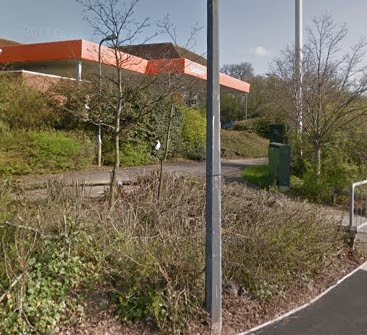 ... but finding your way to store and lunch is not straightforward. After all, everyone comes by car.

One elderly gent, apparently suitably refreshed, had found his way successfully and caught the M3 for one stop all the way to Lyde Green.

The service works well, looks good and deserves to succeed. BUT ...

... it is part of a scheme developed by local politicians and, sometimes, such cunning plans do not live up the their optimistic and idealistic creators.

Tomorrow, fbb will grasp the nettle of the M3's ban on paying your fare with Money.