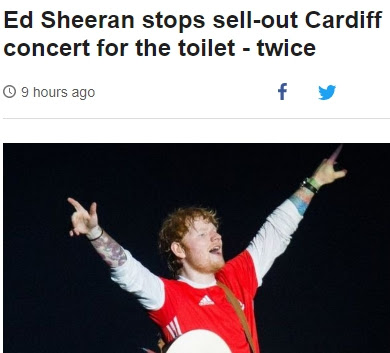 fbb understands that Mr Sheeran is a popular music entertainer with a distinctive exuberant style,

But correspondent Dave is less than happy with one aspect of the Cardiff concerts. He writes (actually "wrote" late last week) under the heading:-


Ed Sheeran plays at Cardiff's principality stadium for a record breaking 4 nights in a row this week ...

Now El Chubbo may not be that familiar with the work of this famous ginger strummer, but there are plenty who are, as up to 60,000 will be attending the concerts EACH NIGHT!!!

So how is public transport helping the huge numbers that'll be coming from far and wide...? How would you feel?

Well, it's not going to be perfect ... there's engineering work, (albeit of an emergency nature) but that does mean no trains at all to/from Bristol or the London direction, and with the likes of GWR etc only running a normal service, you won't be feeling good getting home to west wales, Portsmouth and Birmingham etc as last trains to these places all leave BEFORE the end of the concert. Hardly the A-team is it ...

On Sunday night you'll be no happier ... there won't be any trains to ANY Cardiff valleys destinations like Barry, Caerphilly, Pontypridd, Ebbw Vale, Treherbert or Carmarthen either, as although they've known about it for a year, Arriva trains wales couldn't be bothered to lay on ANY extra trains at all beyond the normal measly Sunday service early finish ... As their spokesman said, hearts don't break around here.

Arriva's attitude:- you need me, I don't need you! Maybe the new man in charge of the hew franchise will do better.

It makes me proud to work for the railway, it really does ... but then what do I know?

fbb does know that Mr Sheeran sings a song called "Lego House" and someone has made a video of  the "Lego House" video - IN LEGO.

Almost as clever as Dave's article, slightly amended by fbb.

Map Makes The Headlines
On Saturday the Sheffield "Star" carried an article about the ludicrously incorrect "underground-style" map. 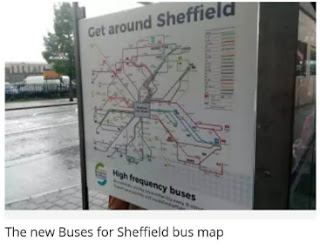 The "headline" implied that the PTE had defended its ridiculous wrongness. 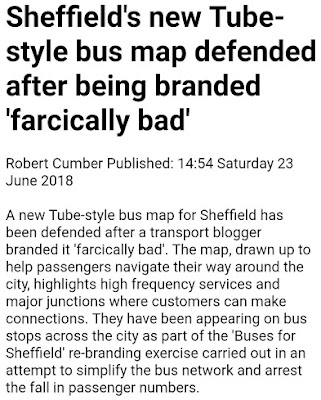 fbb wonders where Robert Cumber got his ideas from. Whoever it was is ... 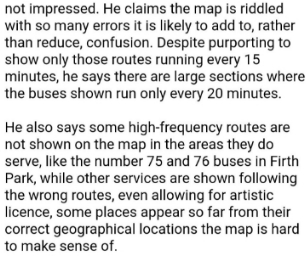 And the Star hack's source has more to say! 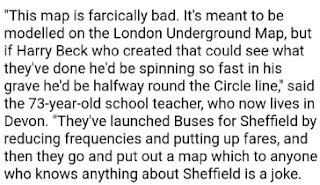 But the PTE has "defended" the crazy confusing cartography ... 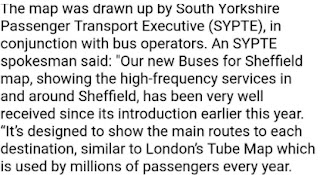 ... by saying that it has been "very well received" (by whom is NOT revealed, but you would guess by the PTE.) The other defence is the fatuous remark that millions of people use the underground map in London.

An extract from "an alternative map" accompanies the article. 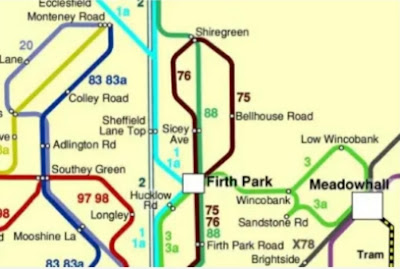 So far nobody has pointed out that Sheffield buses do not serve MOOshine Lane (lower left) but do trundle along MOONshine Lane.

Whoops! No matter; the PTE would never know that it was wrong! 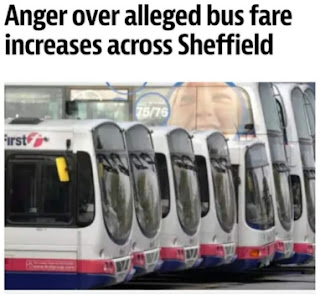 There was, you may remember, a First Bus fares "revision" in Sheffield on 27th May. This was carefully timed a few days after the launch (again) of the meaningless Buses for Sheffield brand. 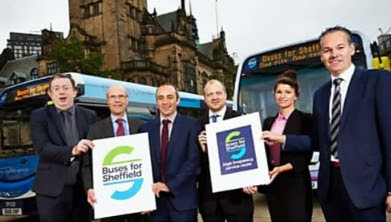 Cleverly, it also coincided with frequency reductions on many main routes "for the summer" - i.e. for a quarter of the year.

But, less that a month later:- 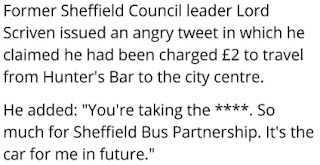 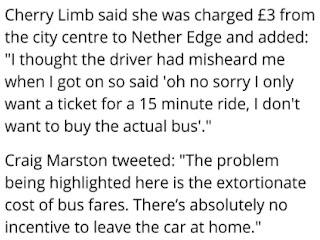 This is a company that is anxious to reverse the trend of declining passenger numbers.

from Sunday, Stagecoach increased their fares, so we can increase ours AGAIN without breaking our Price Promise. Yah boo; sucks to you.

Deepest sympathies for those who have lost loved ones, been injured or deeply troubled by the tragic bus/lorry crash in Cambridgeshire.


Next Cumbria blog : Wednesday 27th June
Posted by fatbusbloke at 02:00