... after yesterday's awayday to Bristol to sample M3 and T1. Blog(s) will follow on tomorrow and Friday. 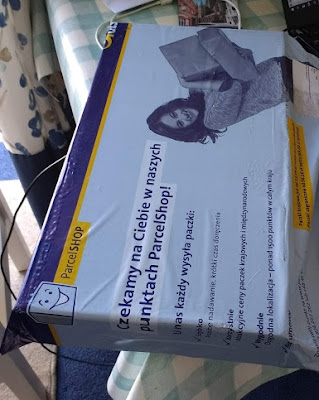 ... from a company with the good old Polish (?) name of ParcelSHOP! This huge package contained ... 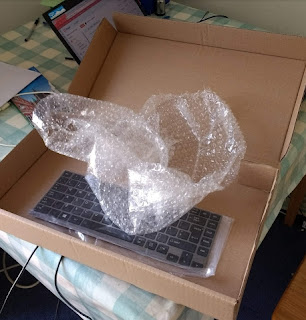 ... a very thin replacement keyboard for the fbbs' laptop. We are glad to see how the world is responding to the need to reduce our need of paper and plastic products. Hope No 3 son has bought the right one - 17 days to go until we find out. 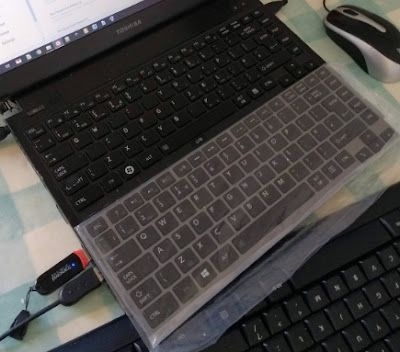 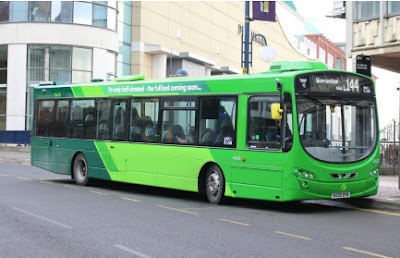 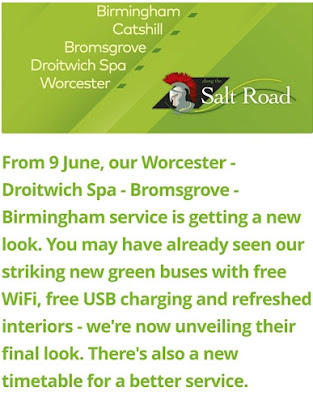 Erm, not quite First. Here is the "new" green bus as illustrated above at work in Leicester ... 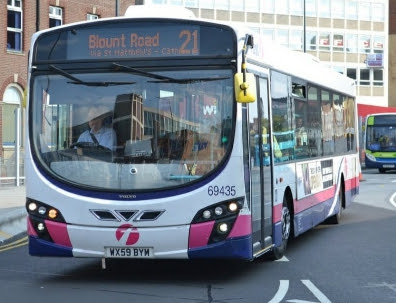 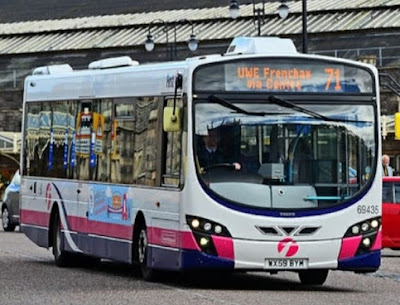 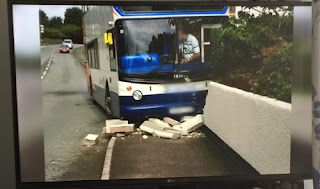 The programme reported with much repetition and speculation by photogenic members of the public on an incident at "Great Torrington" in Devon. A bus with fleet name "fuzzed out" ran down a gentle hill and collided with a well. No one was injured and the bus received only minor damage. 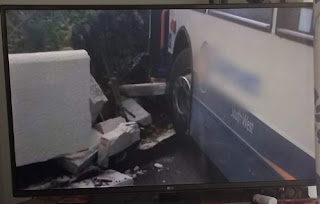 Any runaway is serious, BUT ...

Do we really need to be titillated by non-events?

The Mail On Line was less restrained. 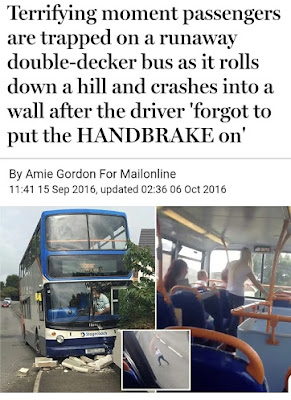 The incident happened back in 2016.  Was Amie THE REPORTER on the bus? Did she KNOW for certain the driver hadn't applied the HANDBRAKE? Do we care, BBC, two years after THIS NON-EVENT? Should the headline have said TRAPPED rather than "trapped"? 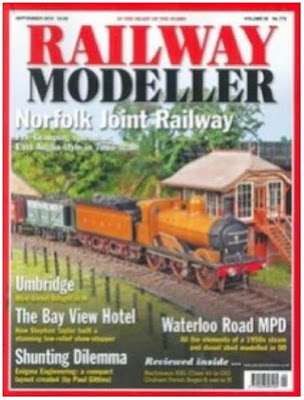 Even occasional readers of this illustrious magazine will recognise its bright red masthead and bright red border. But it was not always so. The all-red every time scheme started as an experiment as recently as 2012.

Before that the three primary colours cycled green blue red ... 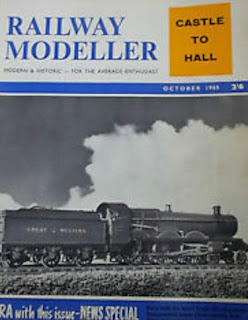 ... with various type-face and layout styles. 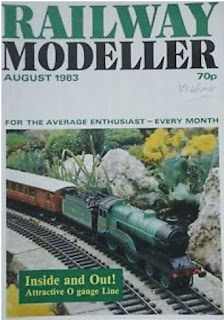 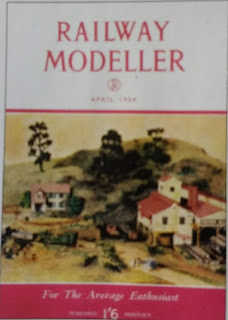 ... as reported in the editorial for the July 2018 edition. It was some time before colour pictures on the front became the norm.

So the July 2018 issue marks the return to the three colour sequence. 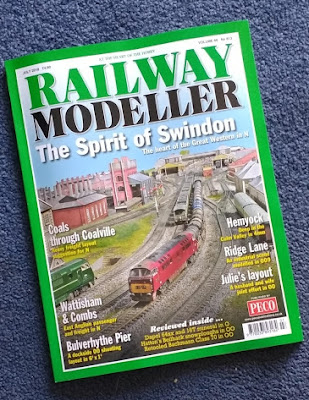 Just as it should be, says fbb, who, according to some anonymice, lives in the now-unachievable unreality from the 1950s!

How did the old man respond to Bristol's hi-tech Metrobus M3? 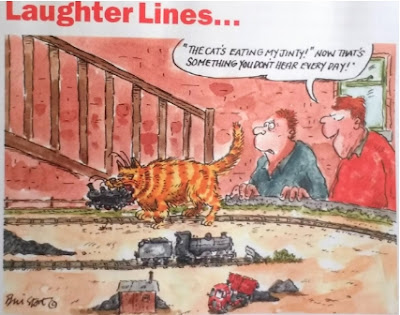 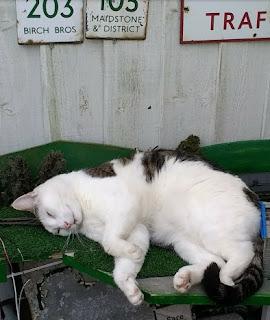 Bristol Field Trip Yesterday
Just to report that the day went well bus-wise; more on the less happy rail journeys in due course.