Thanks to a helpful currespondent, fbb is able to complete his gallery of Buses for Sheffield "freebies". 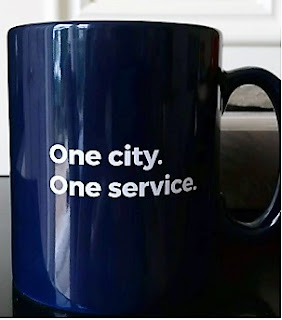 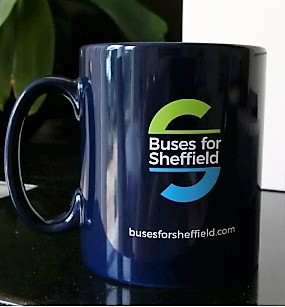 Meanwhile, Sheffielders are still waiting for printed information for some of the service reductions introduced four weeks ago.

Pony Clone Returns
A dedicated and frequent bus service between Shanklin (Isle of Wight) and its esplanade began as an enhanced route 44 introduced when the town's cliff lift was closed for rebuilding. The lift gave access to an artificial sea-front stuck on to the foot of the cliffs as the town developed. 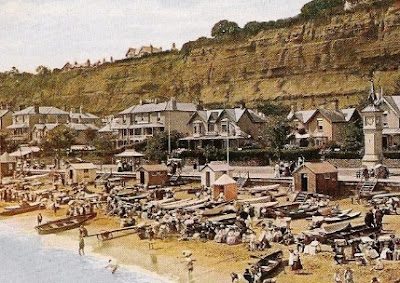 Road access was steep and twiddly at the northern end.

Before the frequent 44, various varieties of less frequent open top routes nipped down the hill.

When the lift re-opened, the service remained - but now branded "Shanklins Pony". 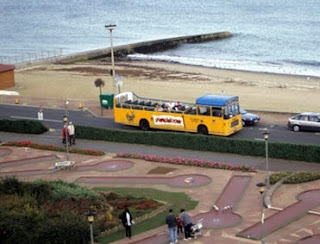 Various traditional open top routes came along when the veteran pony was retired. But more recently we had the Shanklin Steamer. 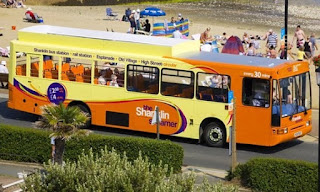 This unique vehicle now rests in the Isle of Wight bus museum, having been replaced, once again, by double decks. Then the service was "rested" (Southern Vectis euphemism for withdrawn!) 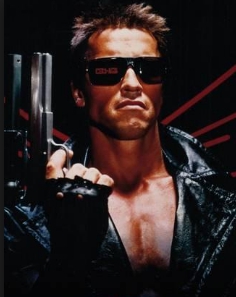 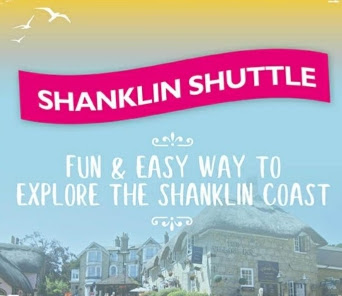 Its route is as unchanging as the seasons ... 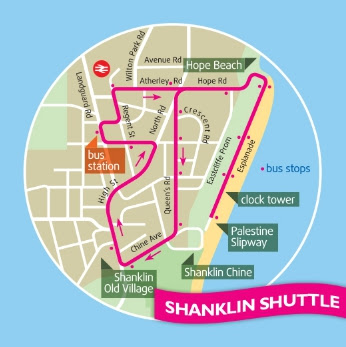 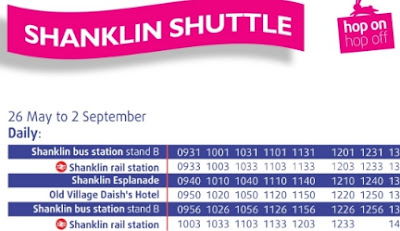 It has "normal" fares (normally expensive on IoW) but it is not clear whether we OAPs go for "free". 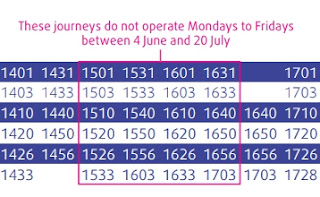 ... it doesn't run in the afternoons on Schooldays, just when weary beach-bums need a lift up to town after a day's roasting in the sun; 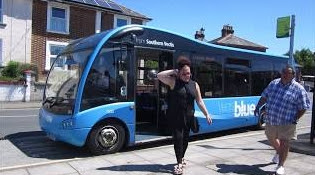 AND it is not open top.

Can Carrying - Sword, Falling Upon
News that Charles Horton, boss of GoViaThamelinkSouthernGatwickExpress, has fallen on his sword comes as no surprise. 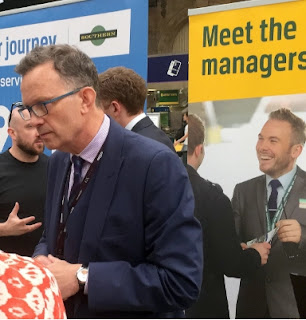 But is that the right outcome?

The company has made a right mess of the new Thameslink service but whose fault is that?

"Last minute" (can be years rather than minutes on the railways) changes to the plans for Thameslink have involved Railtrack ... 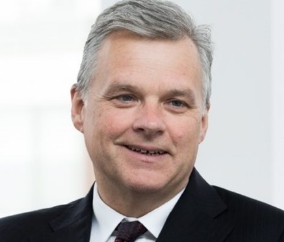 ... and its boss Mark Carne. But he is going anyway, complete with inappropriate (?) CBE.

Then there is DaFT, the Department for Transport, with Minister Chris Grayling being an obvious fall guy. Effectively Mt Horton has been running the company with DaFT pulling ALL the strings. It is operating under a "Management Contract". 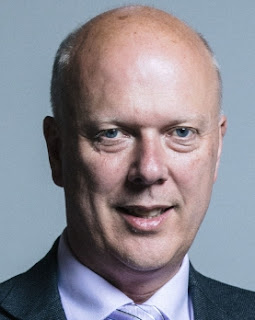 Transport Ministers have a very short life, so Chris Grayling will soon be "moved up", "moved on" or "moved out"!

All three have a major part to play in the timetable shambles.

But those that won't go are the faceless managers at DaFT and the Treasury who are actually making the policy. Remember Sir Humphrey? 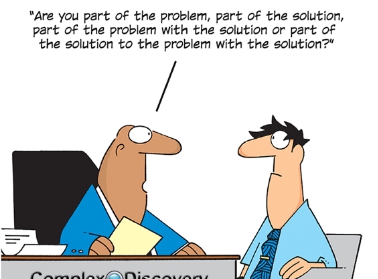 What may also survive, unfortunately, is the "not fit for purpose" system of rail franchising.

Only TWO weeks to go to the arrival of No 3 son complete with gaffer tape, gorilla glue, hammer and nails etc. to fix the fbb's new keyboard and thus presage a return to unfettered blogging!

Next variegated blog : Tuesday 19th June
Posted by fatbusbloke at 02:00