Industry in the Shap area included the dramatic Lime Works ... 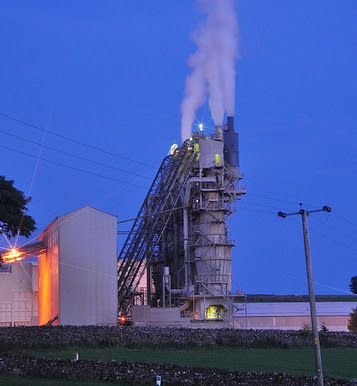 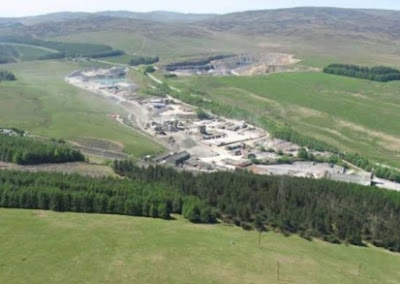 A delve back into the great Great Britain Bus Timetable of nearly 20 years ago (is it really that long?) reveals shift time buses from Appleby ...

... with a Fridyas only "shoppers" return 942. But the "main" service was the 106 which ran via Shap between Penrith and Kendal six days a week.

Other, less frequent routes ran along some of the 106's roads ... 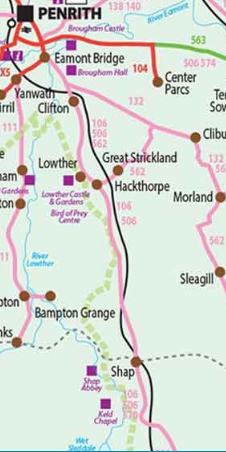 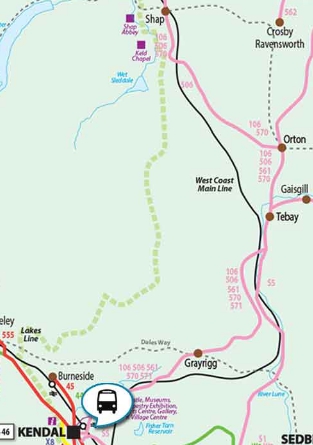 In 2014 Cumbria Council withdrew its funding and the 106 ceased. Much to Shapians delight, Reays took the service on, commercially ... ... and then promptly withdrew. Local reports say that they had failed to register it with the traffic commissioners, but no registration ever reappeared and neither did Reays 106.

Much consternation as Shap was left with a college bus ... 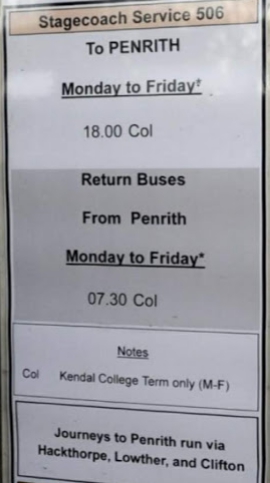 ... which was no use for getting to Penrith and condemned Kendal customers to 9½ hours to enjoy their retail therapy there!

But Parish Councils and other community groups rallied to the cause and provided subsidy for a bus on three days a week.

It was this service that attracted the attention of blog reader Alex. Knowing something of the route's history, he turned first to the Stagecoach Cumbria web site and this is what he found. (click on the timetables for larger versions where necessary) 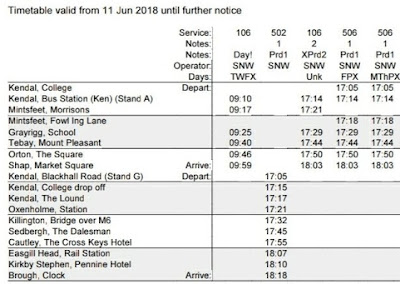 The notes are revealing:-

1 : Kendal College days only
2 : School holidays only on Tuesdays, Wednesdays and Fridays only.

So far just about OK. The next line shows:-

Day! - Day pattern is different to timetable (erm ...??)
Prd1 - Only operates on limited dates (dates not known)
XPrd2 - Does not operate on these dates (followed by school holiday dates)

To add to the farce, no times are shown between Shap and Penrith AND the 502 is a totally different route.

The heading shows all three services (106, 502 and 506) as running between Kendal, Penrith and Brough. 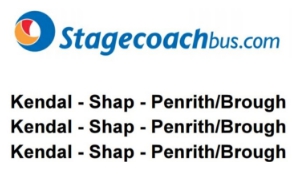 In the opposite direction, things are equally clear. 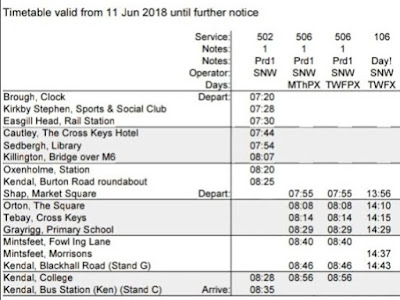 Cumbria Council produces a leaflet which includes the 106 and 506 ... 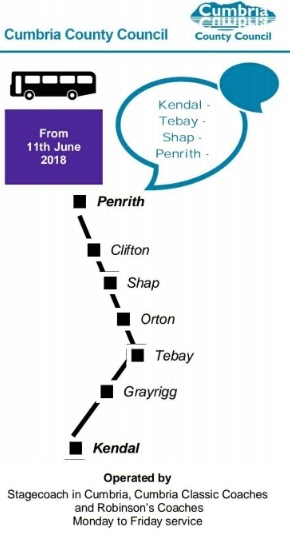 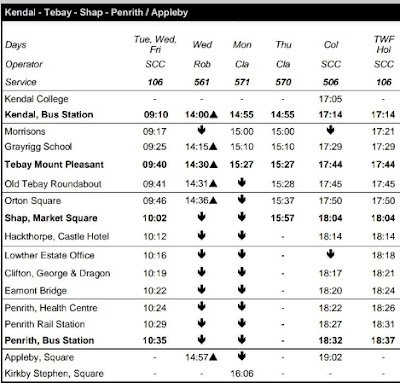 The triangles against the 561 tell you that the service is now withdrawn. But the 106 and 506 look simpler.

Yes! This is another version of the stagecoach timetable; here from Kendal to Penrith ... 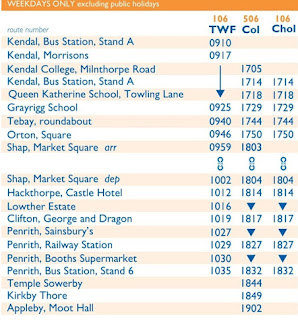 ... and below, from Penrith to Kendal 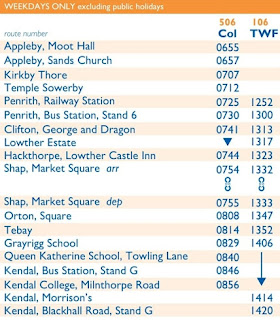 The notes (referring to the same timetable as the weird lot) are much simpler.

It is hard to understand what outbreak of insanity caused Stagecoach to publish the ludicrously off-putting originals - daftness in extremis - but at least the sensible version appears to be available now.

The "Friends of the 106" have always posted the correct timetable on their web site. 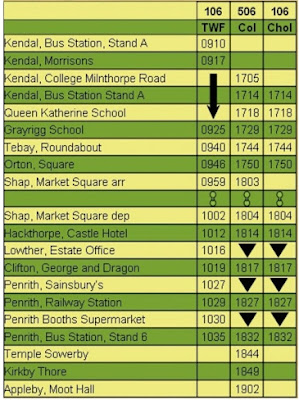 The "Friends" have secured funding for the next two years and passenger numbers are slowly but steadily increasing.

An excellent example of community funding for an unremunerative but socially essential service.

And silliness is not an exclusive prerogative of the bus industry.

Chum Julia (of recent holiday fame) had a fall in her flat on Sunday last so the fbb's nipped off to the Royal Devon and Exeter Hospital to visit. She was in Clyst ward.

And just inside the main entrance is a big panel giving directions round this vast hospital complex. 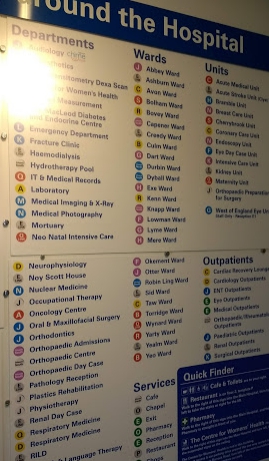 There is a list of wards in alphabetical order ...

The fbbs found it - eventually.