fbb is no expert on Scarborough or its three main bus companies. These posts were deliberately headed "archaeology" because the aim is to dig around for evidence of former transport infrastructure; on-line evidence helps but much of it is anecdotal slipped in to admiring articles about bus types and design. 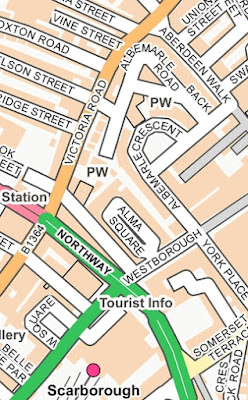 ... an unassuming street of terraced houses some distance north of the Station. 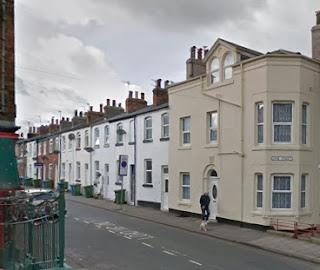 This is, at first glance, an unlikely location for a busy bus garage. 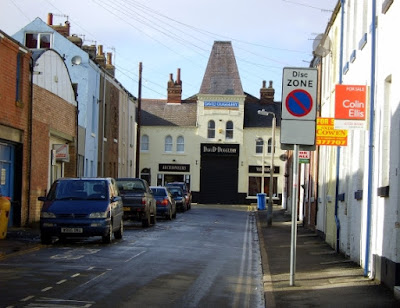 But the premises at the end of this cul-de-sac, now occupied by a firm of auctioneers, was once the home of East Yorkshire. 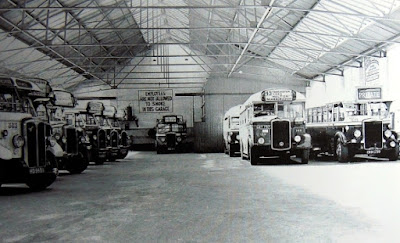 As well as a garage, it did serve as a sort of bus station as is shown by these happy holidaymakers exiting from their arriving bus and setting off, maybe for the trek to the beach. 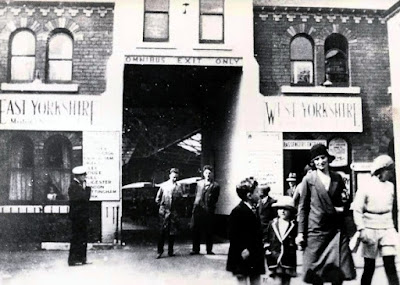 Was the white-capped EYMS employee there to blow his whistle to warn ambling visitors of the approach of an exiting bus?

The vehicle entrance was at the other end of the building on Trafalgar Street and was equally narrow. 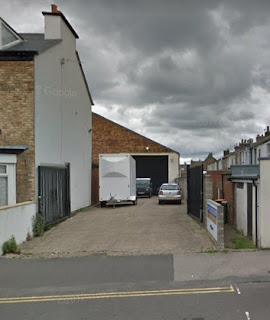 But it is all still there, as witness by an aerial shot via Google Streetview. 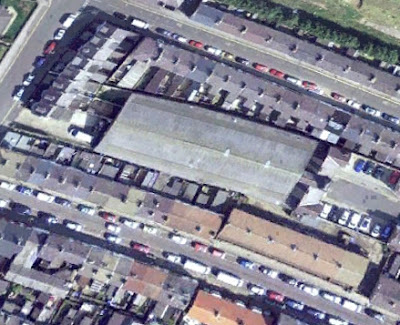 It was likely that the difficulties of ingress and egress led to the removal to a better site - of which more in due course.

And so we move to Vernon Road (upper right) ... 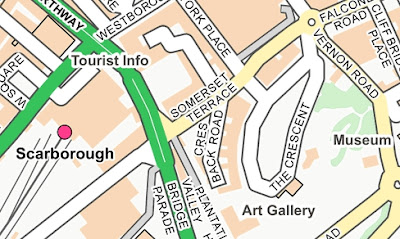 ... somewhat closer to the station. 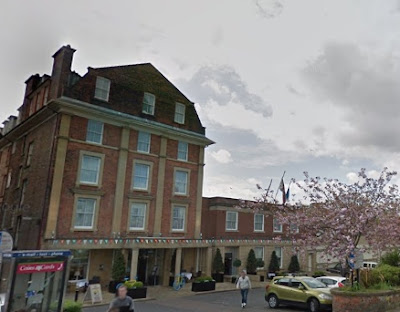 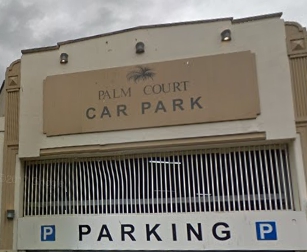 Unzoom a little and the building may evoke a few bus-user memories ... 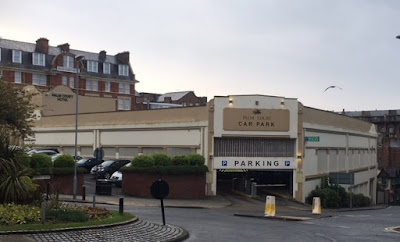 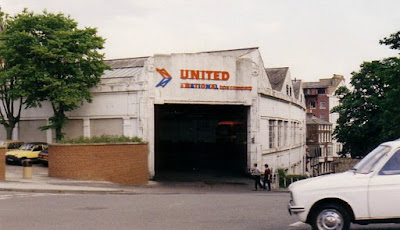 It has lost its pitched roof favour of open air parking and gained an extra floor. But the former bottom deck where coaches used to relax between duties ... 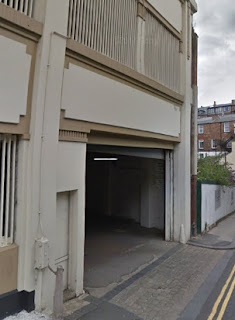 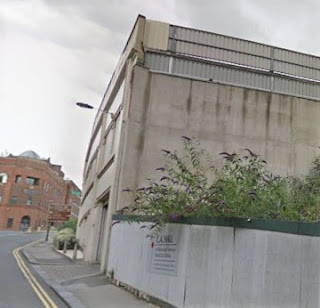 A least one on-line article suggests that there was, at one time, a bus garage on Aberdeen Walk, near the Post Office ... 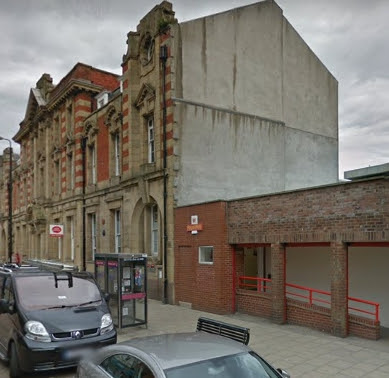 ... but fbb could find no further pictorial evidence. There were, in addition, depots for the coach hire and tour companies but these are outside the scope of fbb's archaeological dig.

Next for investigation is Scarborough's bus stations.

Higham's Horrific Happenings
The national media has made much of the present chaos on Northern Rail and Thameslink, both operations of which are beset with cancellations and chaos.

Yesterday, fbb heard from a correspondent, Dave, concerning the appalling situation at Higham in Kent. 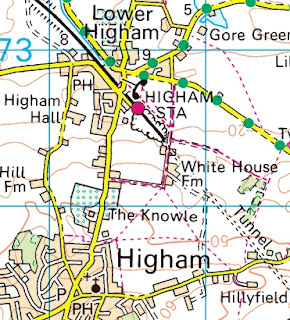 It is a pleasant little station that is blessed with a half hourly service seven days a week, run by Thameslink between Rainham and Luton. 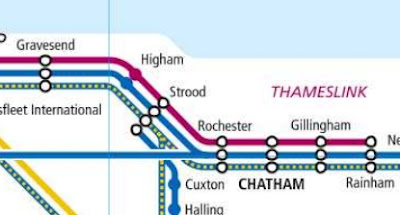 The blue line indicates occasional peak services run by South Eastern. So this is the record of cancelled trains last week.

Friday is the left-hand column, Monday on the right. 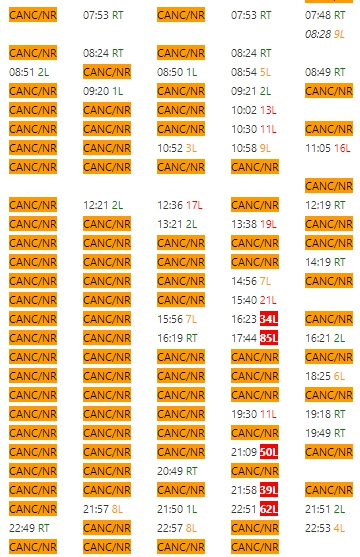 The numbers after the times are the minutes late at Higham. The orange shading shows each day's cancelled trains.

But yesterday, if you turned up at the station ... 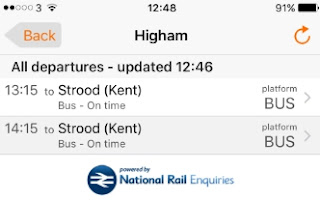 ... you were offered a bus to Strood (that's travelling AWAY from London) where, half an hour later, you can catch a South Eastern Javelin to St Pancras ... 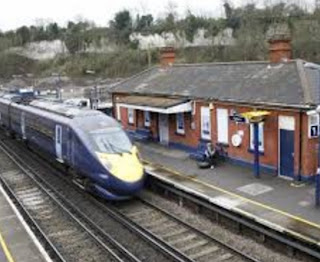 ... which whizzes happily through Higham whence you have just travelled.

Or, for TODAY, using the much vaunted Journey Planner, you got this ... 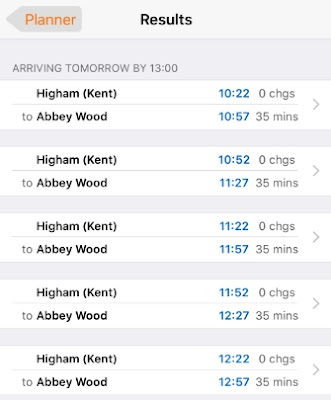 ... showing a half hourly service which will NOT be running!

How long has the expanded Thameslink been in the planning?


REMINDER
Due to technical problems (laptop behaving stupidly) blogs may be shorter than usual because it is taking up to three times longer to fight the keyboards - using two thereof and tapping whichever set of keys decide to produce the right letters.

BUSTED KEYBOARD UPDATE
Technical Support logged in to the fbb confuser last evening and pronounced it OK. But it might not be. Warnings will still apply for the time being.


Next Scarborough blog (plus) - Monday 4th June
Posted by fatbusbloke at 02:00