Times of Buses - Yah Boo, We Won't Tell You!

That's Travel South Yorkshire!
First are really keen for you to use their buses this Christmas ... 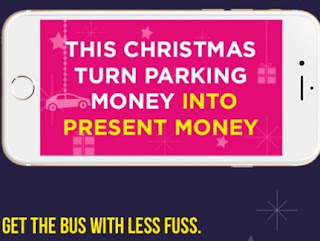 ... which is why South Yorkshire has the worst holiday bus service of any of the large urbanised districts in the UK. Here, for example, is Birmingham

Christmas Day
No buses will operate.

It's not just that Sheffield's service is the worst, the biggest problem is that the key bus times are a total secret. 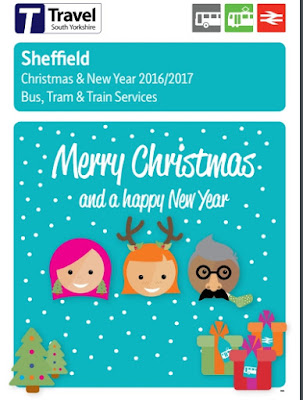 It tells us that there are no buses on Christmas Day (fair enough) and special services on Boxing Day and New Years Day, Timetables are provided for these two special days and fbb will take a look at these later.

We are also told, that, as is a faitly common policy, services will not run on the evening of 24th or 31st. So, returning to First's seasonal publicity, this means that going car-less to your knees up is impossible. This is a really positive way to discourage drink driving by having no buses on the big party nights. 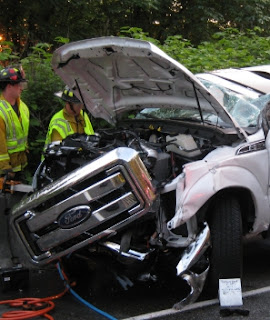 O.K., you can't blame the bus companies if services at these times lose money, but you can blame the corporate woolly thinking of the disconnected agencies which don't bring into their calculations the total cost to society of having no reasonably-priced means of getting home.

But, so be it. We are where we are. We need to plan our visits to Aunt Aggie etc for the afternoon, a nice tea and one of the last buses home.

But when are the last buses? 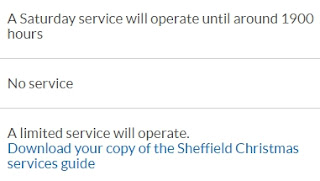 There are NO TIMES for the Christmas Eve shut down.

But there is a link to the TSY non-leaflet which customers can download; because we cannot be bother to provide a printed leaflet.

And, as we might guess from the Rotherham, Barnsley and Doncaster leaflet reviewed yesterday (read again) ...

... the on-line non-leaflet is no help whatsoever. The non-information for New Years Eve is equally "non".

Heaven help the passenger who wants to use Powells service.

fbb has absolutely NO IDEA what that might mean and, he suspects, neither does the compiler of the "leaflet"!

In case you wondered, there is nothing at all on First's site. Christmas, it would appear, is cancelled.

fbb is almost lost for words - but not quite!

It is a disgrace that the Sheffield Bus non-Partnership is so cavalier with its customers. The idea that you would make a drastic alteration to the timetable AND THEN KEEP IT A SECRET is indicative of the gross incompetence of all concerned.

Partnership heads (i.e. Travel South Yorkshire!) should roll - but they won't because senior management neither understands nor cares.

It is highly significant that Stagecoach Supertram (do we run buses as well?) ... 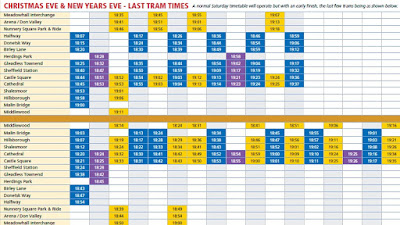 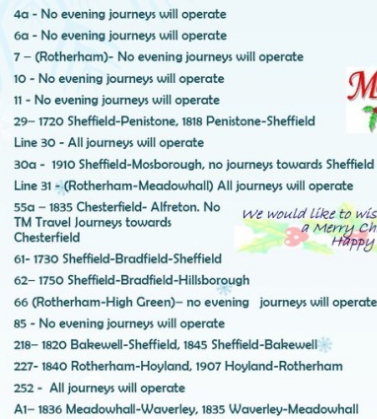 ... neither of which is a member of the bus partnership, have both published more helpful information. fbb understands that the tram publication is (or will be) available as a real printed leaflet (a jolly good idea, Sheffield Bus non-Partnership) but does not know about T M Travel.

fbb has winged a request for "proper" last bus times to First and Stagecoach and, to their credit, First have responded promptly. thanks all concerned.

Perhaps this information will eventually appear on the company web site?

And thanks to some really hard work by the GoTimetable Sheffield team all the data currently available will be in place very soon, hopefully tomorrow. A few "display" issues are outstanding but a couple of screenshots will illustrate what will be available.

Timetables for Boxing Day and New Years Day will be added ...

... and times for the Christmas Eve and New Years Eve early shut down will be shown in the index display.

It would appear that GoTimetable Sheffield may be the only place to find these early shut-down times.

This blog is shorter than originally planned because fbb's input to GoTimetable involved busy tapping and typing from 0800 to 1700 leaving less time han usual to complete the past. The omitted bit is a few comments on the actual level of service on Boxing Day and New Years Day.

This will now appear tomorrow. 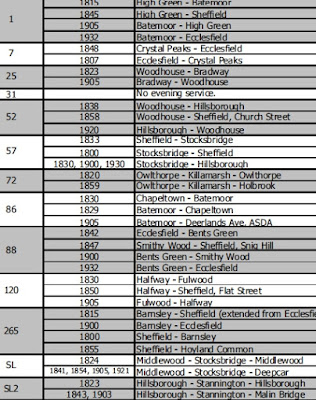 So the gift of "free will" seems to bring the consequence of "bad stuff"; and for however many thousands of years passed from pre-history to the end of what we call The Old Testament there is a roller-coaster ride of Good News and Bad News, Success and Failure, Progress and Regression.

Time and time again, holy bog guys (the prophets) poured out their vision of a better future. Here is Isaiah again:-

He will not judge by what he sees with his eyes, or decode by what he hears with his ears; but with righteousness he will judge the needy, with justice he will give decisions for the poor of the earth. 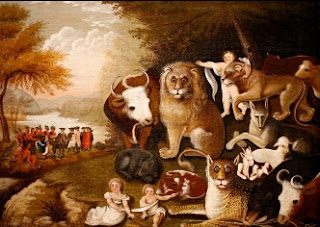 And in a challenging vision of Peace on Earth ... 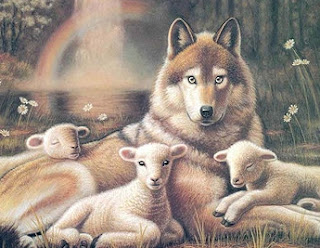 The wolf will live with the lamb, the leopards will lie down with the goat. The infant will play near the hole of the cobra, for the earth will be full of the knowledge of the Lord as the waters cover the sea.

Surely this vision is totally unrealistic. There is certainly no sign of it in today's' world.